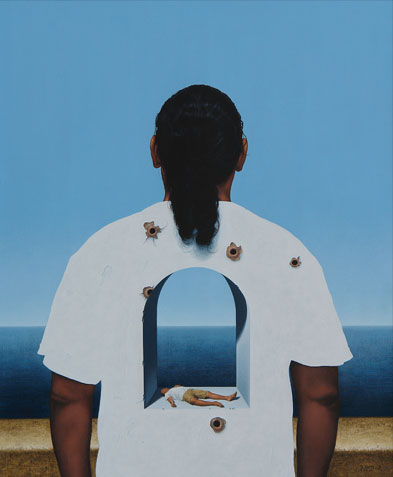 A particular relationship between the human being and time reveals to us the present work of Rubén Alpízar. All that inwardness that survives in the scenes he is constructing has not sufficed him to enlighten us about the dreams we will advocate at all costs, that is why he invites us to a very peculiar tour. As if he were answering Gramsci’s questioning about what man is or, more precisely what could man become, to conclude defining it as the process of his acts, Alpízar faces us with human irrationality in his ironic parody of Creation in Ashes of Paradise. This universal diagnose of his places us in the coordinates of our contemporariness, very close to the destruction of all that has been created.

Following that emphatic enunciation, Alpízar begins to present the places inhabited by this intimate reflection. They are compartments where faith or anguish, plenitude or sterility, scorn or freedom, occur. In the end, multiple spaces where he clears up that conscience of himself he wishes to share. We then become witnesses of those panoramic views he illuminates as if he simulated the days in his series Donations with Intrigue, which portrays a proximity that acquaints with the formerly phantasmagoric and alien city where his characters intermingled. Although one of the cardinal borders of that city has fallen, we always recognize it in that vastness of sand where the Trojan horses suspiciously go grazing.

These transfigurations we discover in Alpízar’s work continue to orchestrate themselves like a game to dissect history, this time under cover of the landscape and the self-representation. The scenes undoubtedly belong to the urban milieu; some of them, however, have a cosmologic breath, particularly when the artist becomes that Icarus that relapses into utopias. Our attention is drawn by the way in which he has become a being that gives faith of the tensions of an age, making use of his own corporal space. In his manoeuvre with the portrait theme in the series The Taste of Tears, the artist time and time again faces the sea, and that sea is horizon and frontier, just the same as circumstances and each distinctive quality are. In that intimate space of freedom where thought expands, one may choose between jumping, flying, remaining; in those ordinary crossroads of social oscillation that Rubén Alpízar insists in condensing like substances of his body. Let us hope that when he consciously discovers that knocking down along the road already apparently of no return of the many daily cases of violence in which we see him as Saint Sebastian, with swords almost reaching his skin, it may still be possible to revert the processes that have originated these parables of a present located as our own. 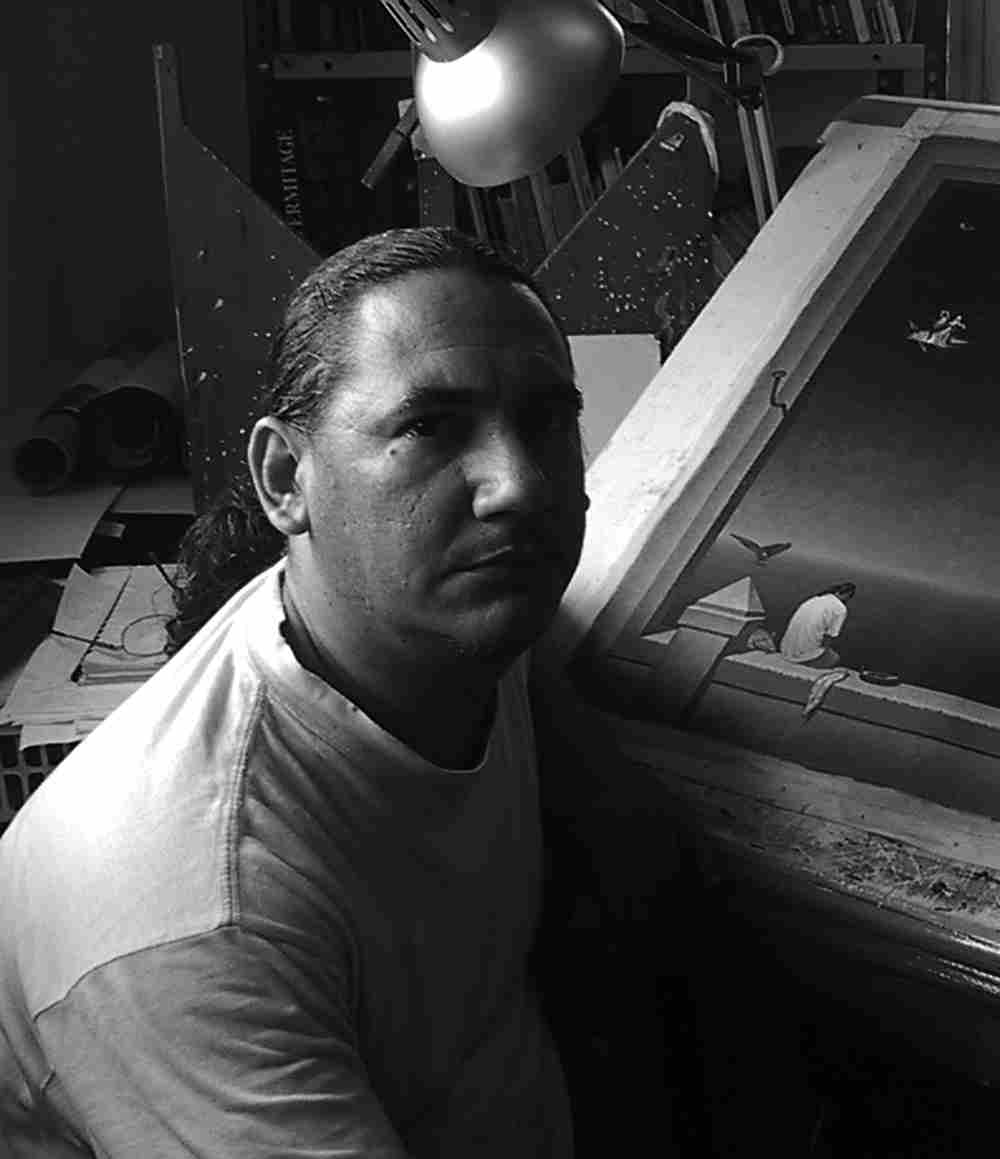 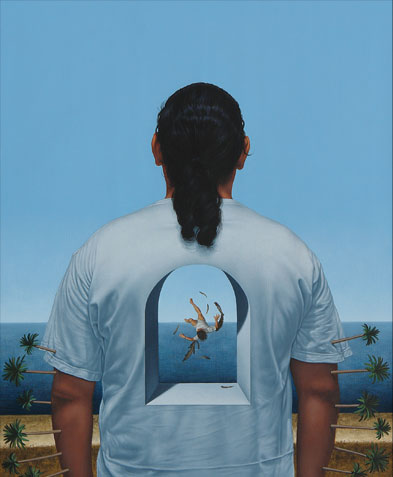 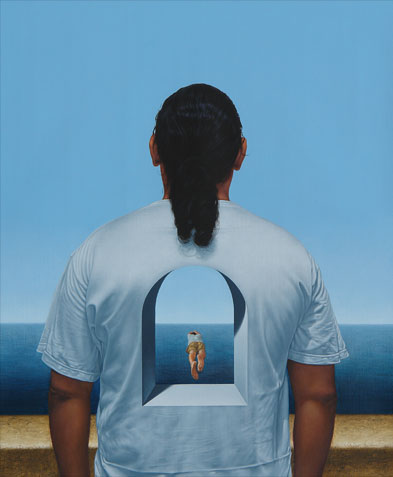 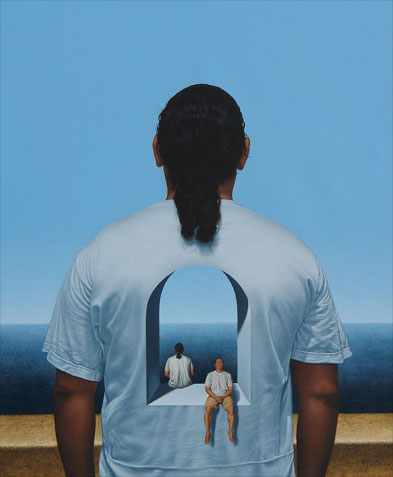 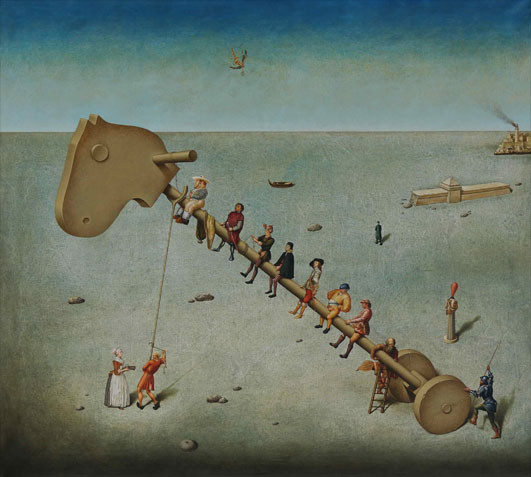 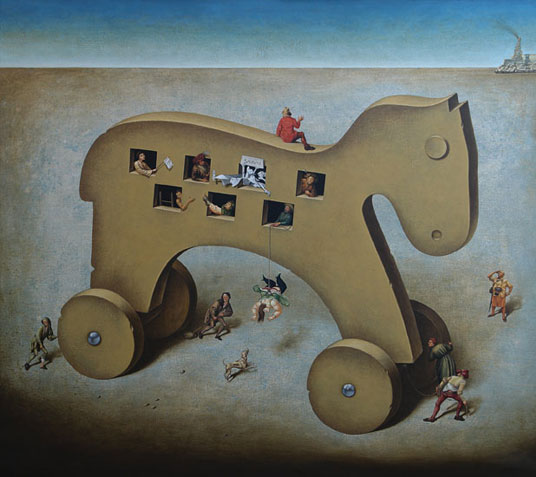 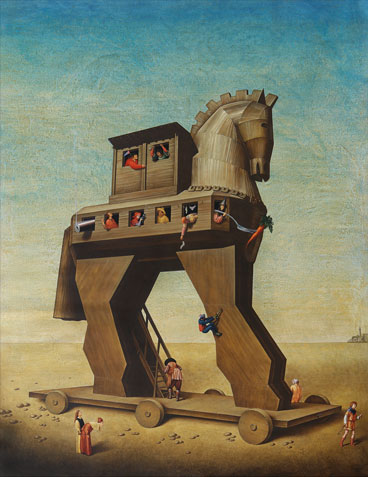