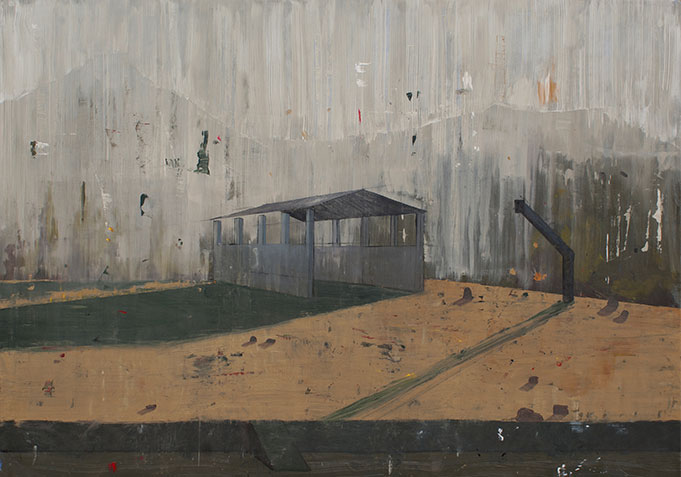 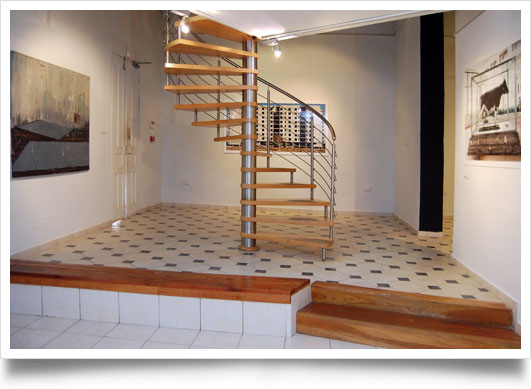 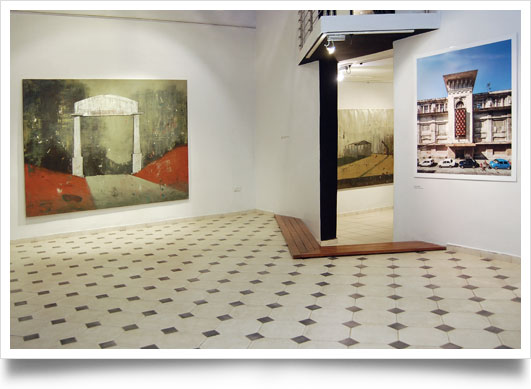 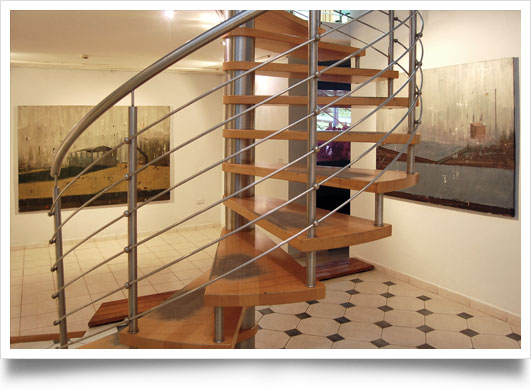 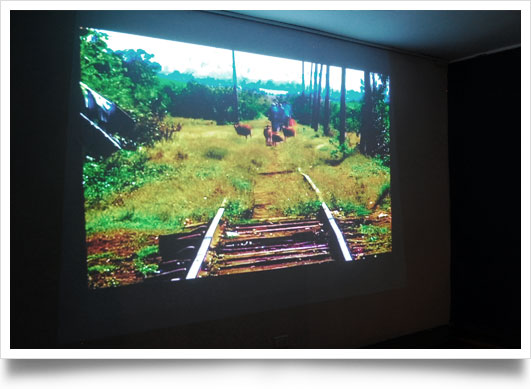 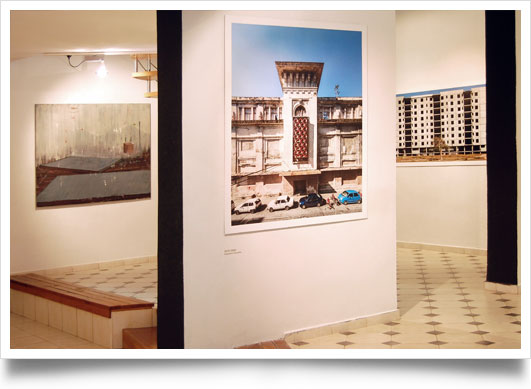 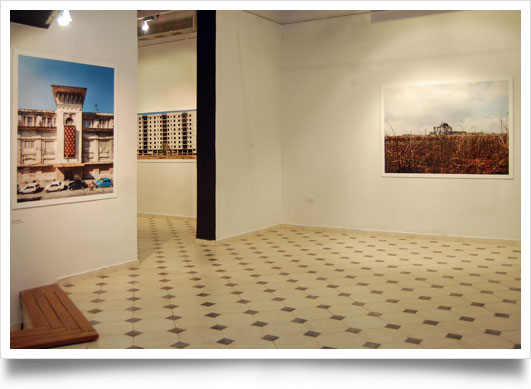 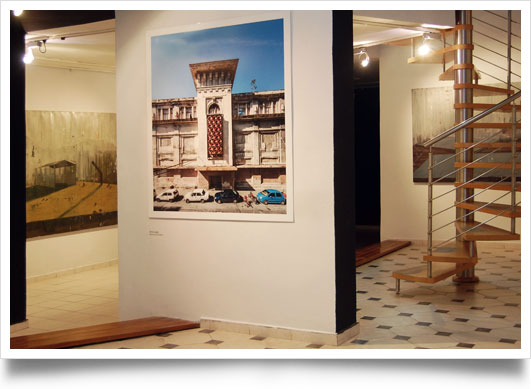 The plant reappears. Now the landscape is much more arid there has been a fire. We park on the edge; one can feel the electricity running through the cables that go to “the atomic city”. The countryside has a black shade, a tint, the clouds hide, the light changes in a minute. I think of the relation of history with matter, an interest in the human, the feeling of abandonment, a readymade but the other way around, the nevermade, a technical reality assaulted by something organic. In the end, when the human beings retreat the rest of nature invades, I don’t feel attracted only by the space, by the landscape, I feel attracted by the material they are made of, pipe rests transformed into water tanks in the peasants’ homes, in Cuba the matter is not destroyed, it is reused, history as something powerful and vulnerable at the same time.
Policeman – identification.
The sun hides in a cloud.
-You can’t remain.
– Marce, watch the sun.
Cold weather, wind, the clouds run, the light is veiled, the sun.
Neither the plant nor the building get to be ruins like Campins’ places in Minas de Frío or the hermit’s vessel in the documentary La Marea (The Tide) or El central Hershey (The Hershey Sugar Factory); the ruins of these buildings is in another category, they are ruins that never had any use, what was ruined in these buildings were not the buildings in themselves but the idea, the purpose for which they were conceived.
– Marce, watch the sun. I need a bit of light on top of the dome, contrast.
– I like gray clouds.
– You can’t remain.
The policeman is kind, we explain to him. He ends by talking about photography with Ale. I look at the dome, the immensity of the ruin, the immensity of the utopia. Time not only changes things and our perception of things, our perception of things changes although time does not change them. Speeches from the eighties, Caribe TV set, black and white, rocking chairs.
– I saw a publication in Facebook – Ale tells me – a photograph of a cassette and a pencil, it had a sign that read: “our children will not understand the relationship between these two things”. And it’s true, I used to go to parties with a pencil and a cassette in my pocket to rewind the themes.
No one under 30 years of age is going to understand our fascination for the Nuclear Plant. They did not live that moment; they did not listen to the speeches. My nephews who are 8 and 10 years old have not lived under the presidency of Fidel, at least not consciously. I miss that feeling I had when I was a boy of living in a country that was making progress, a country with a future.
– I think the title will be unfinished symphony for an atomic awakening, he says to me.
Police again.
– and that gadget, what does it do, scan? do you know what this place is?
What most turns my head from all these landscapes, from all of them, those of the ship, those of Minas de Frío painted by Campins, at least to me, is the vulnerability, the concrete Taj Mahal, which must be one of the most solid constructions ever built in Cuba, is still vulnerable. Not only was it going to be vulnerable to a hypothetic meltdown, like the Yankees say, molten downwards, would be the literal translation, they say that’s what happens, it’s vulnerable to time, vulnerable to history, and above all things, vulnerable to our way of perceiving it. The first image, the first emotion does not escape me, the concrete moon coming out among the banana trees, it was to very real. A post industrial reality. The first time we came I couldn’t avoid seeing the plant like that, one day after the cold war, a beautiful surface, defeated, a pure landscape, deprived of usefulness, an idea in expansion that contracted, a dwarf star. Today I see nothing but the complexity of history, and as part of it, the complexity of utopia. Today I see nothing but the human behind the cement moon, nothing but the human behind Minas de Frío, of the forgotten court. Voices in the train, inertia as expression of force, but also of immobility. The history of Cuba as the history of opposition to great things. Perhaps the cement moon is the expression of this same thing. The expression of utopia, or metaphor of The Old Man and the Sea, struggle against the elements, against the changing forces of history to arrive at the shore only with the shark’s fins.
Again that feeling of being in the zone, the feeling of being in front of something that was going to have enough energy to unleash a mass event. The shelf of the Nuclear Plant used as kitchen table at the peasants home. “The fortuitous meeting of an umbrella and a sewing machine on a dissection table.” Lautréamont?, the barking of a dog, the eye white, wasp white, television batteries, car batteries for the light. “All those things that, because they are together, we call universe”. Borges? A pencil, a cassette, Soviet Union, Cuba, USA, cold war. It was going to be a nuclear plant, but is it one? we were going to be a communist country, but…?
We penetrate deep into the woods amid the burnt marabú. Ale looks like a 19th century painter, now with tripod and scanning gadgets and policeman, I feel that his relation to the landscape is similar to Campins’ and Capó’s. The three share that fascination for the landscape, for the human inside the landscape.
– Marce, look at the sun.
– It’s going to be hidden for some time.
The cement moon, a sun that hides. Bananas.
…
Fragment of the book La tradición despótica  (The Despotic Tradition), Marcelo Morales.

Inertia. All Pantographs Go to Heaven 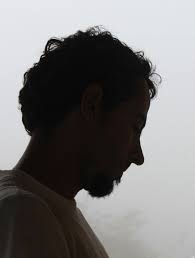 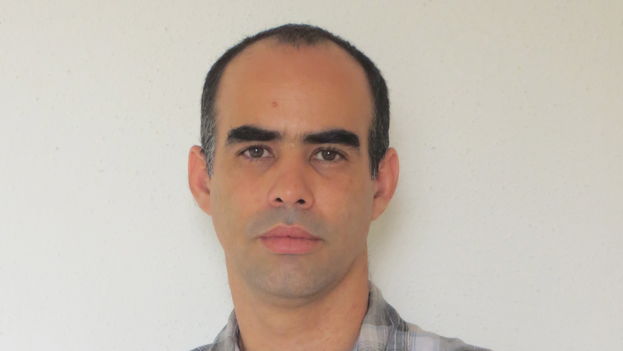 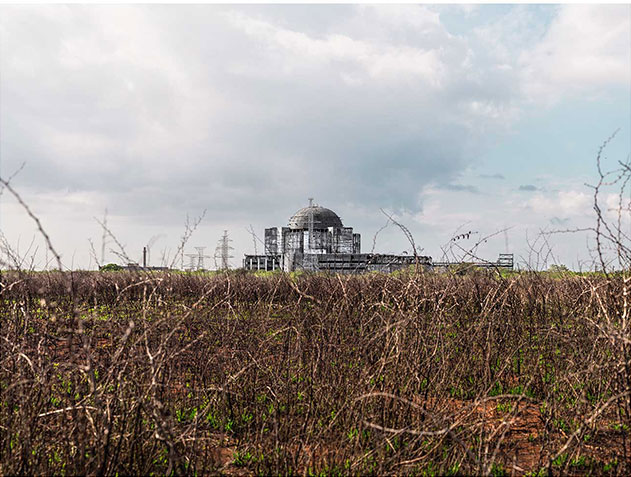 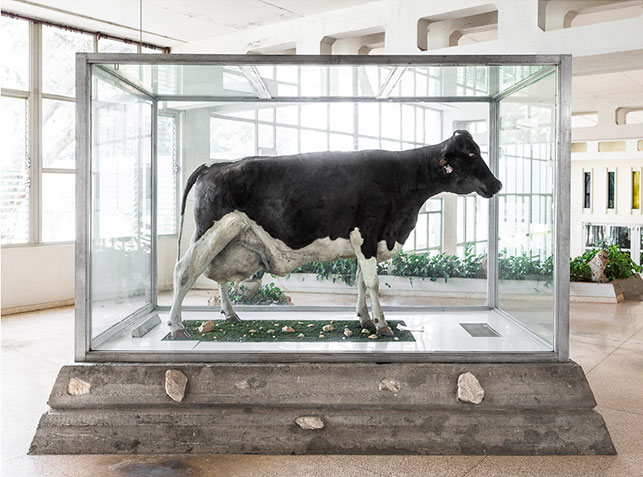 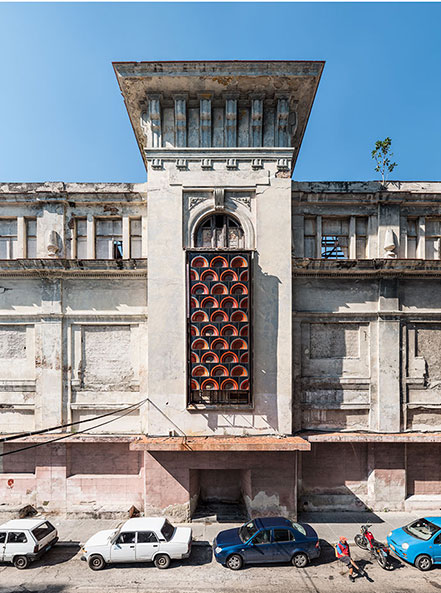 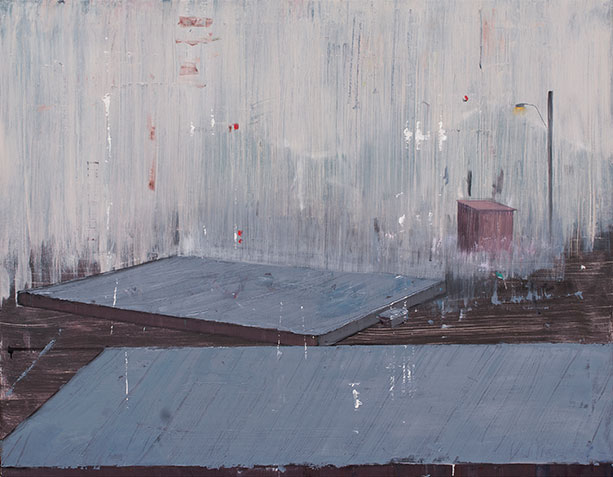 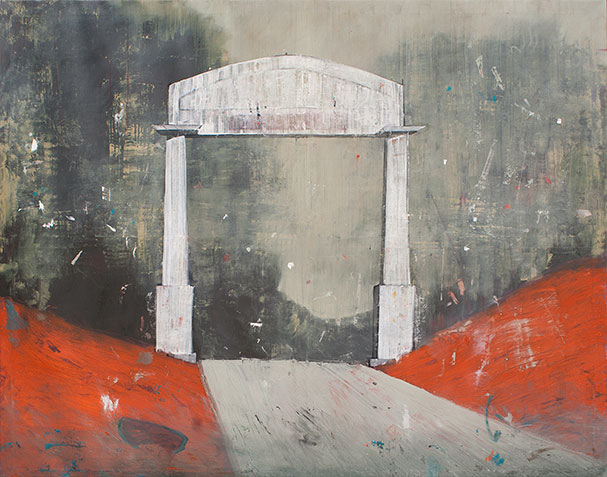 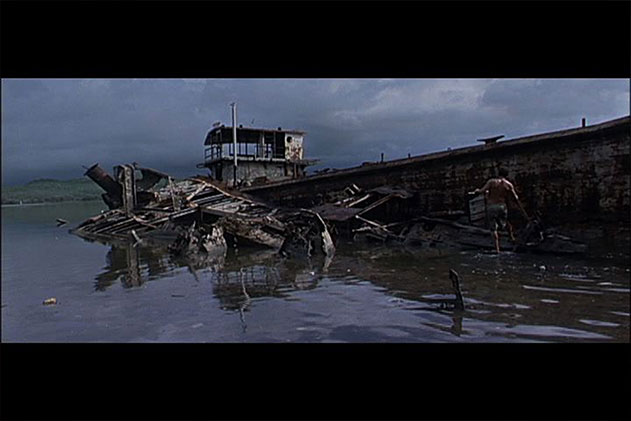 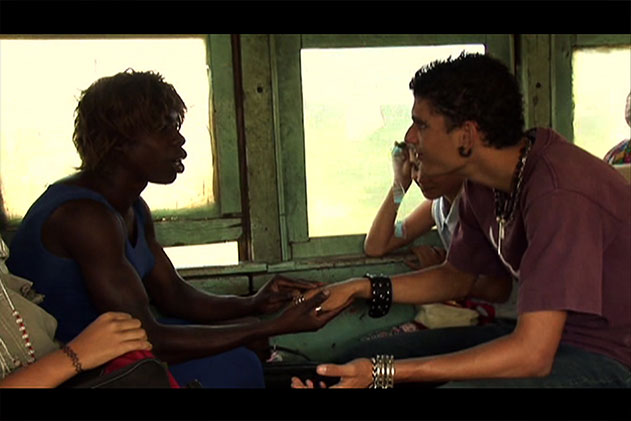