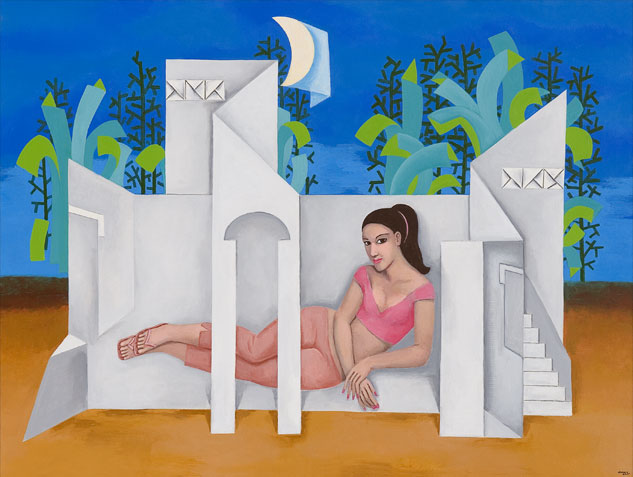 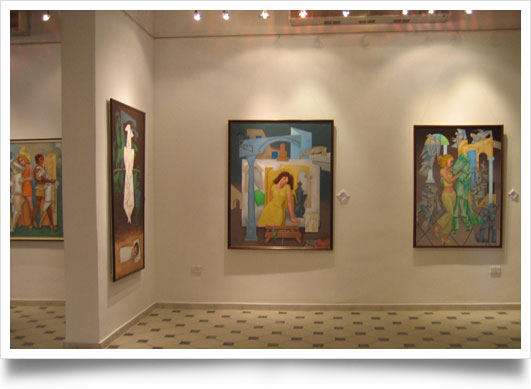 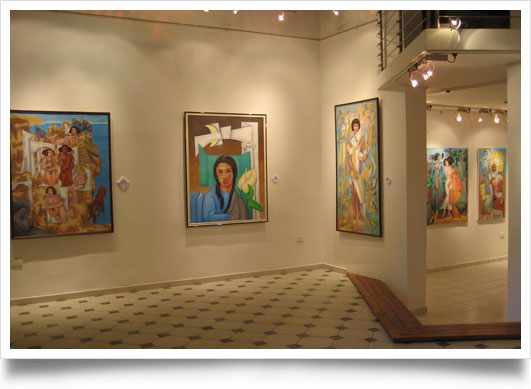 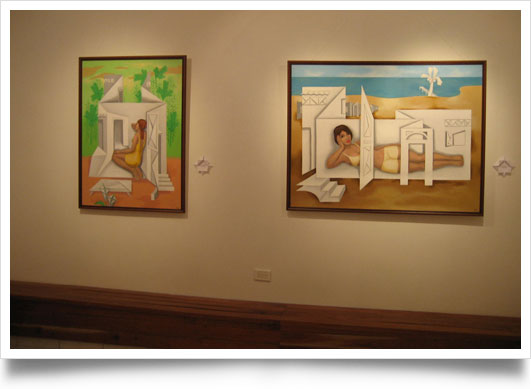 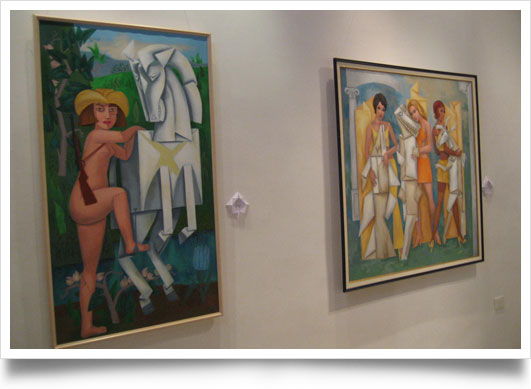 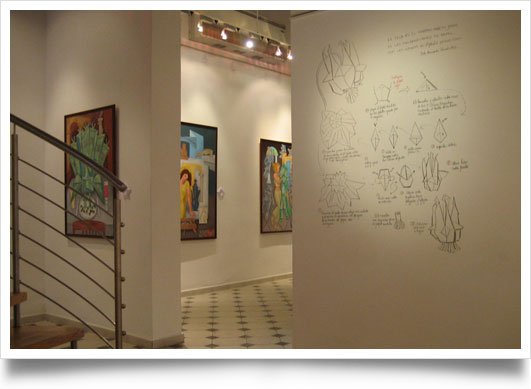 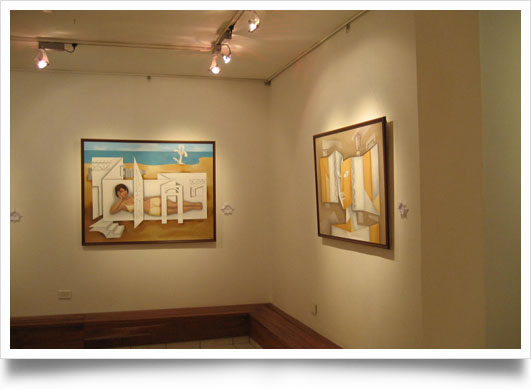 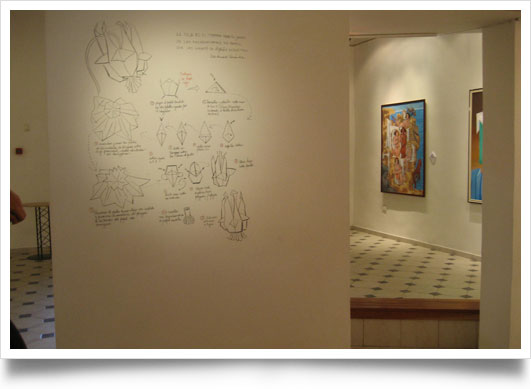 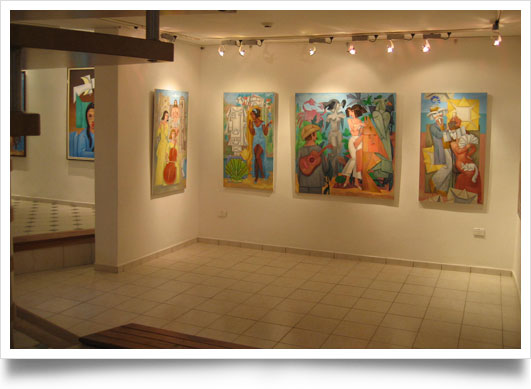 Adigio… From Post in Search of… title of the exhibition that gathers the most recent works by Adigio Benítez Jimeno (Santiago de Cuba, 1924), artist of a long career and acknowledged prestige (National Prize of Visual Arts 2002 and National Prize of Art Teaching 2003), is a provocation to reflect on the nature of his art in these times when the visual creation broaches new spaces of reality and traditional codes and languages are being transformed.

That impression of renewal and freshness in Adigio’s work which has been acknowledged by the art critique and the public is, in my opinion, based on his indisputable talent, but to a great extent it is also the result of his high esteem of what art is and should convey, since in his almost sixty years career in art he has been permanently concerned with avoiding stereotypes and stale formulas, and with conceiving the act of creation as an opportunity to transmit, with the very means of art, his new concepts, ideas and feelings on the most diverse aspects of reality.

The works that Adigio presents to us in this show, developed with the traditional art means and techniques in which he was trained (San Alejandro Academy, 1949) are a testimony of how in this sphere of creation the new is also associated to creativity, to the capacity to broach diverse unexplored fields of sensibility and life, translating into visual images what the artist perceives as new demands of his time.

In his works we discover the intention of expressing ideas through a representation that appeals to the beauty of the represented things, nature, persons and situations, as he himself has expressed when saying “my painting is kind”[1], and that is because that way of conceiving creation as a process of elaboration of poetic images is present in him with the figurative sense that is proper of a metaphor. The scenes that appear in his works, the use of an ample and lively range of colors, the harmony in the composition, the subtlety of his drawings, express a non-contradictory vision of life. It is a non-alienated proposal; that is his form of revealing himself and of opposing the terrible, the satanic and apocalyptical existing in today’s world.

However, despite the fact that Adigio’s art is a figurative one, it does not indulge in imitation or formulas that may be nice and successful, even for the market. The visual images of Adigio’s works employ a resource that is a distinctive element of his style those figures that emerge from planes and ply as if they were made of plied paper in the fashion of the Japanese origami, act like the well-known Brecht estrangement effect, producing a distancing that reminds the spectator that it is art, and that its intention is not to imitate reality but to reflect on it, comment it, play with it, make poetry and transmit ideas that on occasions are fantastic or unreal visions and which invite the public to penetrate the rich and infinite universe of imagination.

From those unexplored zones emerges the work entitled That Resembles Our Hope, a polyptych based on the lyrics of the song Tornado by Silvio Rodríguez. It is a work conceived in an epic style, where every scene presents an angle of analysis of the whole and which has been created to express an idea on that new reality that is paving its way in our society as the result of the leading role being played by culture in the development of the individual and of society in its entireness.

Adigio, who has gone through diverse stages by virtue of his long life in art and of that characteristic of his of not being satisfied with what has been done and always seeking constant renewal with the new forms of doing and saying, is a continuator of the modernist heritage in his permanent search of originality, in that purpose of contributing with art’s own means to the major purpose of social emancipation, and he is a post-modern who has nourished from that global vision of today’s culture to broach new themes having to do with art itself and cross cultural dialog.

We might say that at 82 years, Adigio’s teachings are not restricted to his activity as professor of several promotions of artists. There is a further teaching that Adigio is transmitting to us in each exhibition he presents, in each work he creates, and which has to do with that feature that has always distinguished him: the capacity to penetrate and broach in his works the problems of this time, prefiguring with his art the most human reality of his invented utopia, as he has expressed in one of his poems:

From Paint to Painting

That seems our hope

The beauty women and the gallants 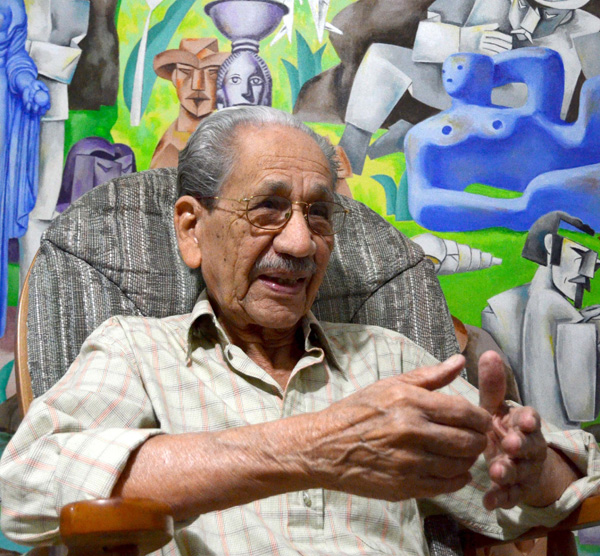 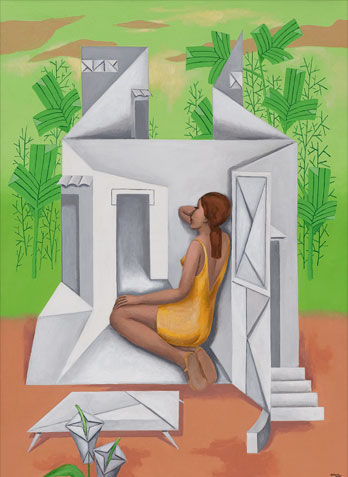 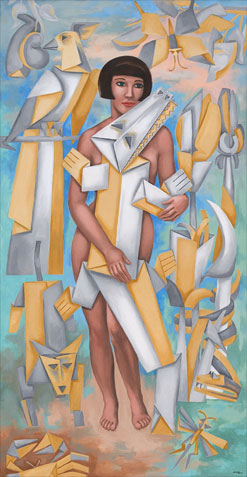 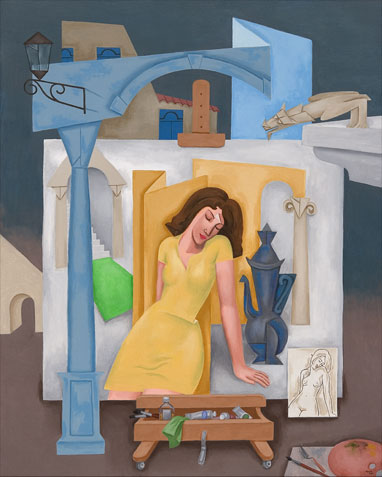 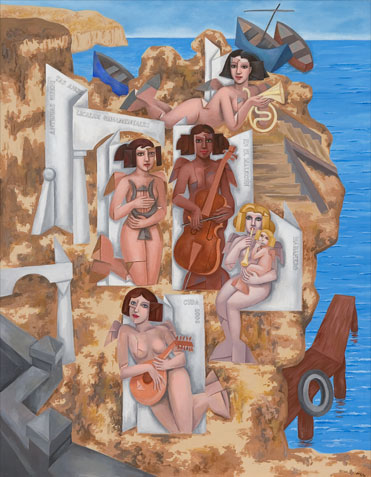 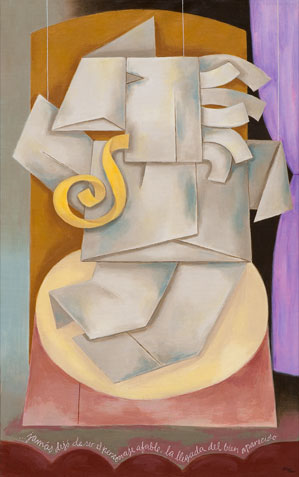 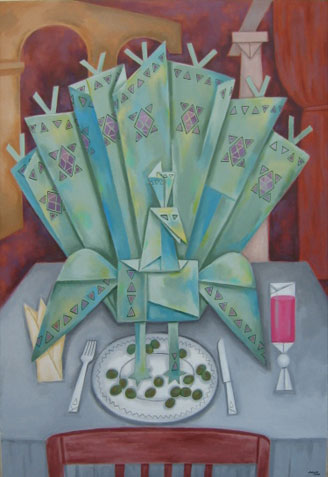 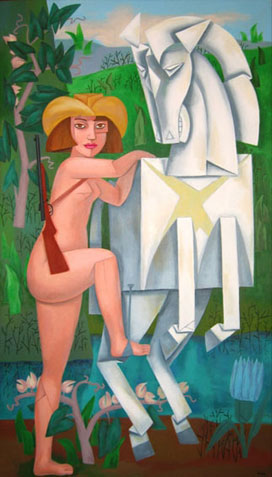 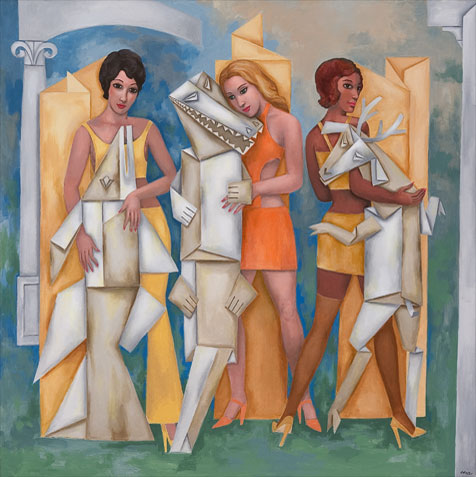 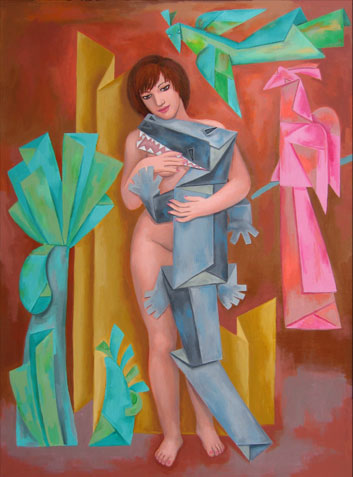 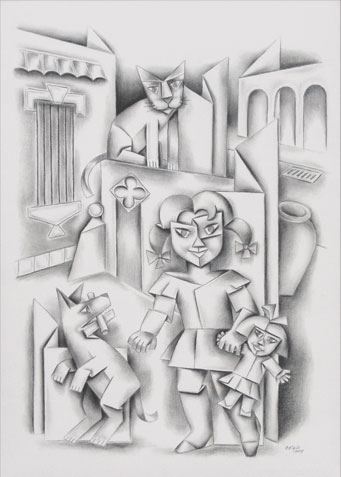 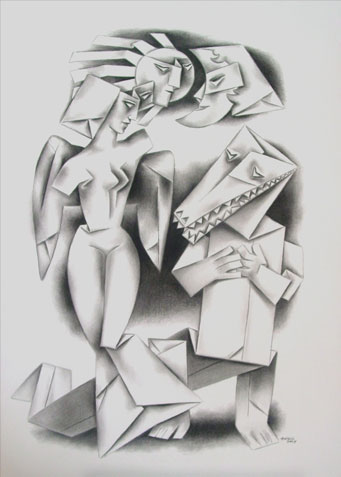 Ask
The beauty women and the gallants
Adigio Benítez Jimeno 2004