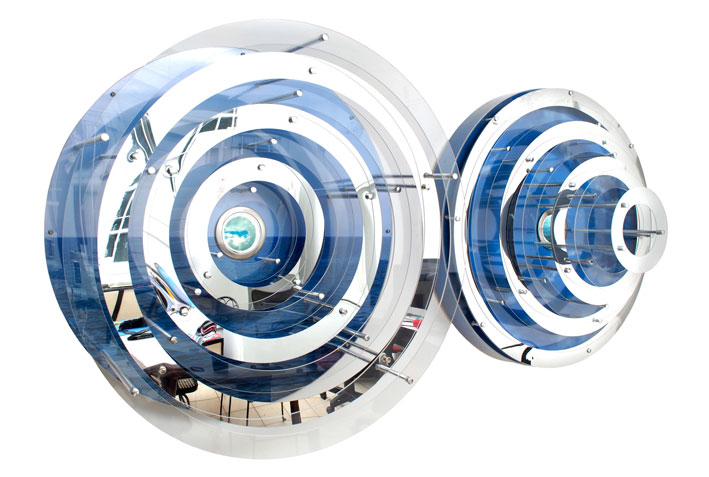 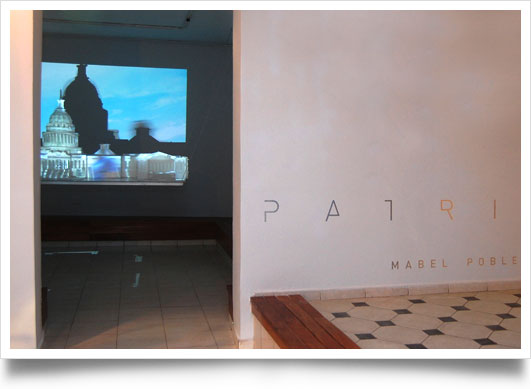 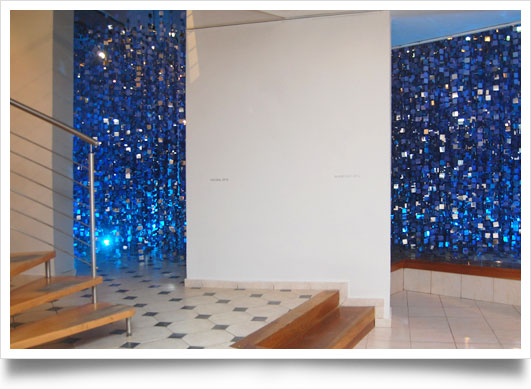 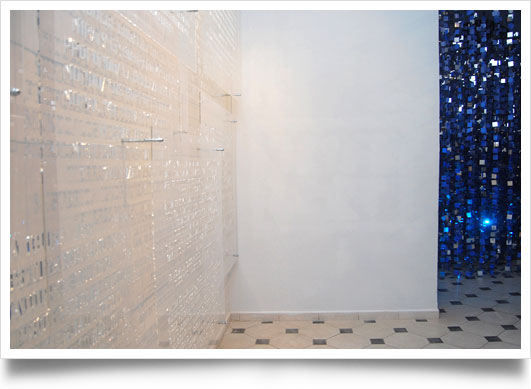 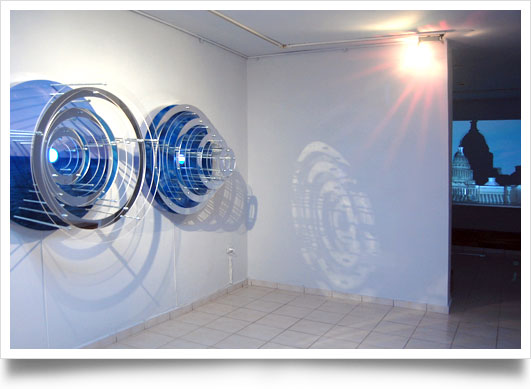 Self-definition and self-understanding are vital needs for the subsistence of the individual and the society where he develops. Time and again concepts such as Fatherland and Nation are revised, deconstructed and constructed from different spaces of knowledge. Cyclically they gain relevance for any State or people, depending of moments of crisis or great opportunities for a change, and that in spite of the globalization experienced by the world and the increased mobility of its human beings. The relation of the subject with the context where he was born and grew up, his idiomatic, historical, political, economic, cultural, sentimental and affective references continue to be important.

Cuba is living a moment of essential transformations, the most outstanding since the revolutionary triumph of 1959, and Mabel Poblet, like the majority of Cubans, is attentive to them. Although her previous work does not register direct approaches to themes of political nature, Patria -her latest work series, still in progress- evidences a process of civic awareness and of certain ripening of the political element in her. She has understood that the present and future of the Nation are in debate. Without major conceptual pretensions and with the intuitive nature that has characterized her creation, she shares some of her perceptions of that process of expression and constant validation of the people’s common feeling that should grant meaning to the concept of Fatherland.

A group of panels, arranged in the form of billboards, register and graphically update the evolution of said concept from points of view that at times are complementary and at times contradictory. There are some of the most lucid, evoking definitions and also some of the most excluding and hierarchic ones, including the simplicity of the children’s vision who assume that Fatherland equals Revolution and praise peasant music and remind us of the need to defend it from anything that comes to attack it, whether that something is political or natural. I guess regarding our battles, also epical, against cyclones. Opinions denying the sovereignty of the Fatherland or justifying meddling or aggressions against Cuba or its nationals have not been included. However, other more personal fatherlands may definitely be included, responding to the passion of the citizens to live freely not only with regard to other nations but to the domination and intolerance established by domestic privileges.

It is evident that in this historical moment we Cubans who have remained on the Island are not the only ones who should talk about the Fatherland. Marea Alta (High Tide), the installation made up by thousands of fragments of photographs of the sea that Mabel compels us to dive into, tells us of the possibility and the need to reach, to embrace “the other shore”. It is well-known that in Cuba the sea has been recurrent transit for the irregular emigration, and that through the sea many Cubans achieved their dream, others were rescued and had to return and a considerable number died. The piece does not insist on direct references to the migratory tragedy that, although still part of our reality, slowly gives way to orderly, less painful displacements. In relation with its title, it suggests a reflection on the periodical changes in the state of nature and things, about the urgency of growing from an inclusive will, paying heed to the other party. In this piece the sea does not wish to be a retaining wall but a metaphor of life, of hope.

The possibility of returning to the country, of attempting a life experience abroad and returning to the Island with rights and duties was almost impossible for any Cuban until only two years ago. Repatriation processes used to be very annoying. In many cases -it should be clarified- the return was neither desirable nor feasible for the citizens. But with a relevant change having taken place in the migratory norms and the stimulation produced by the changes in property and self-employment issues introduced by the Cuban government plus the crisis being faced by some of the receiver countries, the return today is a true option. In and Out, made up by rings whose diameters increase or decrease indicating a two-way road -with the sea again as motif and in this case also the sky- attempts to validate, to celebrate that process. It is the clear expression of Mabel -and through her of the Cuban society- of the non-postponable wish that Cuba may be definitely open to its children, that it be the ever possible and desirable place to return to.

In the near future the Capitol of La Habana, now being restored, will resume its original functions of venue for the sessions of the Cuban parliament. Mabel takes the lead and makes it dialogue with the Capitol in Washington, inspiring model of the Cuban project in times of the pseudo-republic. She plays with the true symbolical and political value of both buildings where allegedly the future of relations between both countries will be finally decided and therefore the impact it will have particularly for the future of Cuba. She contaminates the model of the North American building with several videos made in the surroundings of the Cuban building. She warns on the need of transparency throughout this entire process and on the aspiration that it will impact in the most positive and balanced way on the life of the Cuban people.

All the works have been achieved with elements common to her previous pieces: the photography, the fragment, the object of strong physical presence, the serigraphic operation, the mirrors and, in general, the esthetic concern. But as never before, Mabel has postponed her own presence. All the works demand certain interaction level; the Fatherland must be a plural space of less homogenous construction, complex like reality. José Martí already said it, even at moments when it was the Cuban independence that was at stake: “The fatherland is joy and pain and heaven for everyone, and nobody’s fief or chaplaincy.” 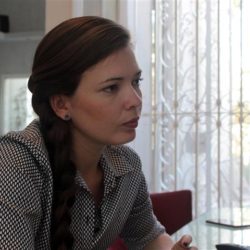 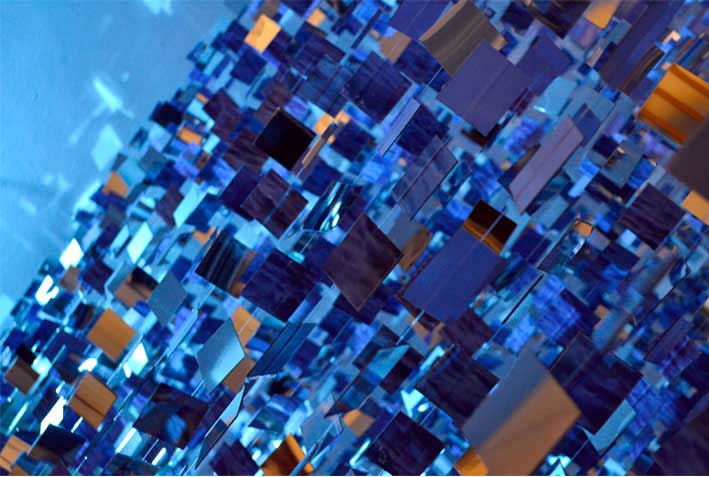 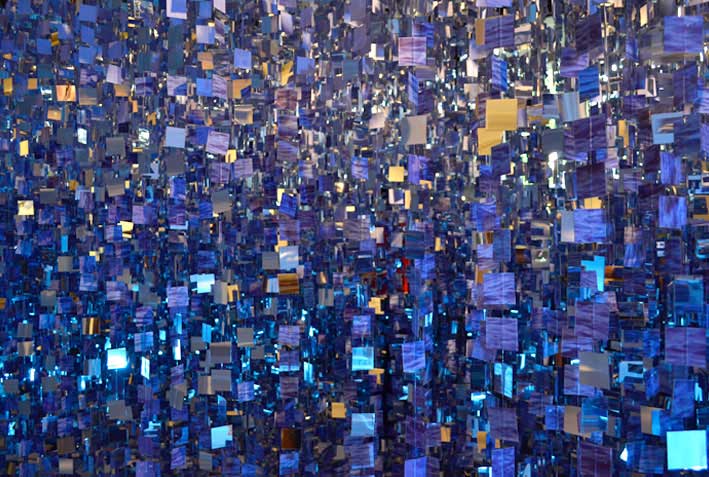 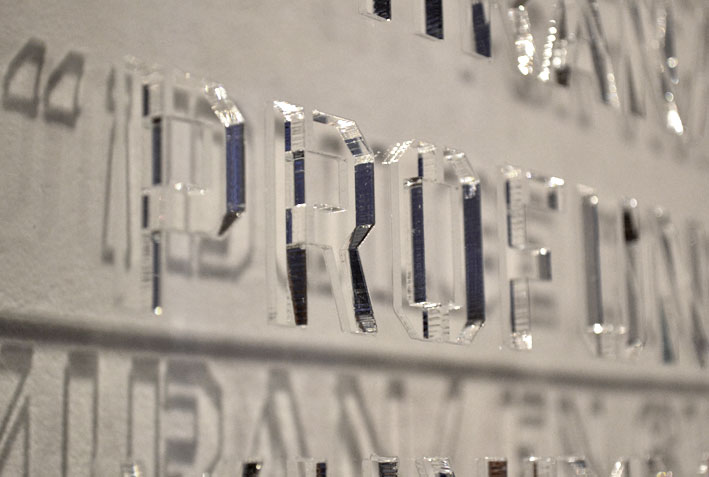 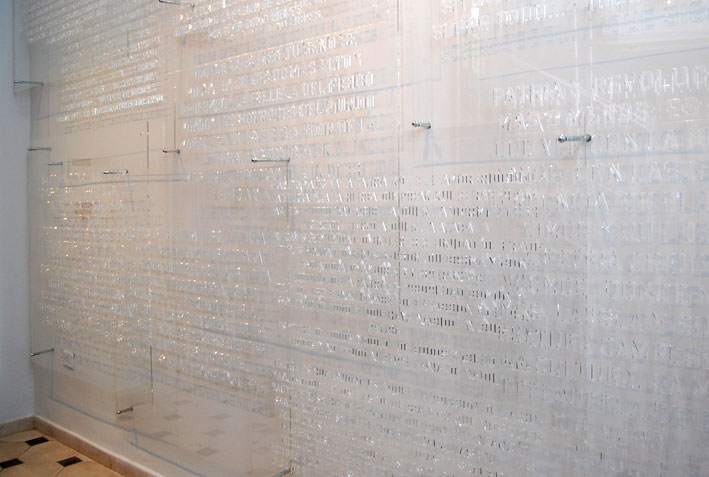 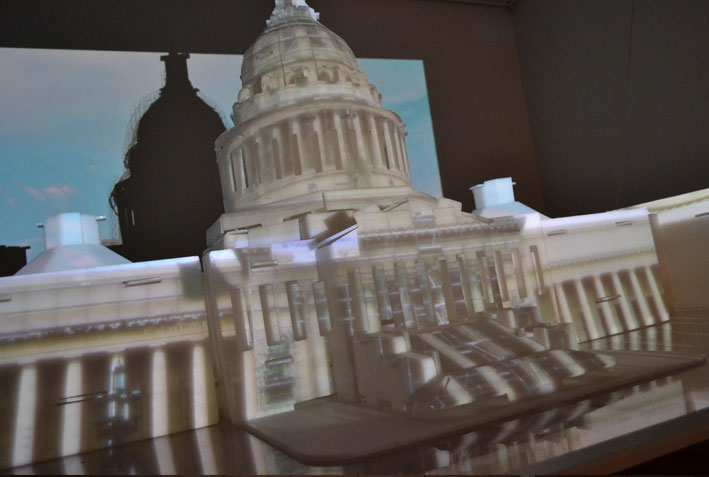 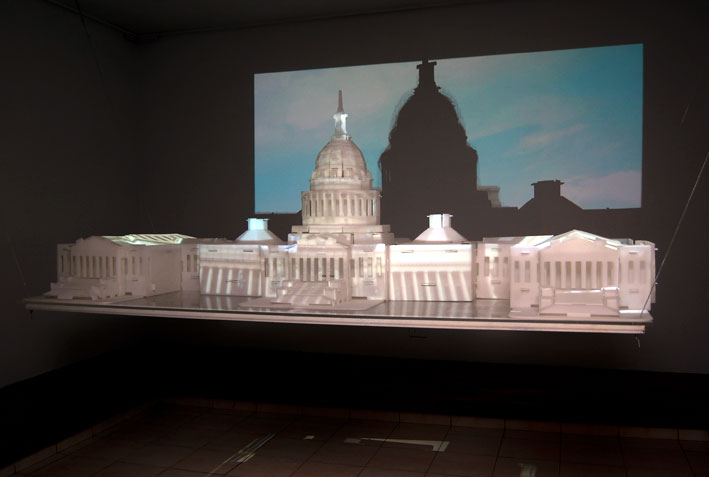 Ask
In and out
Mabel Poblet Pujol 2014