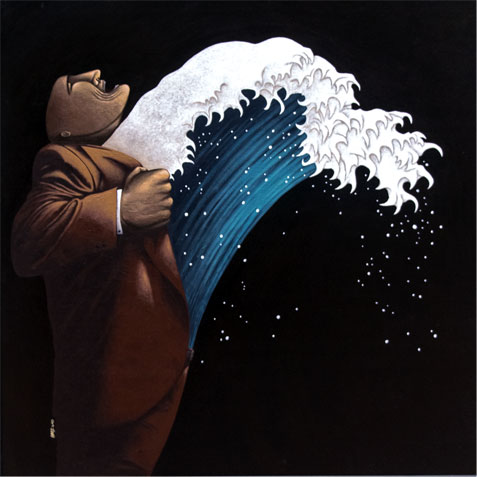 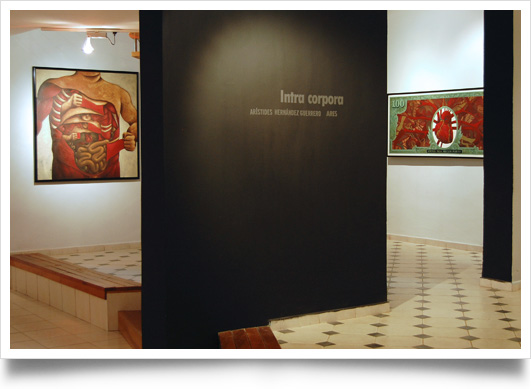 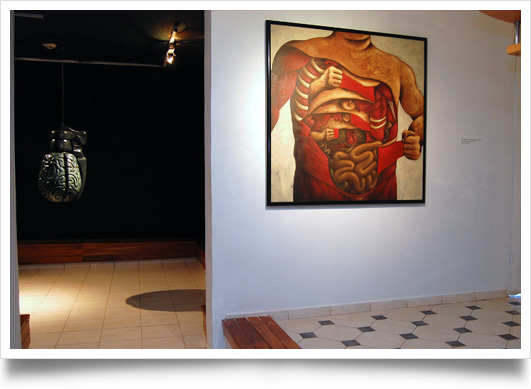 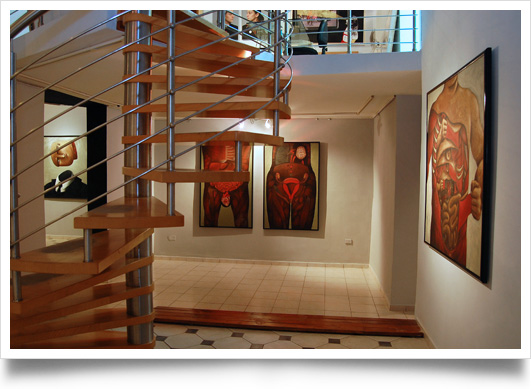 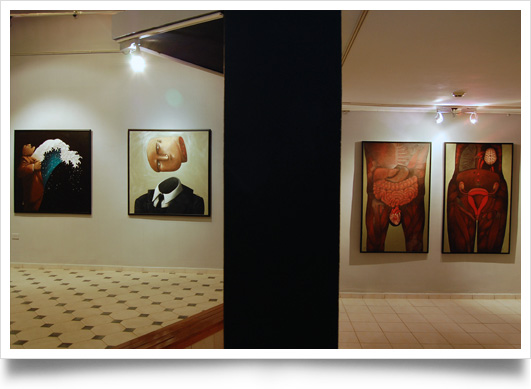 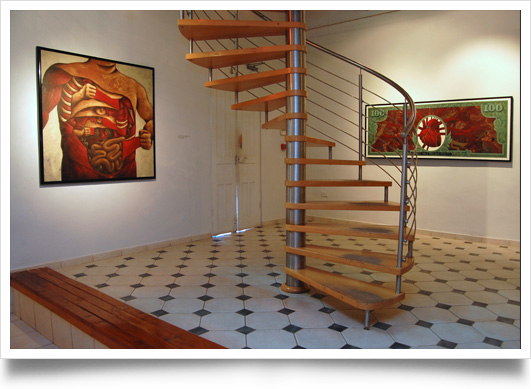 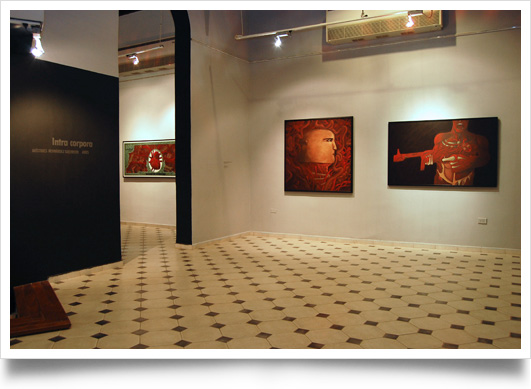 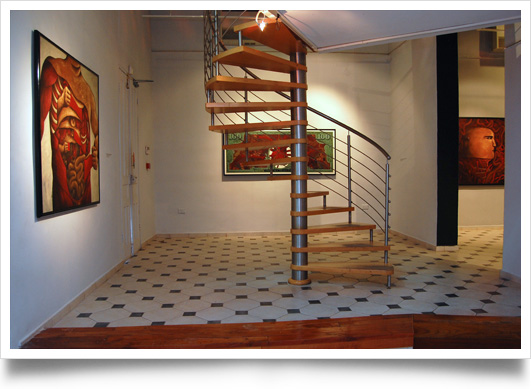 I will get the rage and horror out of my chest…
Like a father with his daughters,
when a corrupt ladies’ man goes by,
I keep in my frozen chest like a crime my ideas
of where the man goes for whom I die!
I know the man, and have found him evil.
José Martí

It has been accepted that expressionism is a sort of cultural constant that emerges at any time or context, that speaks from eternity in the passionate spirits; that prefers the naked glance because it dares search freely in the shady edges of reality and in the secrets of the soul. In the end, the expressionist is driven by the instinctive need to explore the laughable or tragic substances of life that hide behind appearances.

Such is the case of Ares, an artist who penetrates the intricacies of the psyche, forcing it to betray its secrets. Much more than the systematized knowledge he possesses with academic rank, it is common sense used with sharpness and the intimate human knowledge that enable such daring tour of the intimacies of the human being. Thus, focused on a not too frequent theme in our plastic production, Intra corpora summarizes a piercing cartography of the mental universe, discovering its slippery paradoxes.

It is a cathartic showcase in a dual dimension, since to the risk of letting things out adds the challenge of amplifying them in the extended and tempting premises of the painting expression. With these canvases, indeed, Ares re(affirms) and establishes himself as a painter. The convincing stroke, the concise figuration, the plump anatomic forms acting as habitat and leading figures of the visual metaphors that masterly condense the messages are some
of the keys articulating this very new production with its copious record of graphic images.

But here the width of the margins favors the concretion of atmospheres in which the drawing ends by surrendering in the face of the resolute stroke so that color  may reach an inexcusable hierarchy. Color, lively or measured, accurately stirred up with precise touches of white, illuminates the parts of the body, convoking us to decipher his eccentricities, like that feast of organs transformed into a (heroic?) iconography, imprisoned between the trimmings of a banknote, or like that internal subversion of the “natural order” of things -heart, sex, reasoning- like probable dislocation, according to the gender, of the vital priorities, or that of the anthropomorphic figure that attacks us with rough and visceral violence concocted and irrupting from inside.

For all those reasons it can be assured that with this exhibition Ares’ painting inserts itself with its own credentials into the strong universal and Cuban expressionist tradition. In terms of concept and language, its neo-figuration connects with “the grotesque expressive” that worked out in western art throughout the second half of the 20th century. However, the peculiar note that distinguishes him is the persistently affirmative accent of his satire. Because Ares is an incorrigible optimist. With permission of the Master he has approached the human being and does not find him definitely evil, and also like Martí, he is decidedly in favor of human improvement. That is why in the last hall a sculpture of great impact awaits us: it contains splinters of gray matter and warns us that the mind is the most terrible and vigorous, and at the same time the most edifying of weapons.

The risk of leaving things out 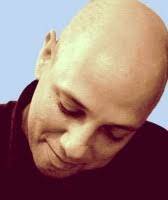 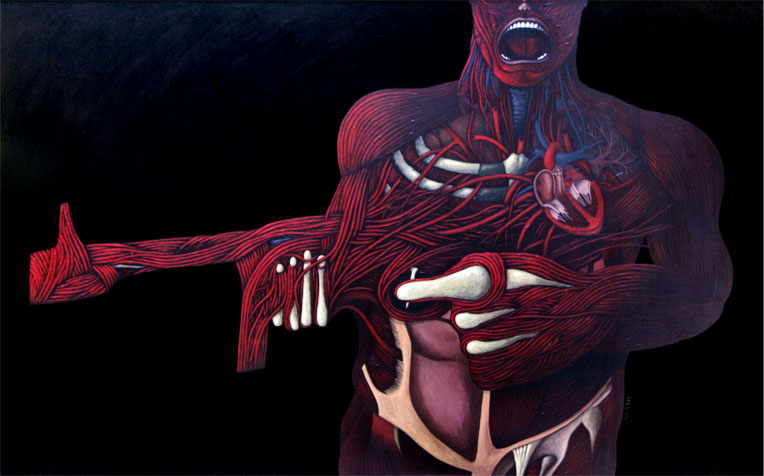 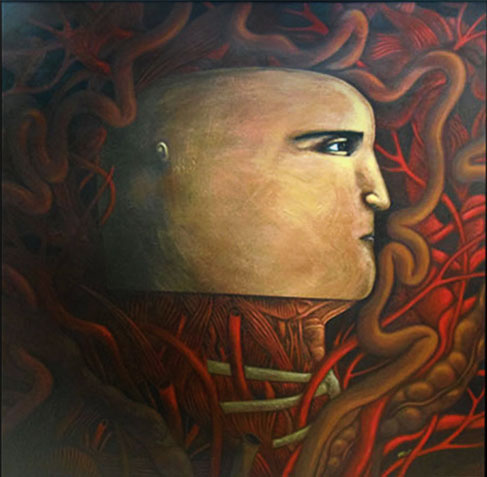 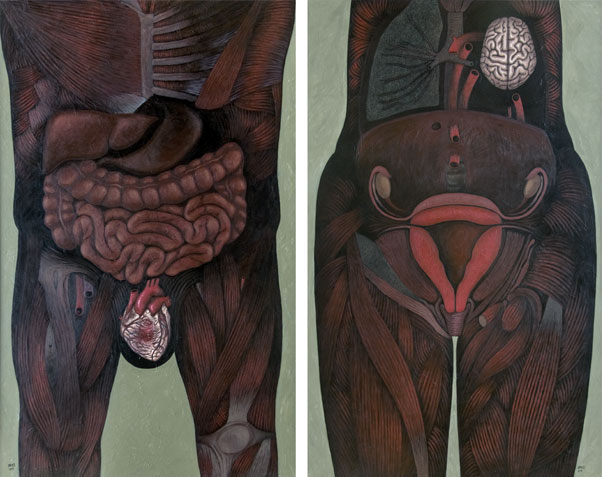 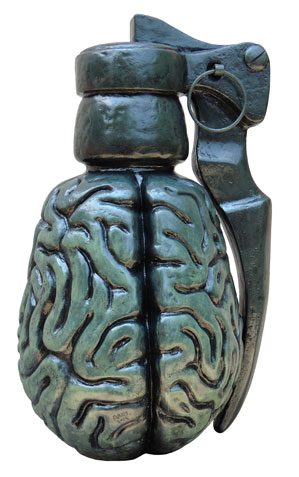 Ask
The risk of leaving things out
Arístides Hernández (Ares) 2013