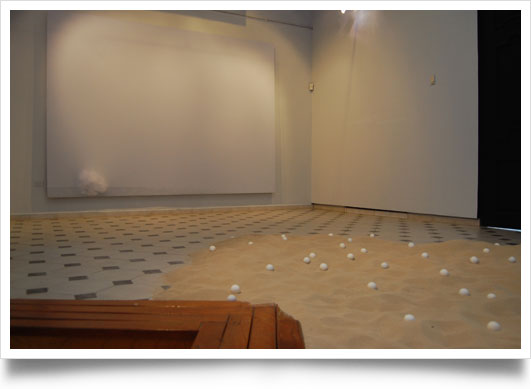 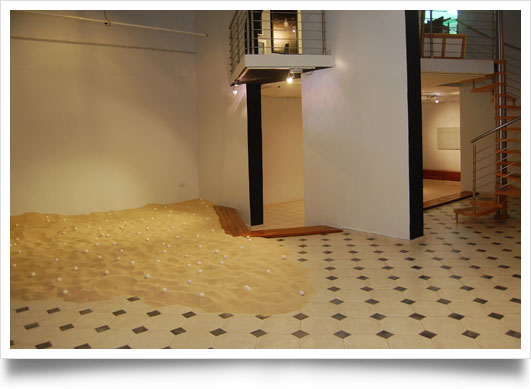 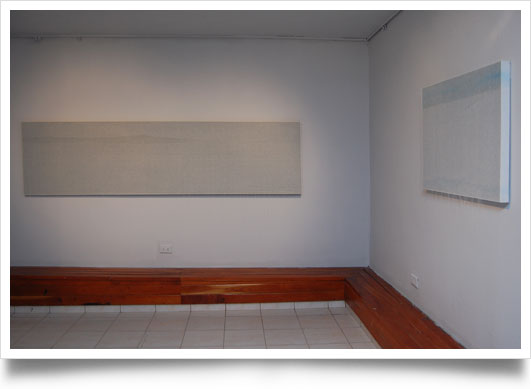 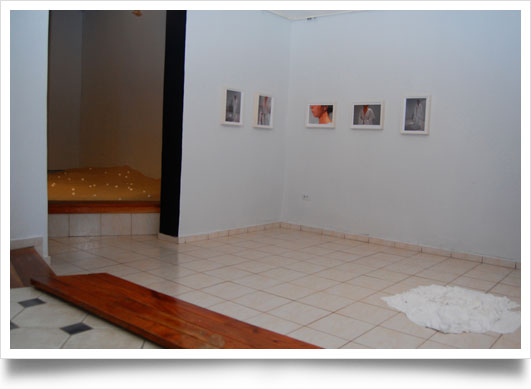 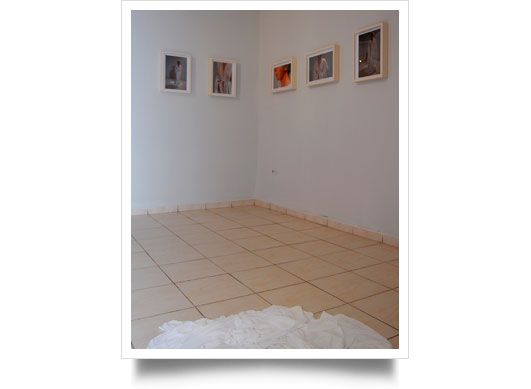 The only way to write for a still unseen exhibition -a matter that concerns almost everyone who, for one reason or the other, accepts to write  few words for a catalogue- is to appeal to the shock of the imagination, that version of fear that enables us to endure sensations we still have not participated of. To analyze the sketches and the works in progress as if we were already walking through the Villa Manuela hall; crossing sands, mixing ourselves with the white, in the midst of a dampness that could penetrate our bones. Surely among the public we will be able to breathe a bit of the peace and silence presented to us by these works; surely the best decision will be to come back later.

However, this new Project by Elizabet Cerviño also invites me to the remembrance, perhaps because the past has such wrapping and agitated dynamics as the future; perhaps because it is true what Frances Yates warned about: the imagination is an extension of memory. And it is for that reason that the works exhibited here already have a history without having existed materially. Their gestation begins -according to my personal experience as spectator of Eli’s work- with “Historia de una gota de agua a través del océano” (expo Cambio y Fuera 2009), where we witnessed the live trajectory of the dampness on the canvas. Or the performance Quinto Día in 2010, when she remained shrouded in white sheets  -like the Saints- for so many hours that many of us feared she would faint. I also recall her landscapes drawn with water and fog residues, or the canvases where she cleaned the sky with very white linen handkershiefs to make the blue ever more transparent.

If I had to point out at least two constant elements in her work, that would be white and dampness. The former, because in the works in question black or the colorless fabric are the visual center of the artist’s gestures. White would be an obsession of purity, a kind of anguished call to the luminosity, or the terrible metaphor of the mastered emptiness. The water, the dampness come to humanize this perfect white, to offer it a sublime transit to the life that grows disorderly in any corner. As if we could guess the mysteries of a world in movement that does not ask our permission to exist. Perhaps the miracle of an exchange would then be possible that does not take away what little we have to hold on; that fabulates with the illusion of the life contained between the frameworks, although later the creams may end by fading away, and inevitably, the imprisoned water may be for us the beginning of corrosion.

From the series Polvo sobre nieve (Dust on snow)

From the series Polvo sobre nieve (Dust on snow)

From the series Powder on snow

From the series Unraveling northern lights

Stain from the Spilling I

From the series: Unraveling northern lights

Stain from the Spilling II

The Weight of Repeating (detail)

Stain from the Spilling I (detail)

Stain from the Spilling III

Tears at the Ceremony I

Tears at the Ceremony III

The Weight of Repeating 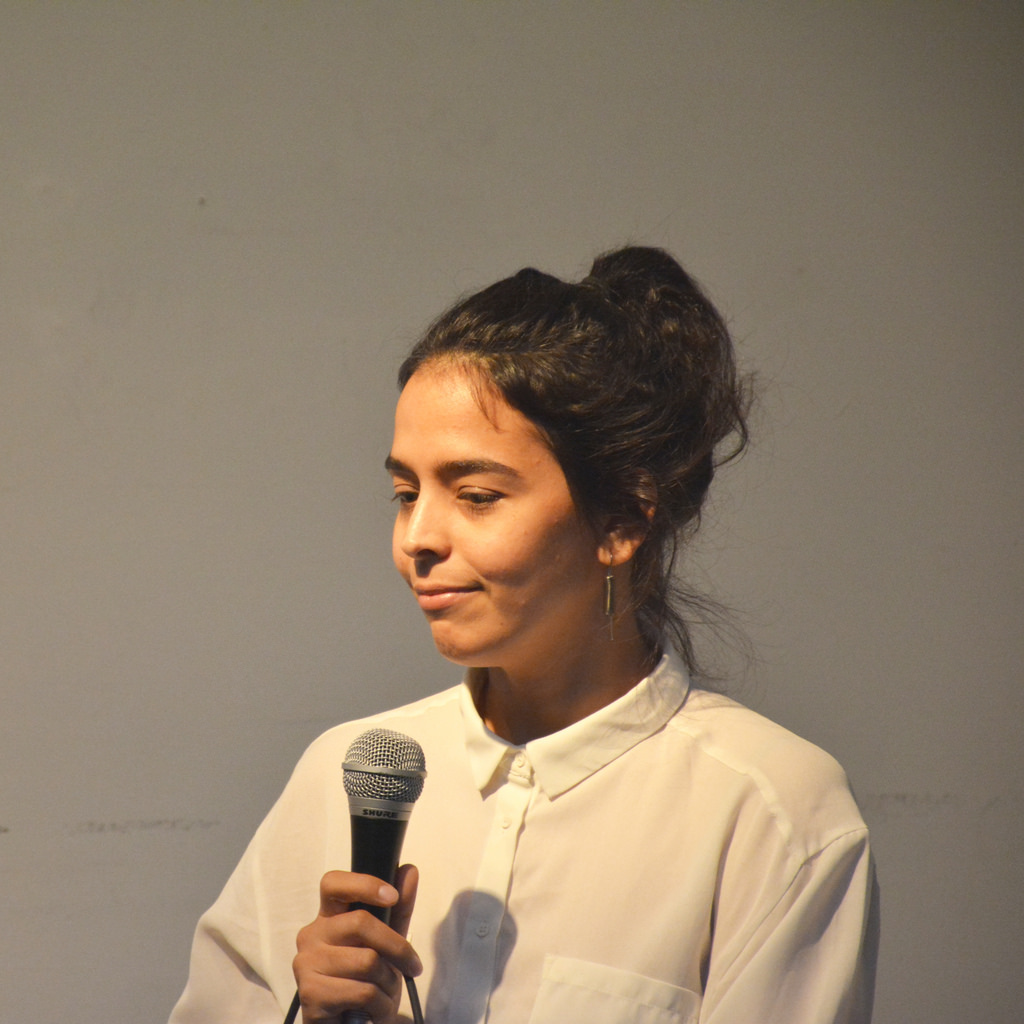 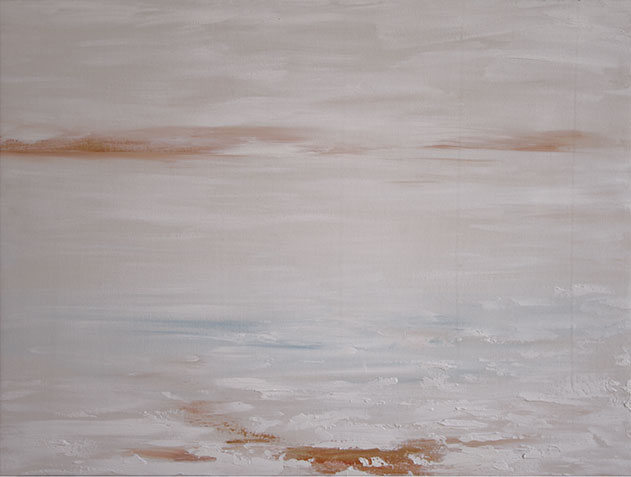 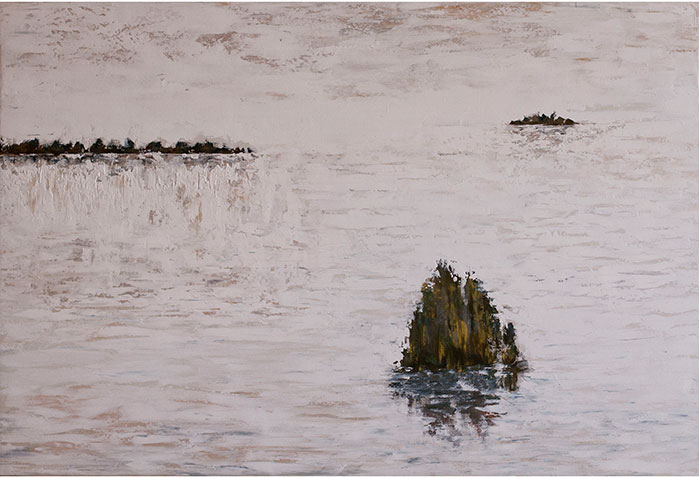 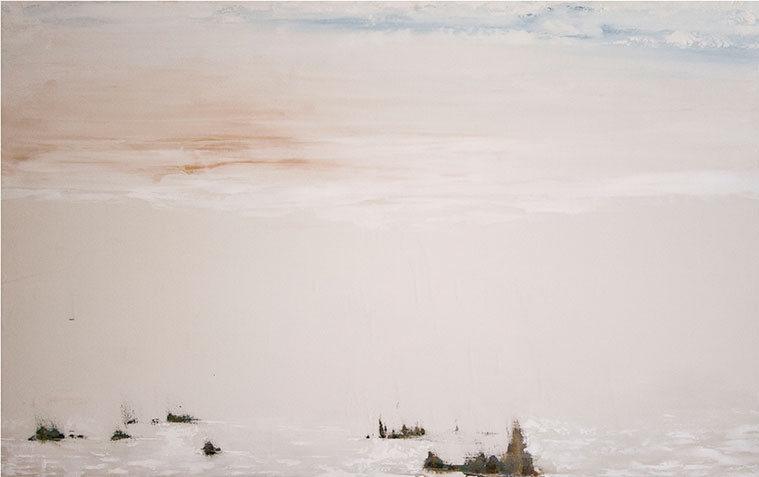 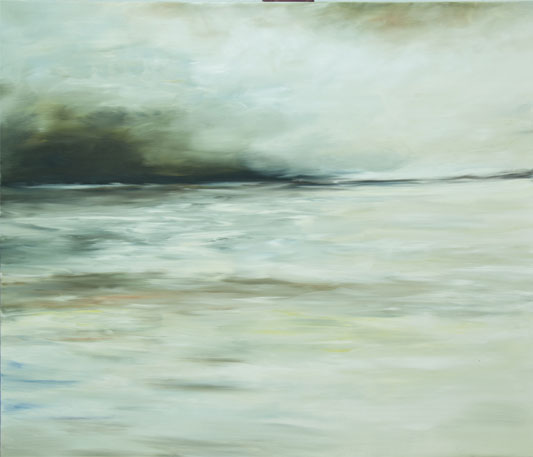 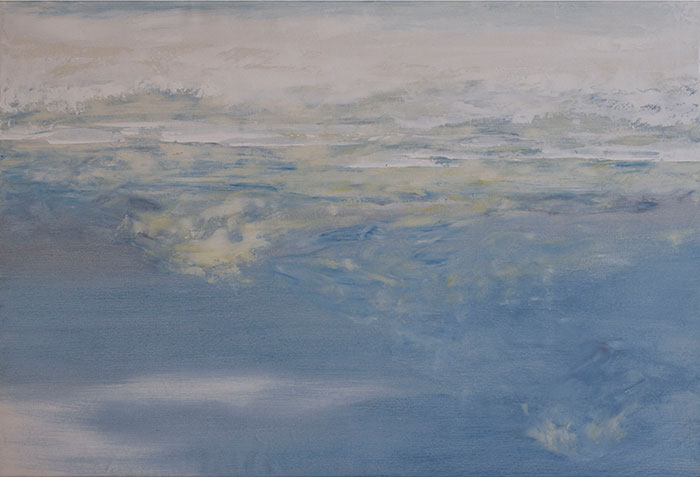 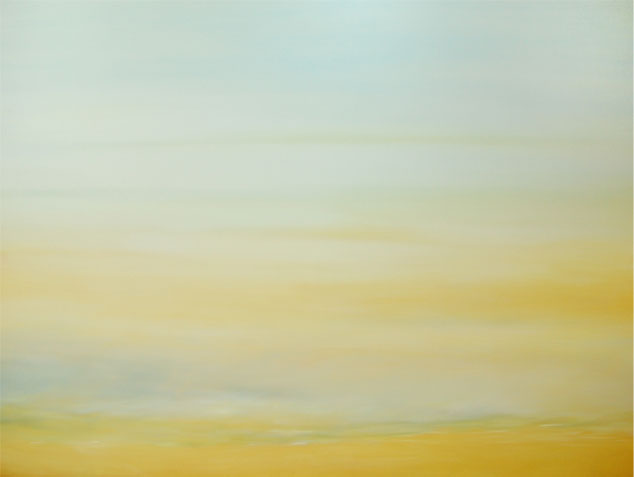 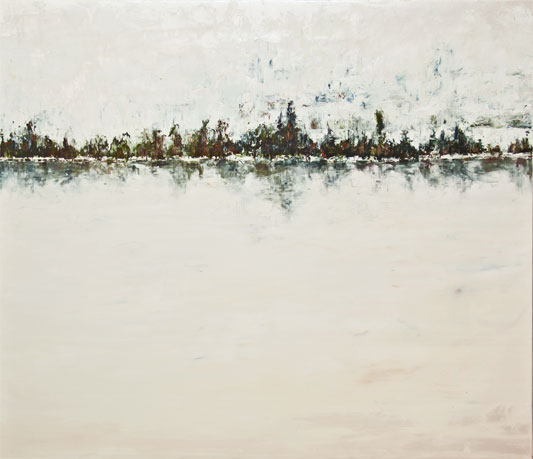 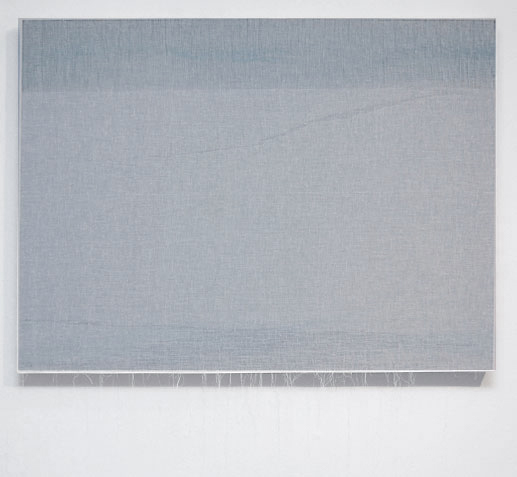 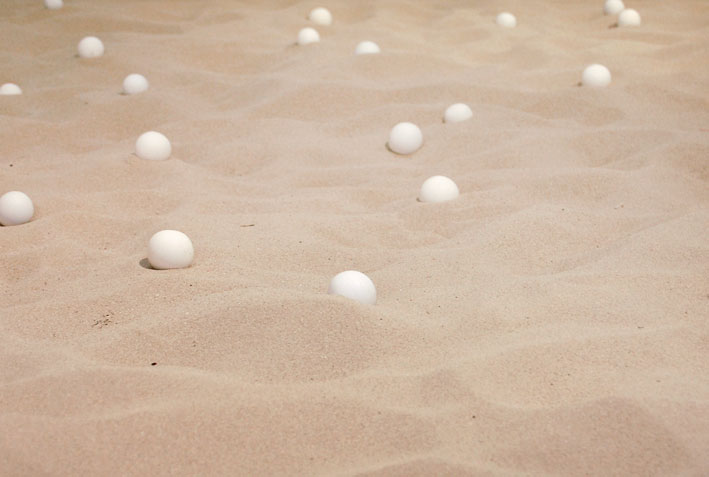 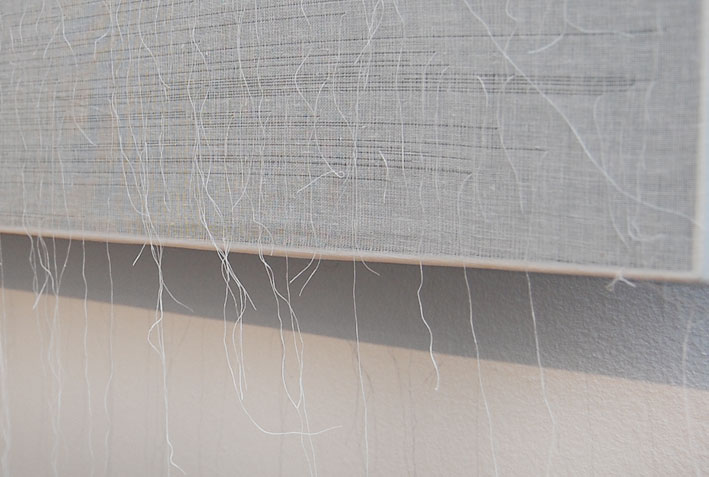 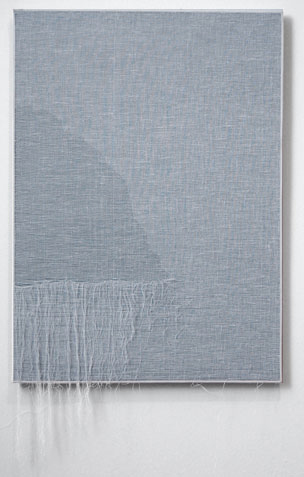 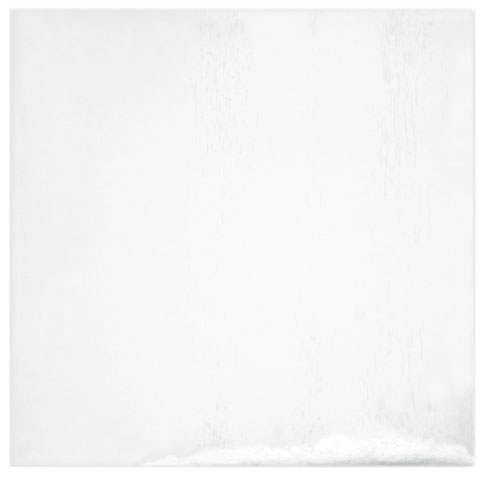 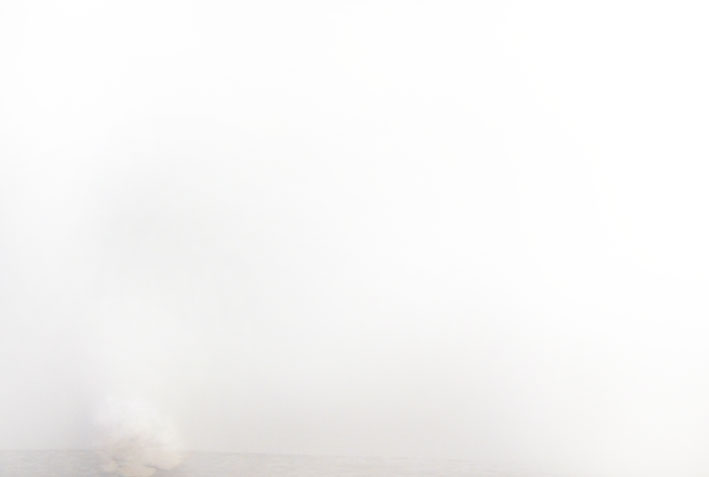 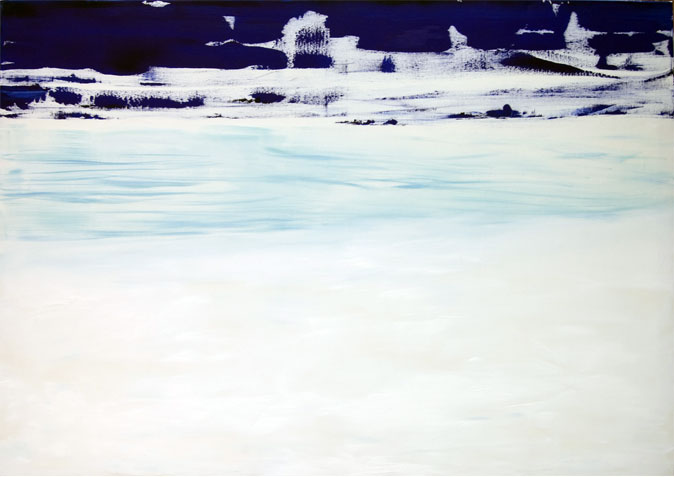 Ask
From the series Powder on snow
Elizabet Cerviño 2014

Ask
Stain from the Spilling I
Elizabet Cerviño 2013

Ask
Stain from the Spilling I (detail)
Elizabet Cerviño 2013

Ask
Tears at the Ceremony I
Elizabet Cerviño 2013