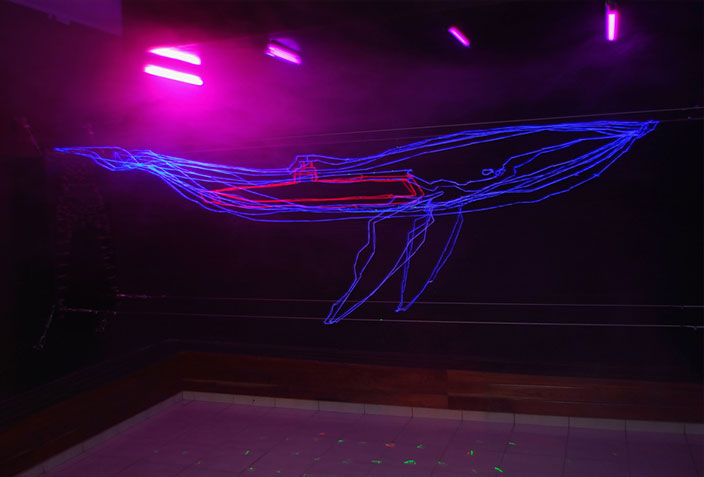 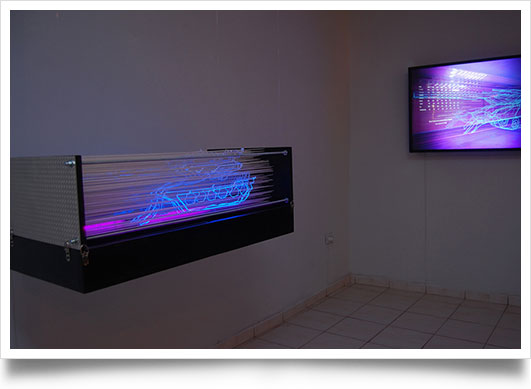 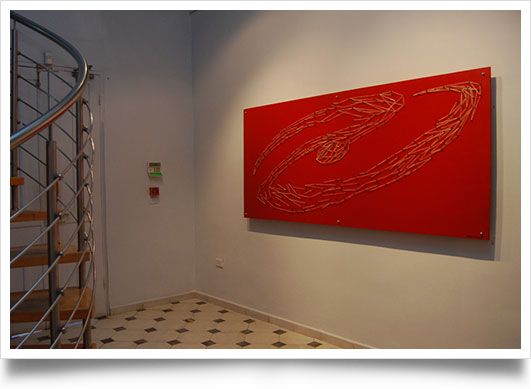 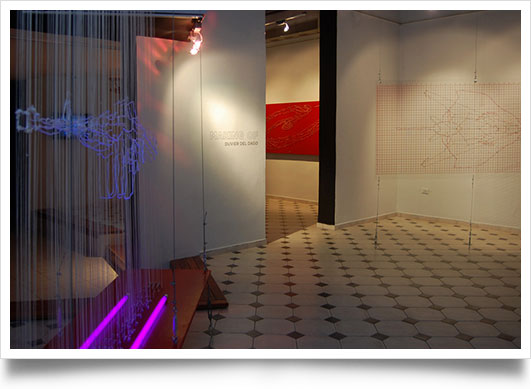 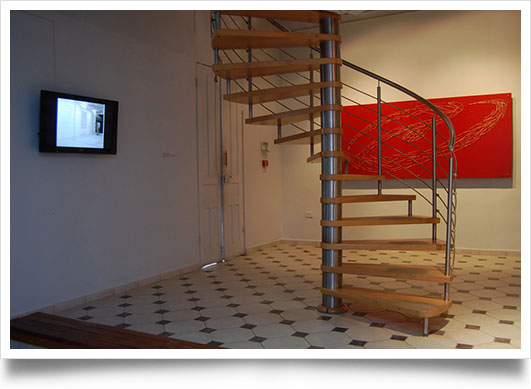 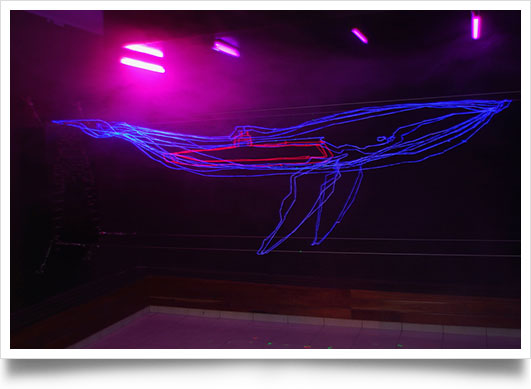 The Threads of Light of Duvier del Dago

The work of young Cuban artist Duvier del Dago is well-known by a large part of the public that likes to be updated in visual arts today. His installations seem created by a 21st century Penelope obsessed by knitting threads that, illuminated by the ultraviolet and Led light acquire a three-dimensional aspect where there is only a delicate work in silk, cotton or nylon.

His are virtual sculptures suspended in the air, which everyone enjoys because of their beautiful design and the minutely calculated precision of a drawing that he first makes in patterns, models or projects; a previous accomplishment as excessively meticulous as the actual knitting of the pieces afterwards; indeed a whole delicate and minute ritual that the artist has even filmed in documentary videos.

Having recently inaugurated his exposition Making of in UNEAC’s Villa Manuela Gallery  -which is celebrating its tenth anniversary this year- Duvier’s solo show is a real feast for the eyes. It was there, surrounded by the seven works in exhibition, where we met the artist to talk about those creations of his that sublimate the notion of intangible, as if everything artistic were just created to vanish, solely, in the air.

This exposition has been defined as a work in progress. I would like you to talk to me about this concept.

The idea of the exposition emerges from a constructive methodology that Ive had for years and have improved with each new showcase.

There is a great deal of table work, marquetry and models that were even thought for larger pieces. The scale is very important in my work, that is, the public’s perception of the real scale with regard to the constructed element.

What importance do you grant to the dematerialization of art in these works that recall holographs?

For me, it has always been a principle to approach the initial idea. I’ve tried to annul the process that is spare and approach this.

For example, this piece AK46 – M16, from the series Error humano, what was your project when you conceived it in the present context?

They are two weapons from east and west. The war atmosphere throughout the planet is an undeniable reality.

I have realized during the process that I like to work with icons that are practically void of content; it’s like doing them again and finding a new form of showing them. I can mention several examples, for instance a car, a house, a skull or the human figure, that is, elements that have been very recurrent throughout the history of art.

I have been told that you constantly renew this piece, La pizarra milimetrada.

Its the most evolving piece in the exposition. Starting from a graph screen I construct the table work process in order to create the installations from the bi-dimensional point of view.

Each week I erase the project and make a new one with these same solutions.

The board is made of transparent acrylic, because I liked the idea of having it transparent and not opaque, and having the line suspended in the air.

On the other hand, the works from the series Error humano have to do with the war theme.

One feels the intense dramaturgy in the Instalación estereoscópica, given by the relationship between nature, in the form of a whale, and the aggressive high technology of the submarine in its womb, sprinkled by the beauty of the colored light points that in turn are highlighted by the dramatic setting of the black walls. Id like you to talk to me about this specific relation between natural and warlike.

It is a transitory piece and a very evolving one, too, because the idea is to construct a holograph with the laser points. It’s an intermediate step and it’s in constant evolution.

It’s a hunchbacked whale; it was chosen because of my affinity and taste for the design I see in this type of whales, just like the submarine has to do with my esthetic taste.

I am using smoke for the first time. It was used on the inauguration day and it allowed us to see the beams of laser light in the installation. These light points now that are intercepted with the grid in the air looked like beams that helped to draw the whale.

Somehow I like to approach the esthetics of computers, of technology. I received a great influence from the films from the eighties, Star Trek, for example, meaning that type of film, and also from animation drawing. And I like to include this esthetics in my pieces.

Taking this esthetics to the gallery helps me solve these pieces in space.

And with regard to the use of laser, I plan to develop it ever more, with more technology and time. Sometimes you can’t develop everything to the point you want to, because you have to open the exposition at some point.

Which means that you may possibly derive to more digital and virtual works?

Yes, indeed, I wish to make progress in this regard; this whole virtual world interests me.

Are these elements of nature and war recent in your work?

It began at the 10th Havana Biennial in 2009 with the work installed in the firing range at 23rd Street between 30 and 32nd  Streets I realized that the object has an immeasurable value as design. They are beautiful elements, even though they were built to annihilate and destruct. But I connect it with the physical principle that inspired them.

The human being almost always studies nature in depth, and starting from there elaborates these objects. And this gives me the idea that something like a chain or a kind of circle could be made in which that constructed element would somehow annul the natural element when the activity for which it was founded is carried out.

You do this whole process of constructing the pieces all by yourself.

I am involved with the craft the whole time. And besides, I like that technological image, but hand-made; that’s what I think is sui generis, because from the technological point of view you find many things in the world.

It is precisely Cuba’s specific economic and social conditions that make these pieces acquire that manufactured nature. Because in another country you would go to an enterprise to have them solve something for you or you would find a person or tiny enterprise that would make one of the elements of your installation, and you wouldn’t be doing it yourself, but you would be in the process though from a very distant place in the elaboration of the piece. That is why I have developed almost all my works here in Havana.

From the series Estado cuántico 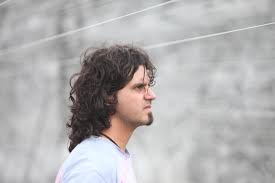 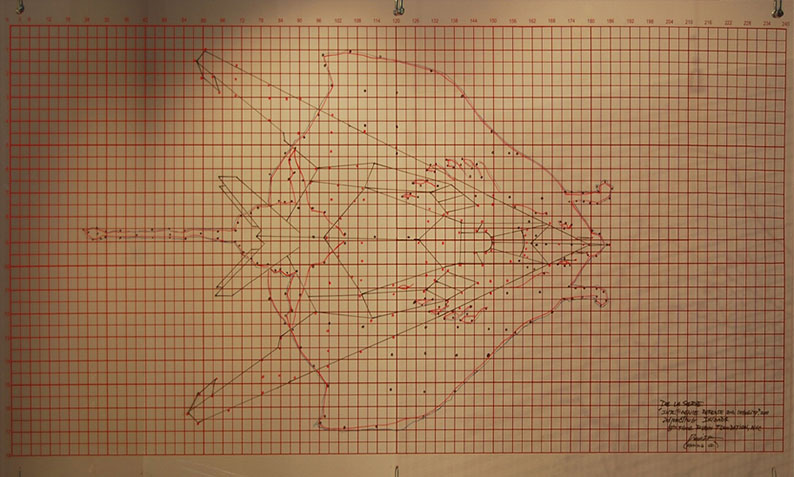 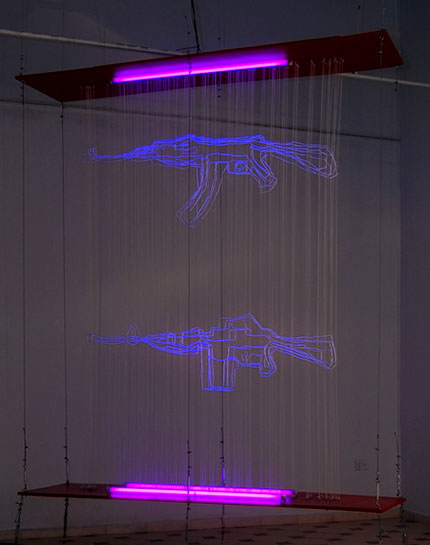 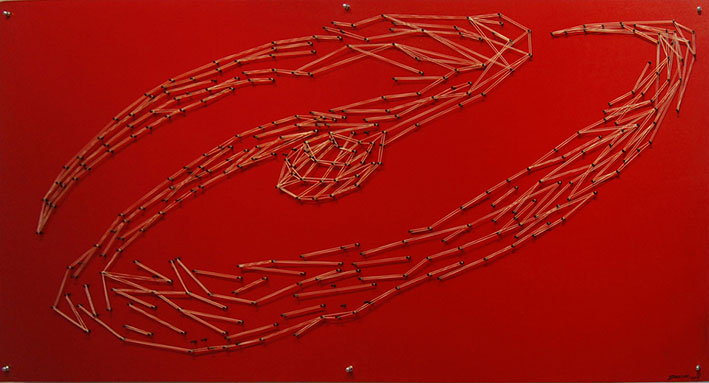 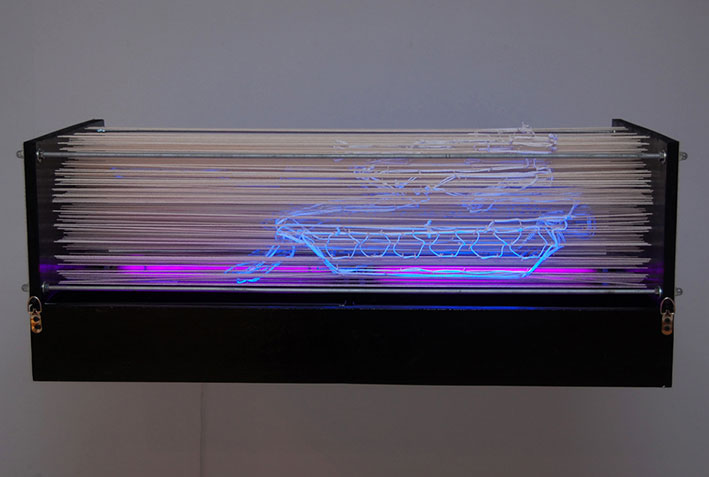 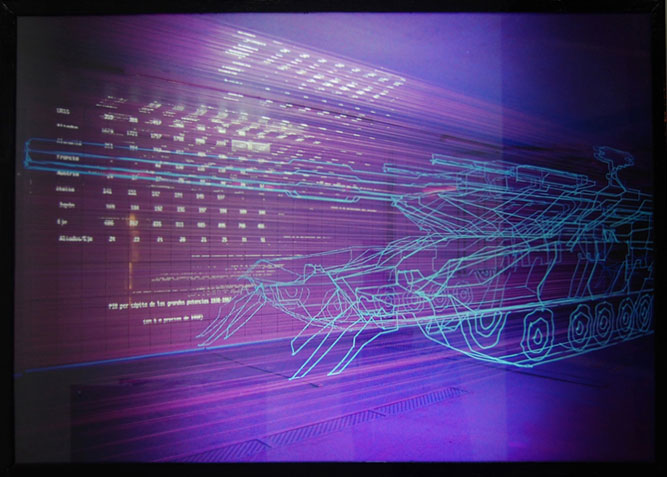 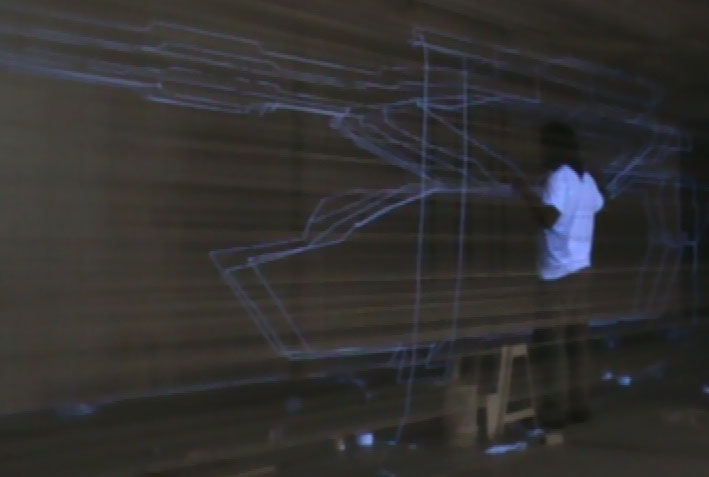