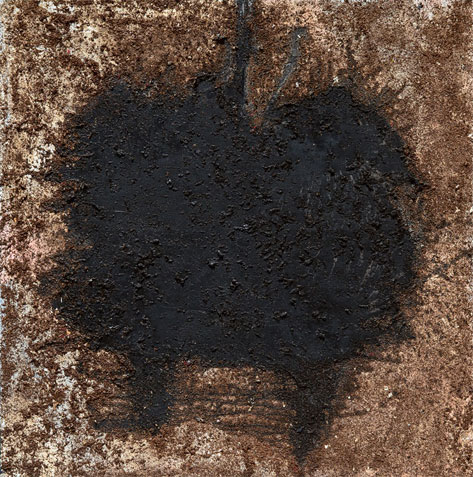 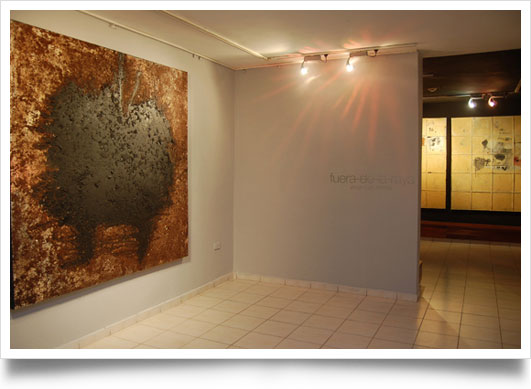 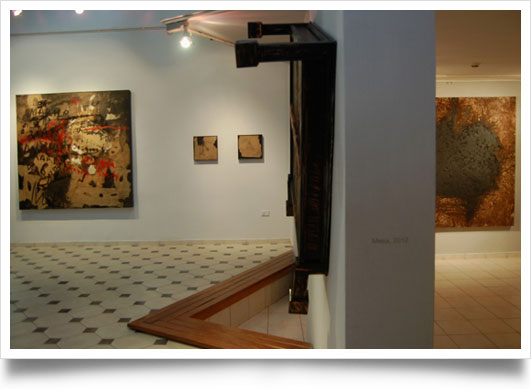 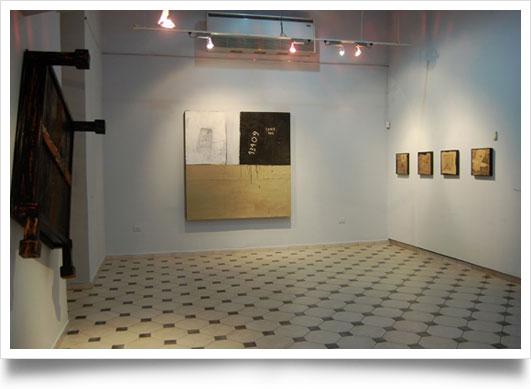 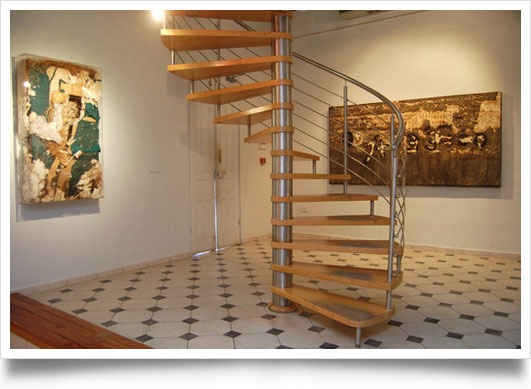 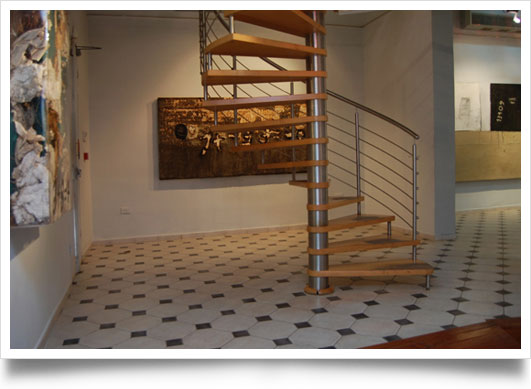 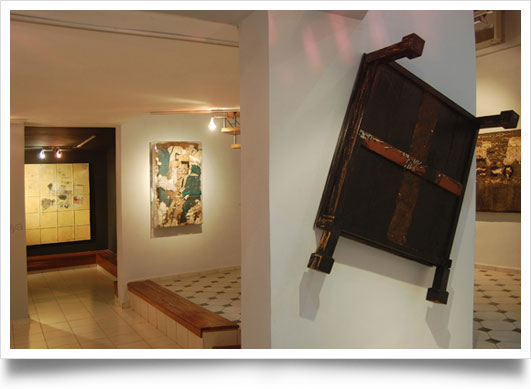 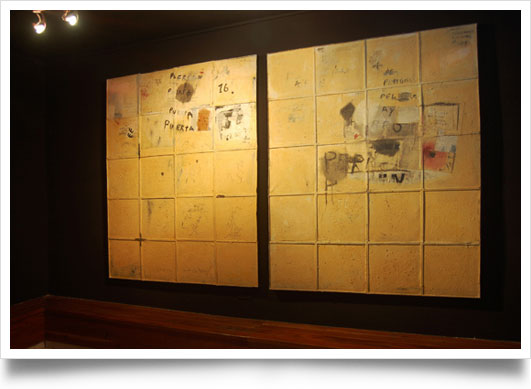 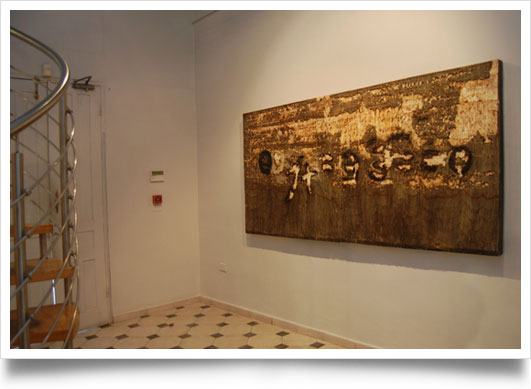 Jorge Luis Santos is a hotbed of ideas, since he constantly reformulates his discourse within the canons of abstraction. With only a few days difference, I find him exploring the delicacy of color papers, the assemblage possibilities of cut tobacco  and even the inside and outside of mattresses, be it because of their intrinsic expressiveness or because of the announcement of universes he thought hidden and is willing to become familiar with.
Abstraction has opened roads for him that do not stop on the canvas surface or on the coldness of the plastic protecting the light cases he exhibited a little over two years ago. Any material seems to fit him and he adds it unprejudiced, beyond its nobility or aggressiveness, its roughness and glance, its transparency. That is why it is becoming ever more difficult to know which roads he is following in a work in constant process of formation, as if he did not want to get anywhere, to a safe port, fearful of pigeonholing or premature satisfactions.
This exhibition is a tiny part of an extraordinary number of works resulting from numerous readings and journeys. And of an intimate need to recognize in them his psychological, individual concerns, his torments and obsessions, his wishes and certainties. In some, one observes the meticulousness derived from the painting craft; in others, a wild thought, tending to upheaval, where stains, letters, numbers, woods, glass, magazine rests, useless and virgin papers come together. And if today we find ourselves in front of them, tomorrow perhaps we will never see them again, because they may increase his stocks or private collections here and in other latitudes. They thus become an ephemeral, occasional, never repeated discourse.
The expectations he may have once aroused in the public and critics now fade to make way for astonishment. If we identify him as part of the global world of Cuban art it is because of that changing and perishable condition that makes him unclassifiable even though he is one-hundred percent abstract, from head to toe. Absolutely. 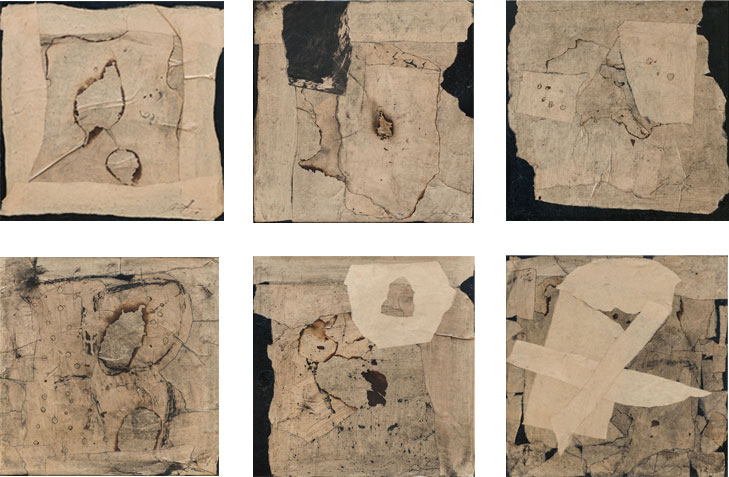 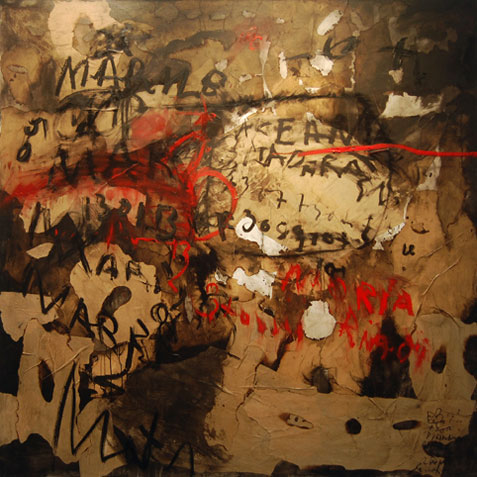 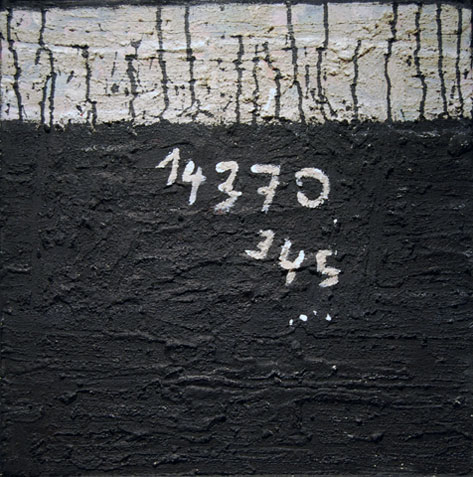 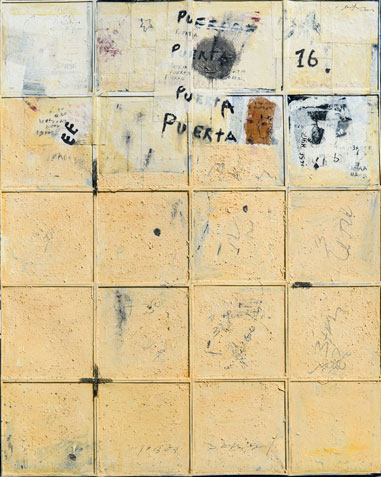 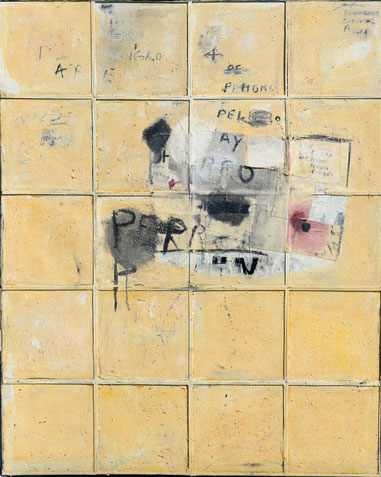 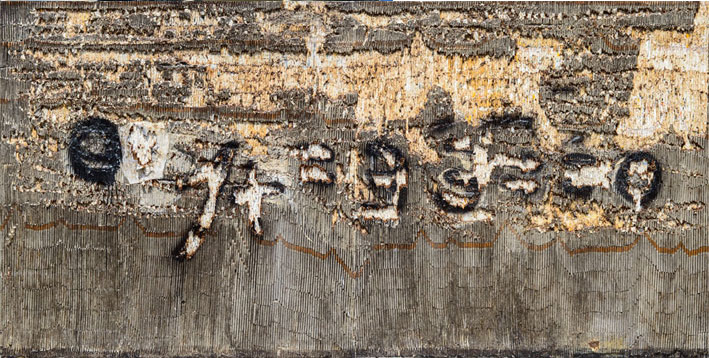 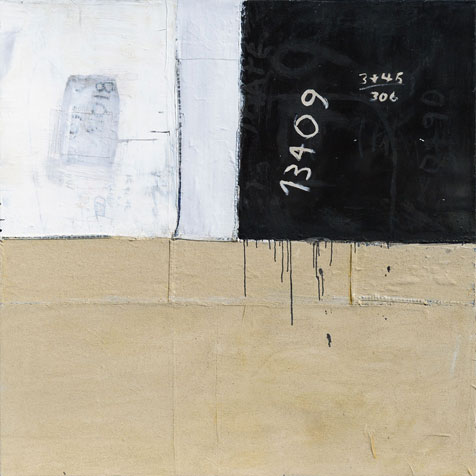 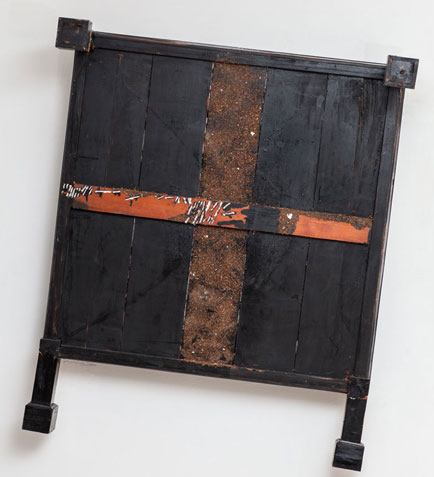 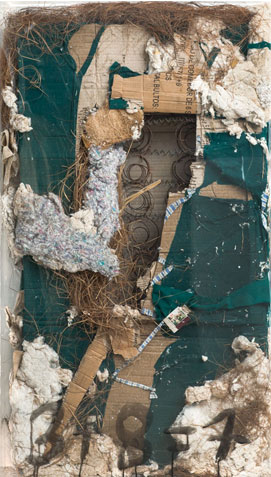