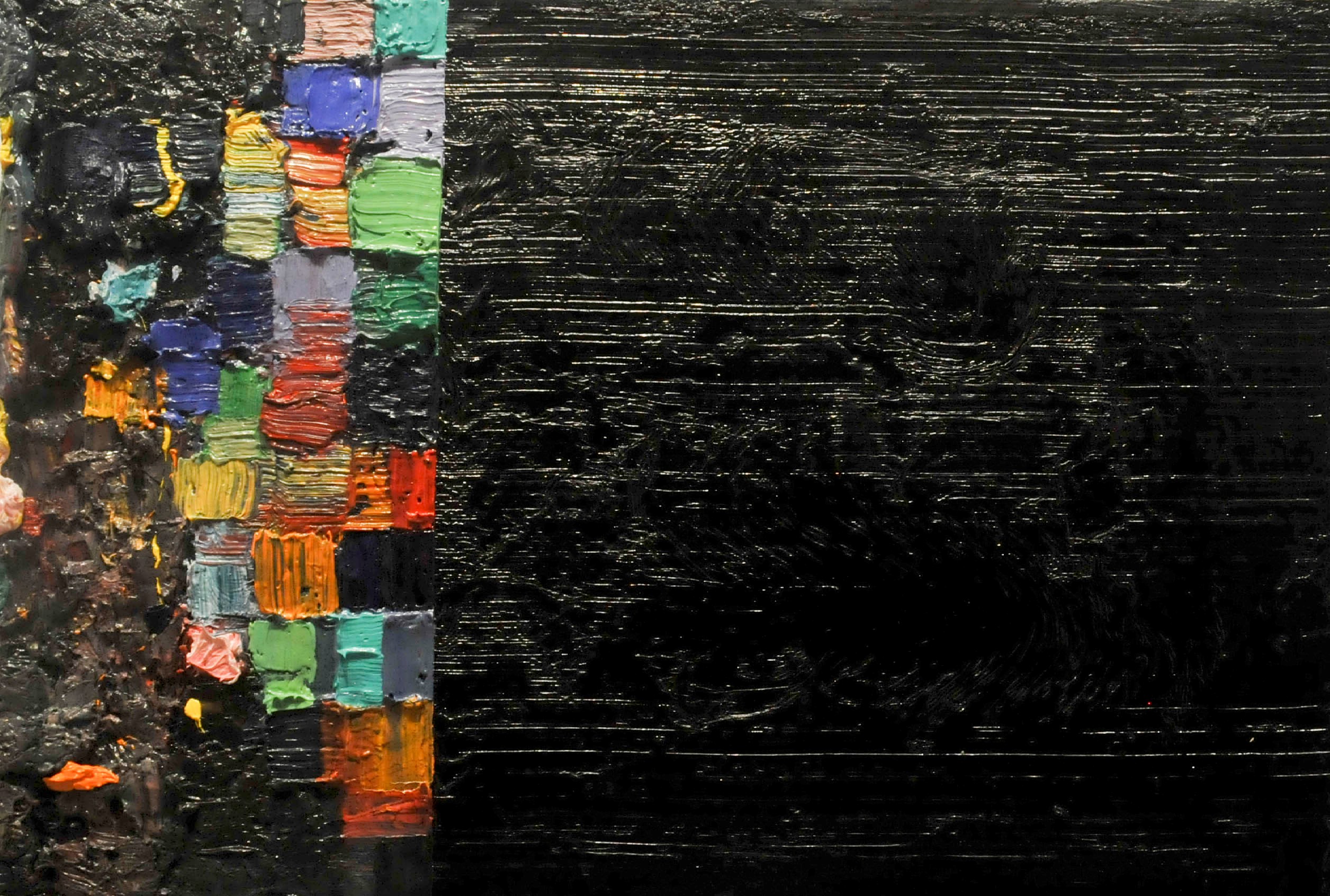 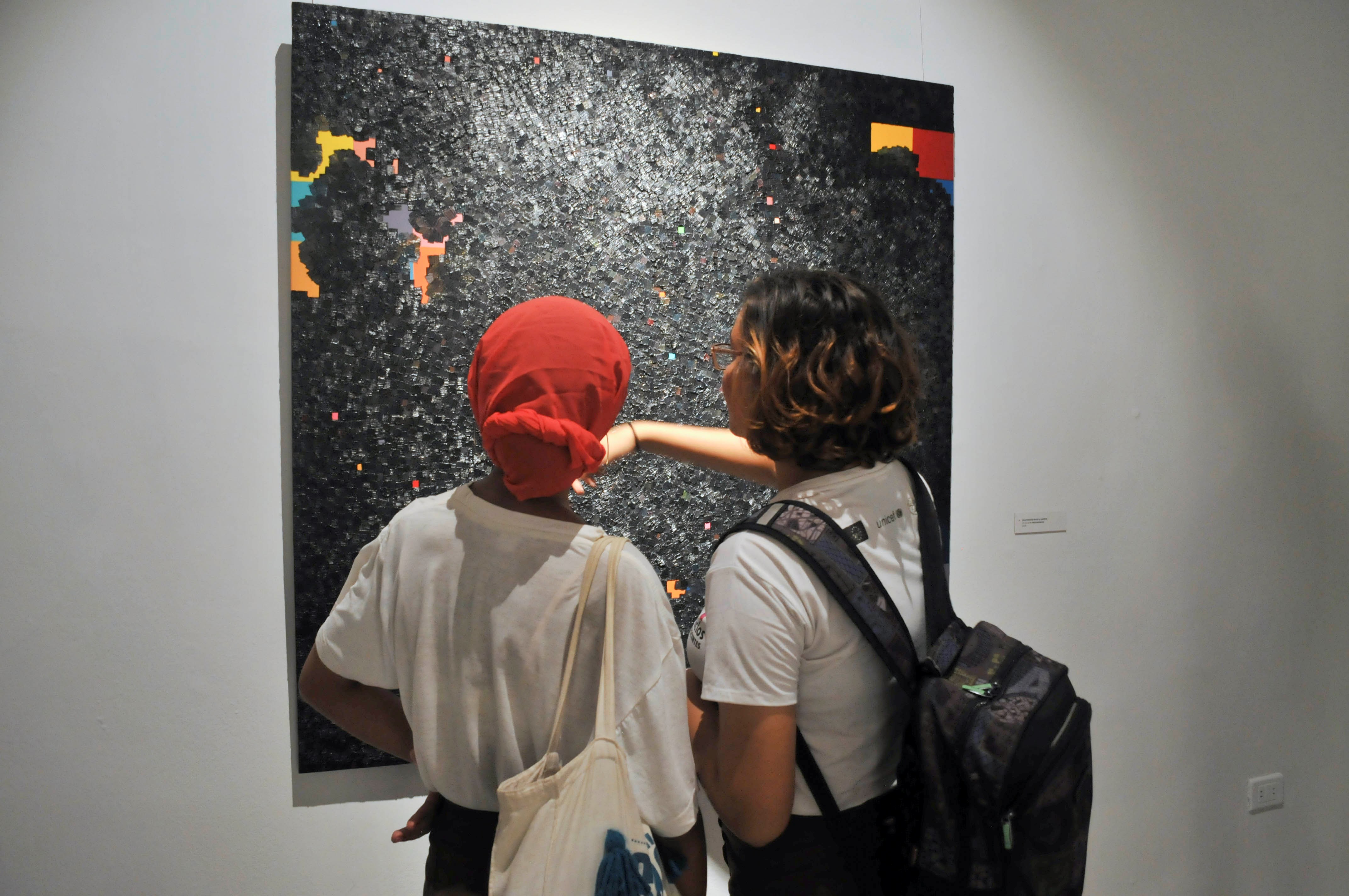 Enrique Báster is obsessive in his proceed. Brushstroke has more than enough brushstroke, among join and evening; model a concrete painting in their fair dimension. Its attitude, among measured and frugal is consequence of an arduous reasoning process.

The color in its work is the catalyst of senses; each composition, resource or accident, has the purpose of affirming their constitution like artifice. For our surprise, in it doesn’t underlie violence some: it presents us a robust, entire shade, endowed with such a special shine as that of the recently out coal or that of the wet earth.

In their construction the repetition has a decisive value. The light and the shade, the depth, the atmosphere, the tension and the harmony are invoked starting from the crash of the pictorial unicity. The brushstroke is a fractal that reminds us the same history of the painting like process, and it remembers those rehearsal moments where the painter rollicks with the tones in the border of the cloth, the palette or imagination; interrupted expressions, chaotic and spontaneous masses, impudence, dispersion and automatism; luminous episodes that will be consecrated on behalf of the transcendent thing. It is said that the true painting is that that the artist sacrifices, hidden in the bottom of the cloth or spread in the floor of the shop; because it embodies the whole energy of the process of painting. We notice then that the creative impulse of Báster, fork of operative of concealment and revelation, is archaeology of the self-denying color.

Frequently alert us that their painting is abstraction based on real, knowingly facts that won’t be the first one neither the last one toiled in sizes digressions. Certainly their work is not unaware to the pictorial outo-conscience, reality another claimed by the vanguards of the century xx. But the objectivity to which refers manifests in certain symbolic situations and experience that offer treatment to the contemporary social dynamics.

According to this logic we can notice a pulse melancholic in these paintings in low key that today presents us. The dimness struggles with the light, it battles that it charges body in harmonious scenes. There is certain carousal, some resignation, and some that another dose of cynicism. The fatigue, this way incarnate, it is the aftertaste of the resistance. But anything must upset us, because in the ethereal regions of the true poetry the wrong doesn’t exist, neither the well.

Ofrenda y abstracción I (Offering and abstraction I) (diptych) 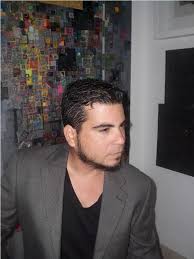 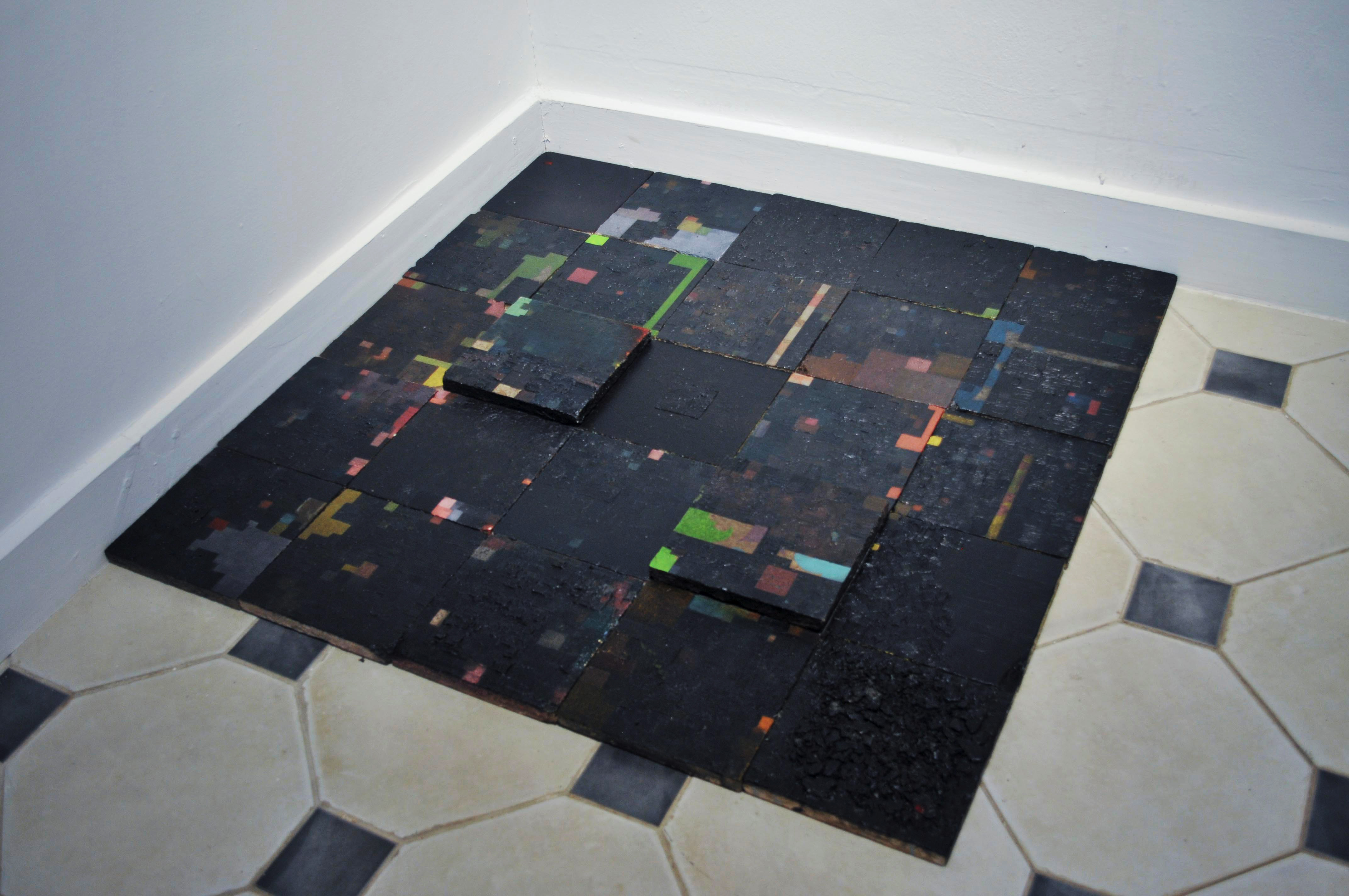 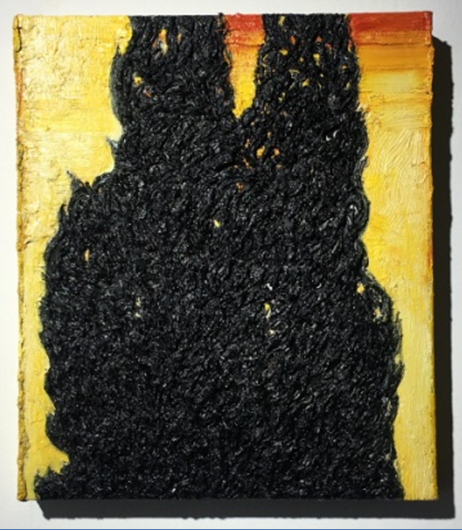