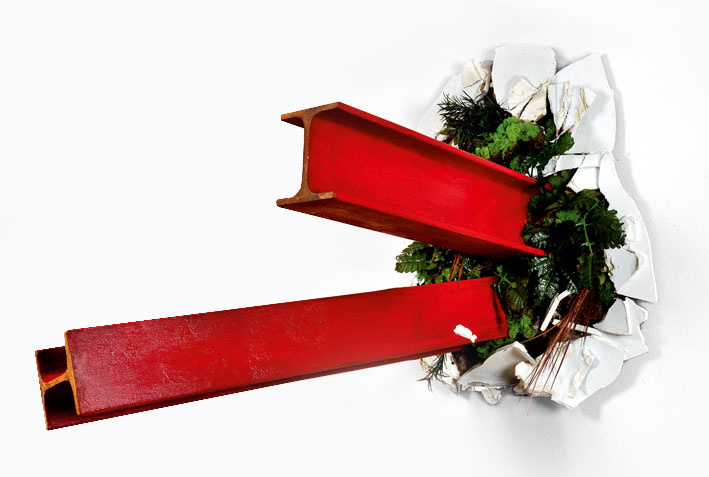 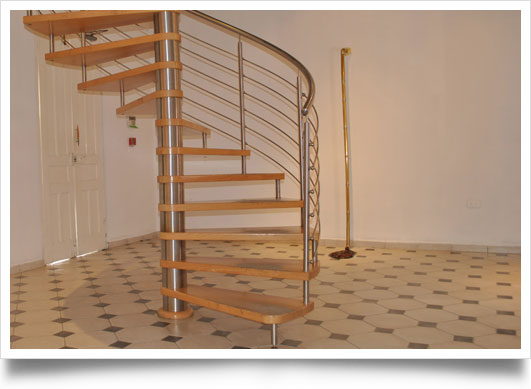 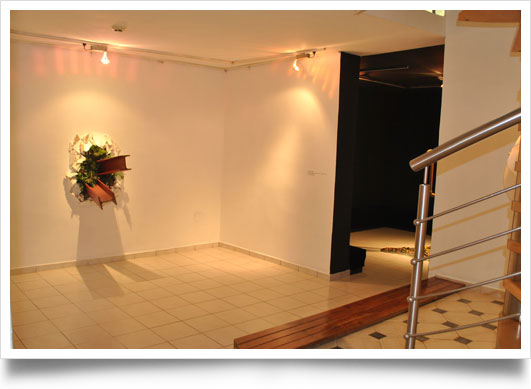 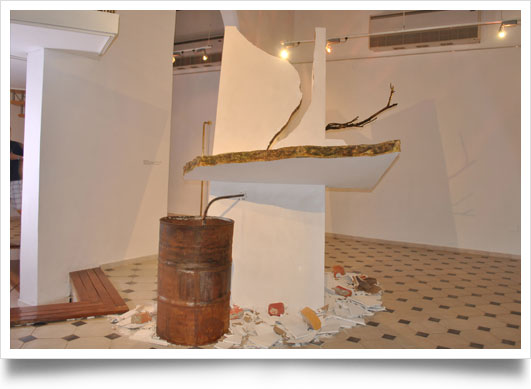 Florencio Gelabert Soto is a heretic with respect to the doctrines of aesthetics. At this point, it is no secret to anyone that beauty is a cultural construction. Each era has worked with particular patterns to define the beautiful and the ugly and equally each individual operates with very specific notions regarding these concepts. One of the value categories, as far as art is concerned, has been the aesthetic component. In fact, it is one of its intrinsic qualities; the artistic event is both aesthetic, that is, linked to beauty. Even what is considered ugly in everyday life is subverted and embellished by the unique fact of being welcomed by the art grounds. Ugliness through art acquires a new dimension, impacts the viewer in another way in which experiences like joy and repulsion are imbricated.
Gelabert Soto seems to be aware of these expressive possibilities and influences that art exerts on the spectator. For him creation is a provocative act that in his case is taken to the limit when using the abject as an object of representation. The waste, the destruction, are elements with which it builds its pieces. In this way it disrupts value judgments through art, as it aesthetizes what is repellent, whether by social convention, ethical precepts, or some other similar criterion. In an era where everything goes, where any object or fact is susceptible of becoming art and a society whose laws are based on consumerist patterns and the law of waste is established as a patron, short-term utility makes it proliferate as an ideology of life that of substitution, and that a culture of waste, of unusable accumulation, is generated. Then, the idea of ​​a large garbage can could function as a quasi-epithet to define the contemporary world. In works such as El Desagüe, 2011; The Pipe II, 2011 appear re-created with total level of reality elements such as human excrement, food debris, fat. These pieces are a reference to the balance of consumer behavior, but they may also have a certain affiliation with postulates of an ecological nature. On the other hand, there are other works where the unpleasant is objectified in another way, perhaps less obvious but not less effective. In El Sitio, 2011 and La Salida, 2011, it becomes manifest through the cracks, the destruction, the alteration of the equilibrium that results from the order of a state of affairs. However, this embellishment of the abject is done through a resource in which another criterion that is also distinctive of these times, the simulation, is put into play. Very few of the objects that are part of the pieces are taken from reality in the manner of ready made, but they are constructed using a very refined technique to corroborate what Aristotle said in his Poetics, about the possibility of realizing the beautiful imitating with mastery what is repulsive. The receiving experience of the spectator is thus manipulated by the possibilities of art to sweeten everything that in life is acerbic.

The link between the real and the artificial is a suggestive element that should not be neglected. His works are perfect imitations of elements of reality. This raises a question about where are the limits between one and the other. A human excrement is treated with so much level of realism that the viewer is not exempt from doubt. In fact, I would dare to say that it is one of those that lead sculpture to the realm of sui generis realism, bordering on theatricality or hyperrealism, if you will. His work seems to work as an effects game. The perfection of forms, the mimesis makes the viewer think that he is facing a real event, a collapse, or a spill, as he likes to call the dumps through which all kinds of human and urban waste come out. However, he does not hide that his works are recreations of reality, do not bother adjectives such as deceitful or the fact that the tubes are too shiny, because these subtleties provide other reading possibilities. The fact that the artist does not acquire all the elements that intervene in the pieces of real drains or garbage dumps; neither the beams are made of metal, or the walls belong to a collapse that actually happened, but they are (re) created using construction materials, varnished wood to simulate the iron of the beams, resin to resemble grease and artificial plants, is a way to generate in the spectator the so-called suspicion syndrome. Hence, fiction and reality are incisively put into question, just as the perceptual act itself, an act that as experience, is totally subjective. Gelabert makes it very clear that it is not the same true as it is plausible. In this way, his works are a resemantization of Povera art, mixed at the same time with minimalism and conceptualism. However, their concerns are not channeled solely to art itself, but are of various kinds and encompass both the artistic and extra-artistic. It could determine ideas such as, for example, the balance of consumer behavior of contemporary society, which is otherwise linked to other aspects of ecological issues, the tendency of man to self-destruction (as a species), or other less obvious aspects how could be the finite character of the processes, or the conception of the fragment as conformer of an identity, which is, in turn, the dialectical summation of other identities.
In this the mastery with which he appropriates the spaces plays a vital importance. Although the sculpture comes from the caste, its ways of expression have little to do with those of his father, because Gelabert Soto has developed a sculpture that transcends the object in its modern conception, linking it to space and making it more instative in this way. It really is not free to make space another element in the work. A brief review of the works of his beginnings demonstrates his interest in environmental sculpture and the relationship of the volumes with the site where the works were located. This has been a constant during his career, which has not been without nuances and has been adapted to the concerns that concern him at that creative moment.
The show Huellas, (November 2011 Galería de Arte Villa Manuela), represents a sample of the aspects that have manifested within his artistic production. The man-nature relationship, the intervention of spaces, simulation as a strategy, the aesthetics of the ugly. But above all, it is a way of reconnecting with your homeland and with those jobs you carried out before in Cuba. If we look closely at the totality of his creations, we see that there is a latent need to show the trace left by man in the world, although this is not always exactly pleasing. A trace that as such, is debated in the dilemma between being and appearing. 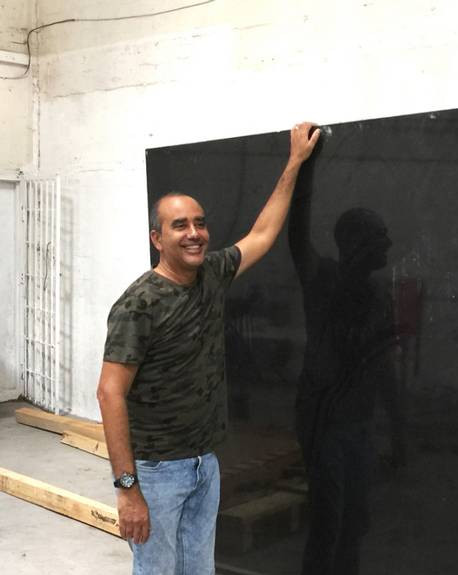 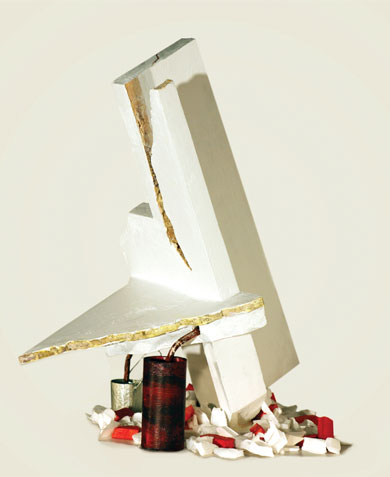 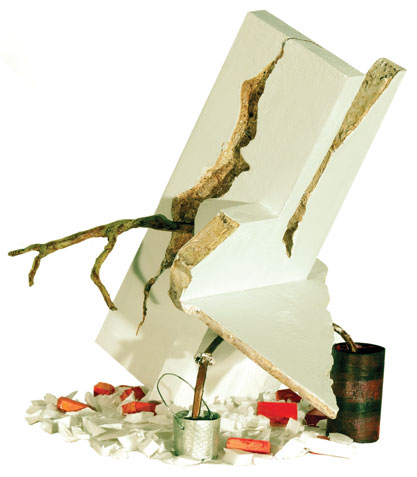 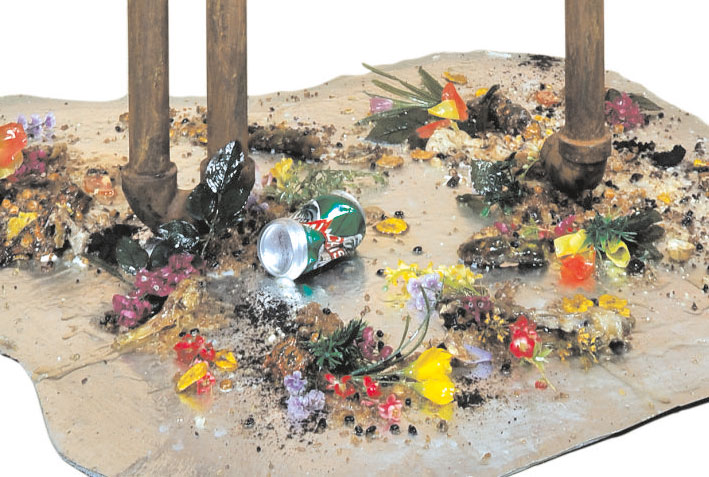 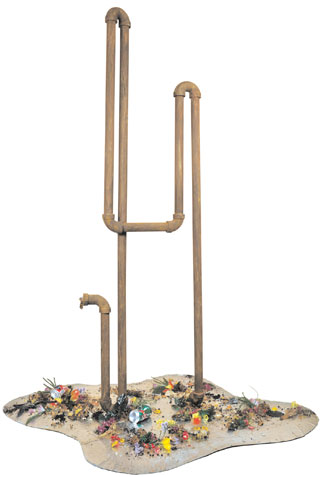 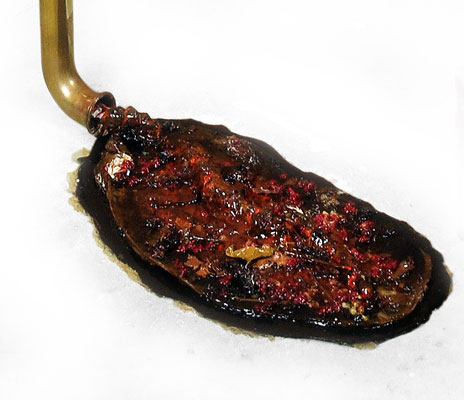 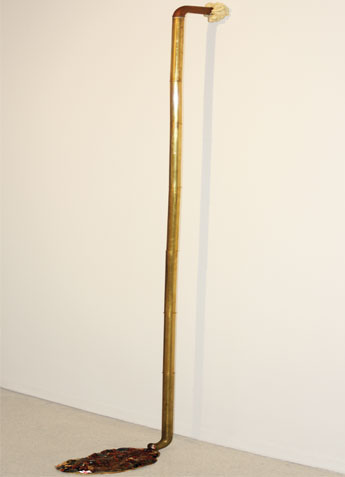