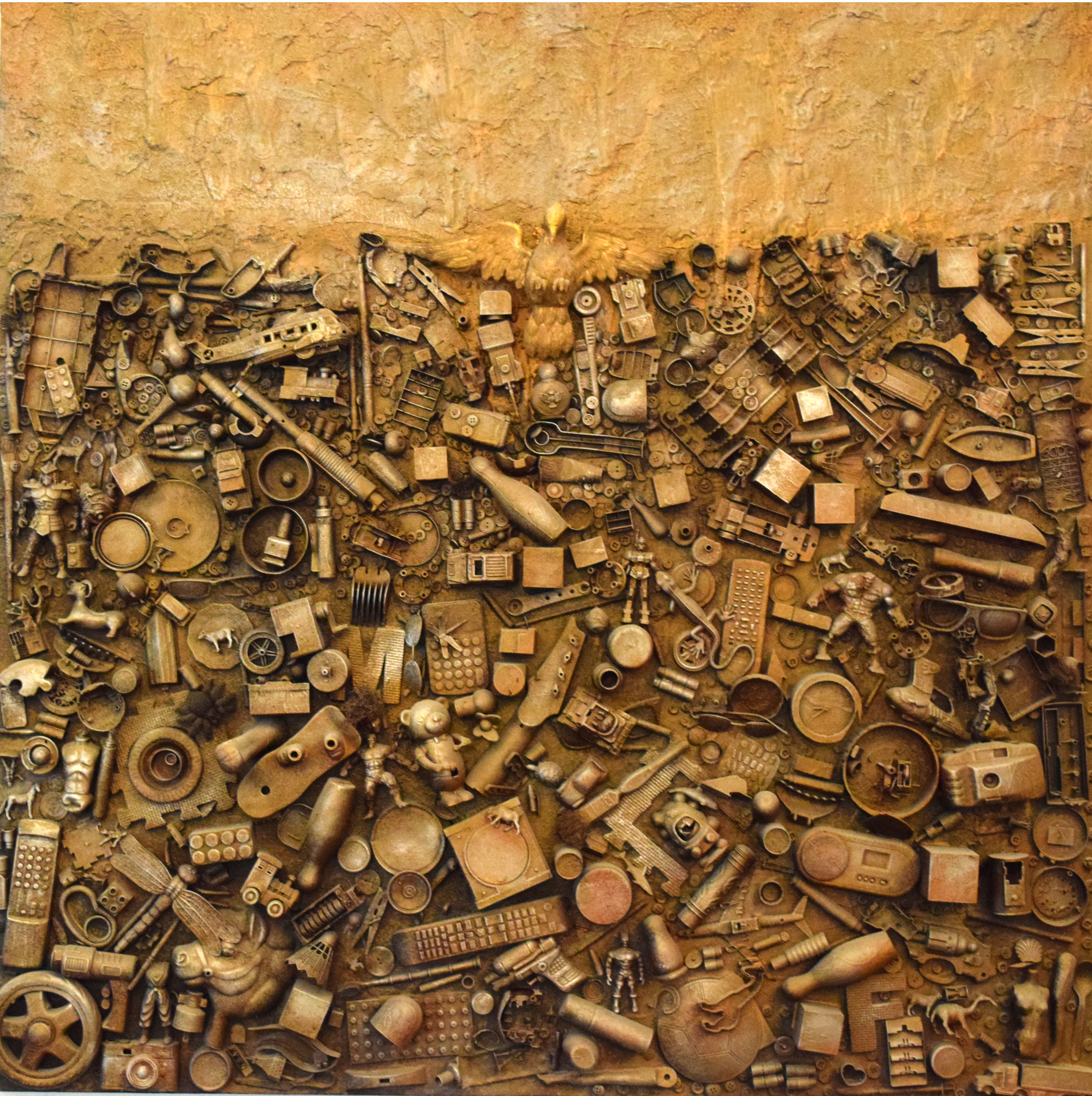 The new life of Tomás Núñez

And in a fence without shine it

Facilities, sculptures… works of art, beyond the marble or the brass, these works have been created with waste elements, with fragments of other works, of utilitarian elements or ornaments that were discarded by the step of the time or the environmental deterioration…

This artist goes beyond the evident thing that has created a magic world that forces to reconsider the rejected elements.

To recycle, to revalue, like it is wanted to call, Tomás Núñez, achieves that stimulant effect  that makes think of sprouted elements of the fantasy. Some years ago in an interview on purpose of their creations affirmed: all those materials that I glean and I find I give a different character when placing them in a work; I give another reading that changes the sense of being. For each person has a different meaning in dependence of the reading that is given. At the end, it is like life.

And goes much further on, because they are not only renovated forms, neither elements that added, superimposed, but they reach a new condition or forms; to the mixes these elements has gone creating an unic universe looked after a patina that the unity facilitates to enjoy the result of so intelligent conjunction of opposing objects. This objettrouvé of operation constitutes the primary essence of search, in a process unstoppable resignation that the creator’s experience and of those who face their work. It is possible and legitimate then to speak of the singular concretion of a poetic one in the way of making of Núñez, that which doesn’t mean that it ignores valuable antecedents legitimated by the history of the art. Alone that, for example, the intention and the result is located in the antipodes from the readymade so expensive to Duchamp and of the chances of the ephemeral art in vogue during the mediocrity of last century.

The capricious forms, result of these collages or three-dimensional accumulations, they always possess the vital encouragement that receive to be located in the Olympus of the most demanding creations, product of that imagination uncontrollable that prevents to stop to unite pure waste to transform them into a novel entity, beyond the recovered beauty, it would be said of a new acquired beauty, because of that union the miracle of the beautiful thing has arisen, in a new dimension.

The artist deceives the expiration of the objects, and to reformulate his character the gift of the perpetuity, they resurge now anointed of that splendid character that confer the perseverance, the imagination, the dexterity and the firmness… they reach a new and respectable life.

After knowing these and other works it is possible to affirm that the time, in step, constitutes a constant in Tomás’s work that the established relationships inside that dimension overcome the waste although it recovers the memory of the things. Each work of Núñez takes implicit the act of reborning.

To contemplate each one of their works attentively allows the realization of a seemingly archaeological exercise -in the bottom it is not it since the appropriations are distanced of the nostalgia – in the one that is appreciated as in an appeased way metallic nuts cohabit, bellboys of pasta, frames of cellular telephones, tablespoons, forks, faucets, in short, all the humanly imaginable one that now compose a character, a homage to another respectable artist, a left roulette of a collection of astronomical calendars or the column to commemorate a new battle epic poetry.

These works allow to feel as the jetsams after the shipwreck of an enormous craft they are recast to live in a new world, in this occasion not in an ocean, if not in a room of exhibitions, where they celebrate their victory about the elements, the time and the nostalgia.

HOMENAJE A VICTORIA (TRIBUTE TO VICTORIA) 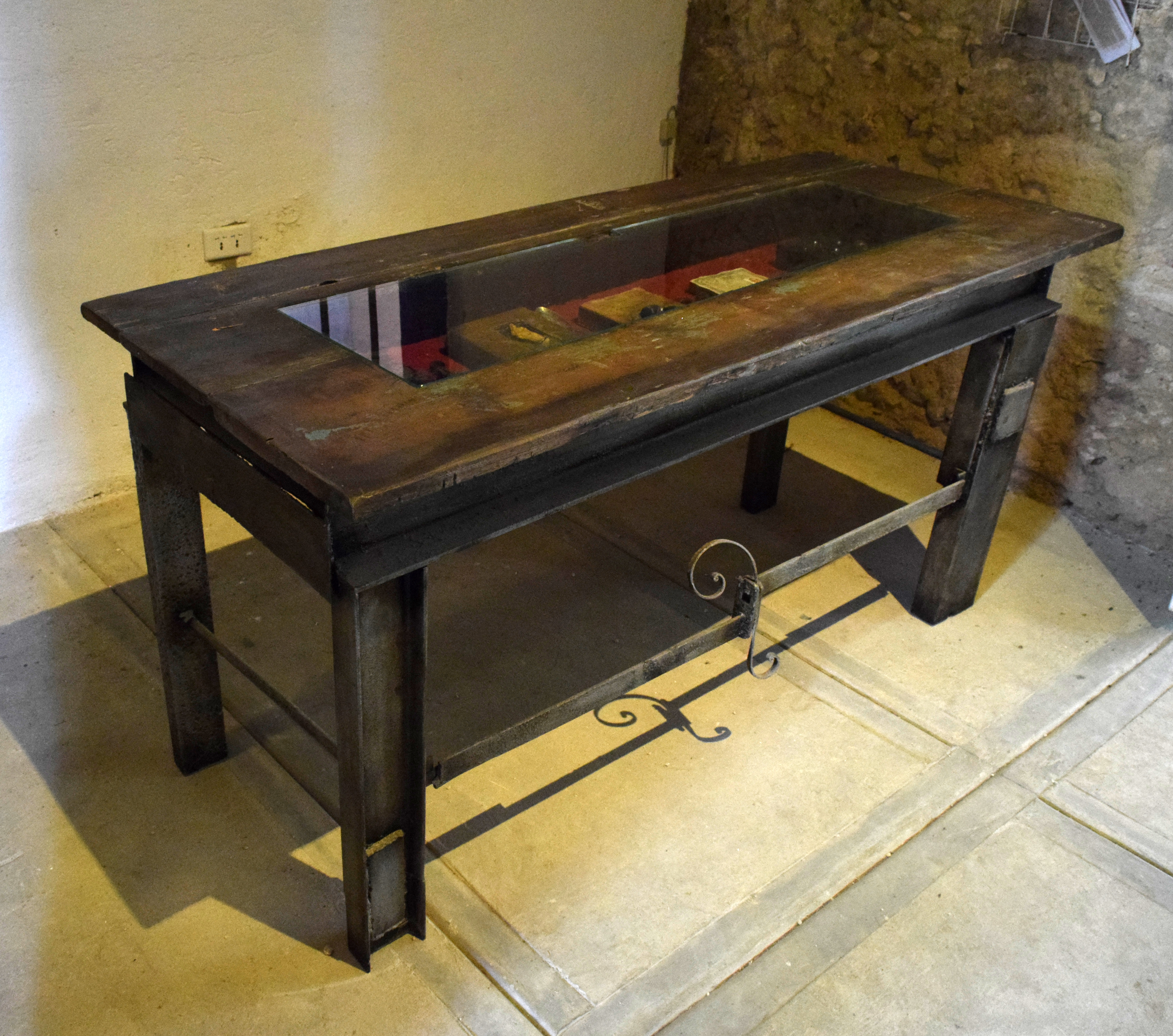 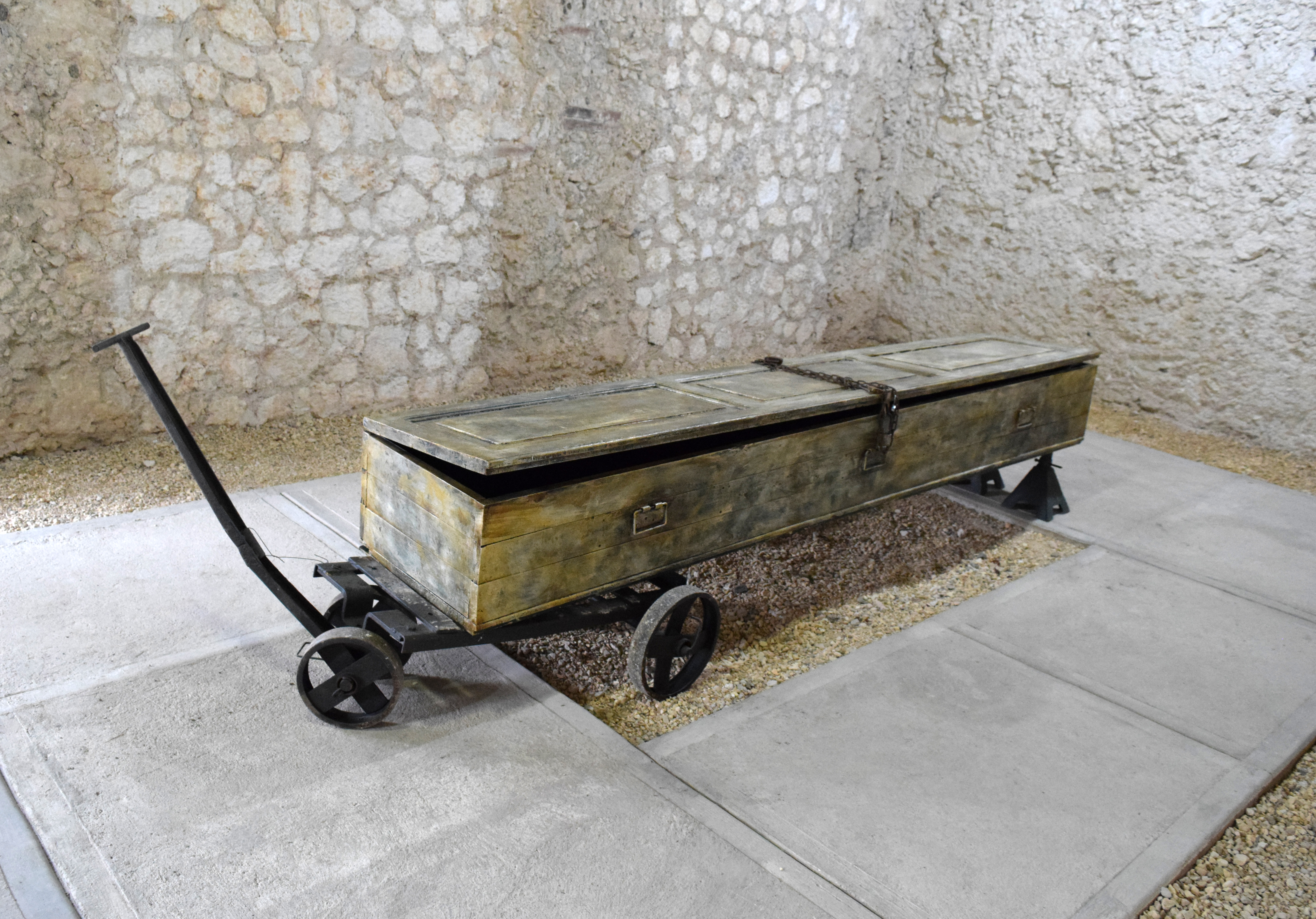 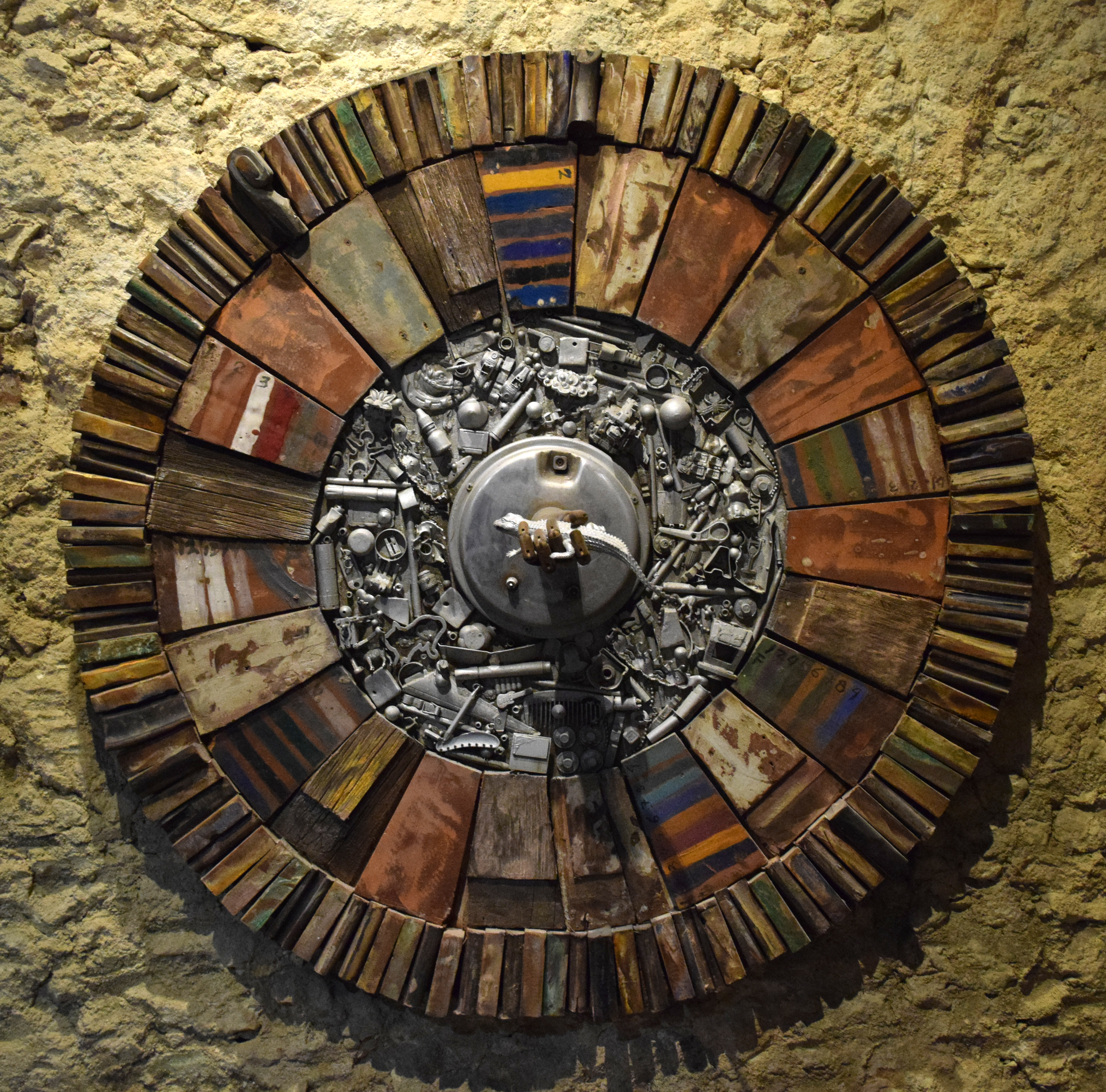 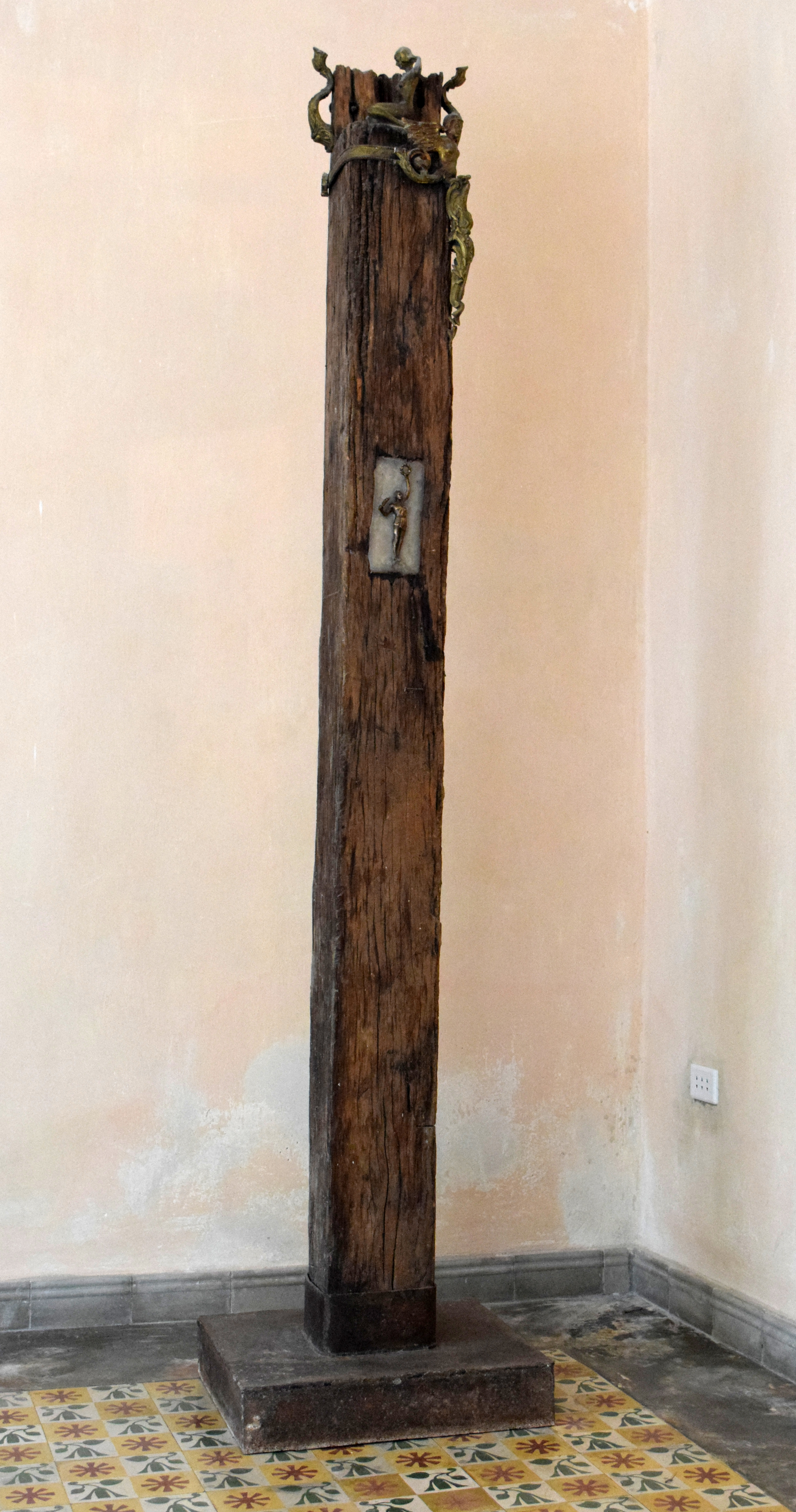 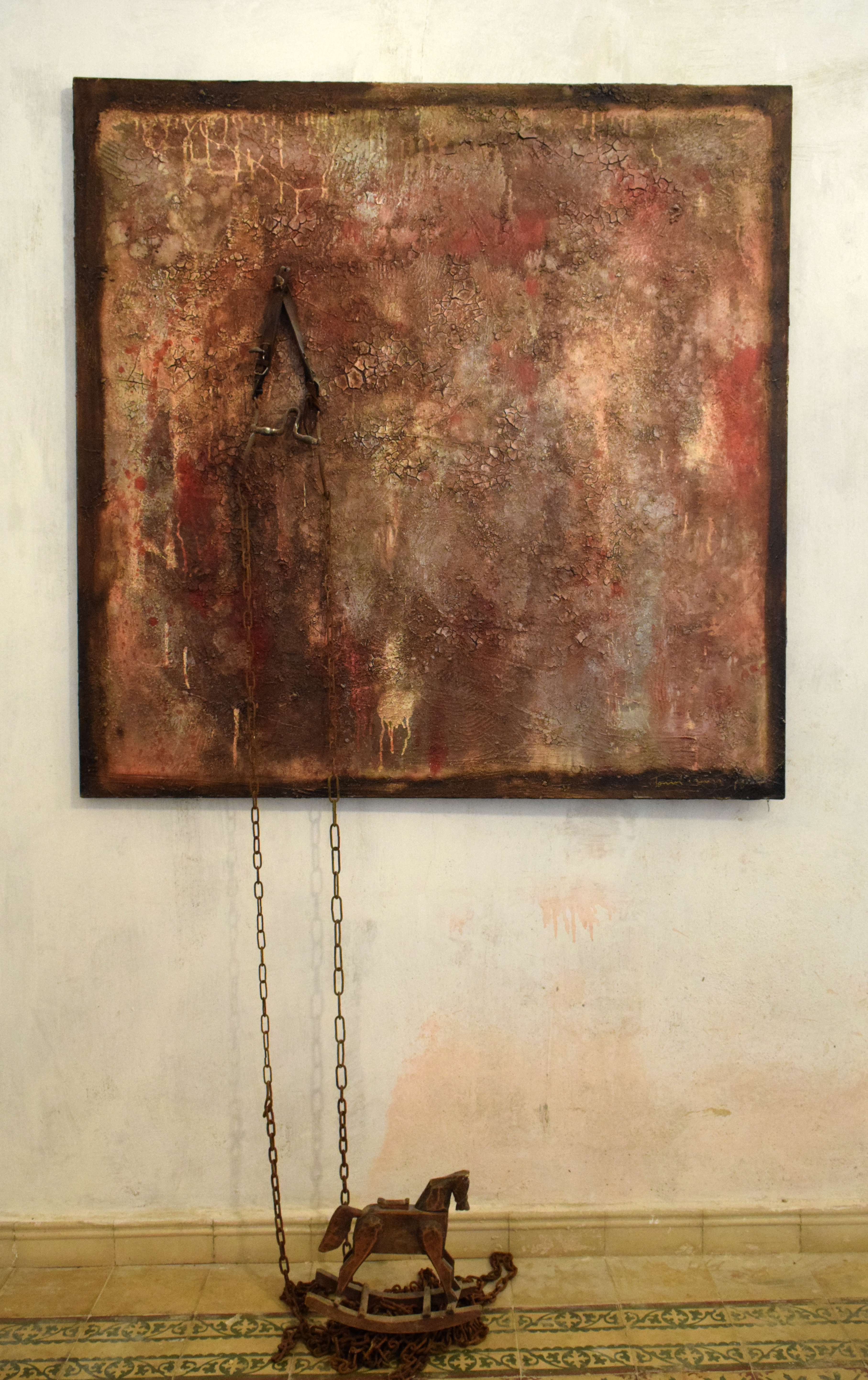 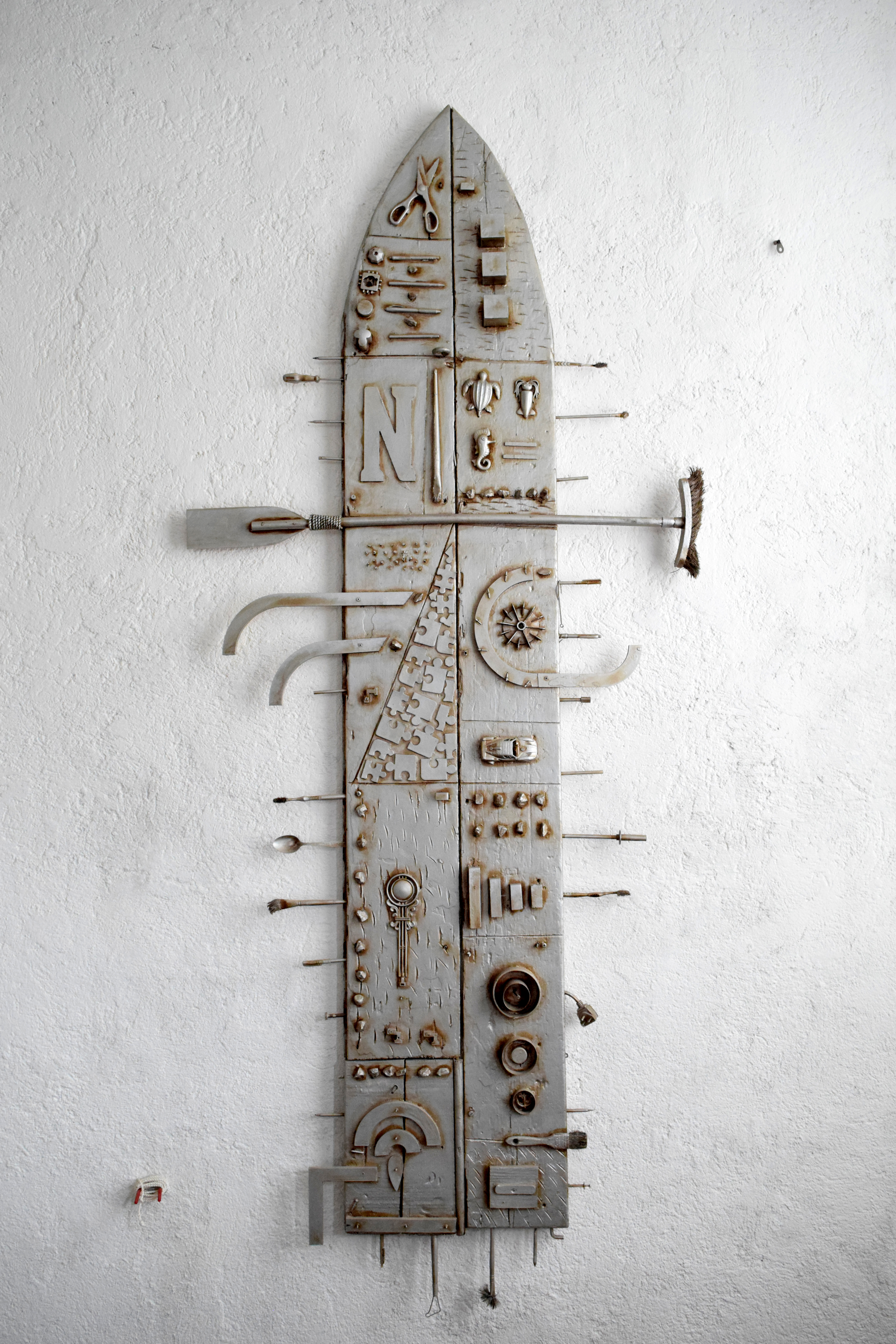