1970- 1973 Studies at “San Alejandro” Academy of Fine Arts.
1978 He graduates as the best student of his class, at the National School of Art.
1983 He graduates from the Higher Institute of Art.
1983-1986 He was director of the municipal gallery of Marianao, Havana.

In addition to his work as a creator, he heads the team Culture and Tradition, which intends to reinsert traditions in applied arts and in art in general.
He belongs to Reencuentro (Reunion), a work team that specializes in visual arts, teaching methodology and studies on the culture and identity of humankind. In his work with both groups he has been the author, co-author and promoter of the projects of watercolors, seascapes and landscapes in his initial exhibitions, with Carmen García as part of the Reencuentro’s team and later as director of Domingo Ravenet Gallery, which includes the project in its exhibition program.
He has promoted a group of landscape artists, both in its traditional form and in its renewal and free creation. In addition, with the group of artists he carries out a program of guidance, exchange and teaching for self-made artists, publications, mounting of exhibitions and research for those interested, with support from Cuban specialists and critics as well as with promoters and galleries abroad.
He was the organizer and promoter of the project of the first Víctor Manuel Landscape Salon, with the important collaboration as co-authoress of Nieves Machado, a specialist at the gallery of the same name belonging to the FCBC.

He carries out research on these themes and others related with ceramics. Being a creator in his form of art, he collaborates with the City Historian’s Office of Havana in the reinsertion of traditional techniques, supports and decoration based on studies of the documentation in the archives and archaeological cabinet, and with the support of specialists. This work has resulted in the creation of flasks with different supports for the parfumerie 1791, works for the Colección Habana china collection, traditional containers for aromatic leaves and medicines, tobacco cases and dishes, among other items.

Exhibitions
2004 Fifty Cuban artists at the Arch of Triumph in France, organized by UNEAC and French entities.
Cuban painting in Malaysia, organized by the Cuban Fund of Cultural Goods and Malaysian institutions.
Solo show in La Acacia Gallery, together with an overall exhibition of contemporary Cuban landscape and solo show by Diego Torres.

Daytime and at Nighttime

Offering of Health and Prosperity for My People

Chronicles from a Day in San Juan

Evocation of an Old Lady

The Daily (Sketches of my Havana)

People from the Neighborhood

Idyllic Space at the Quibú Bank 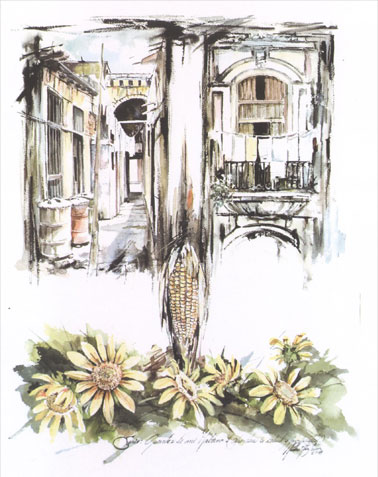 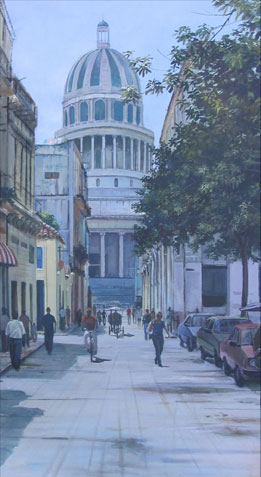 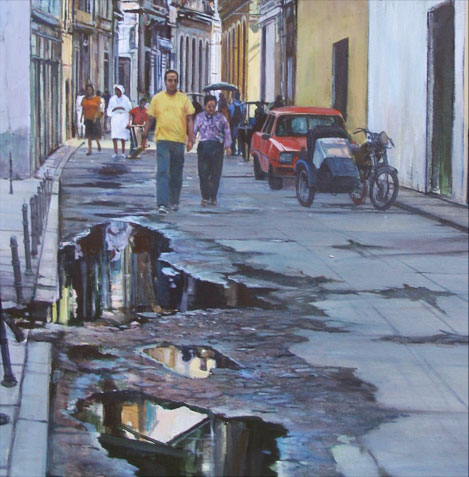 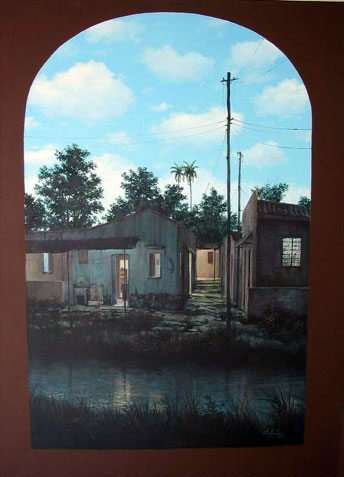 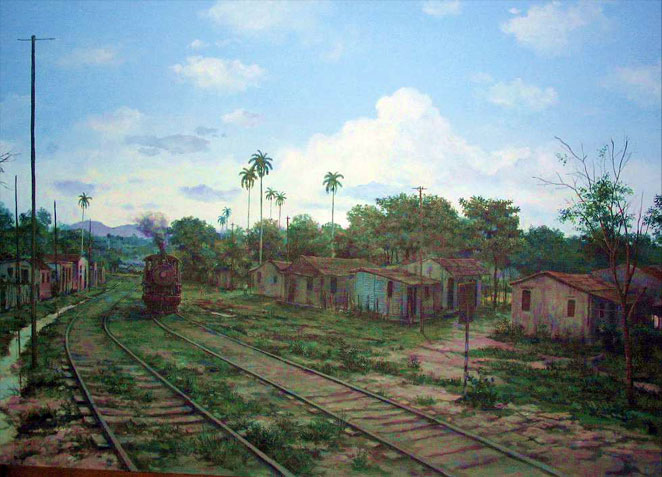 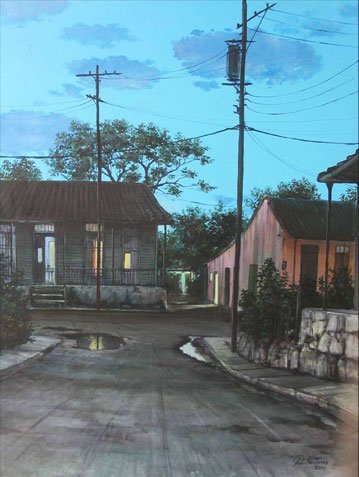 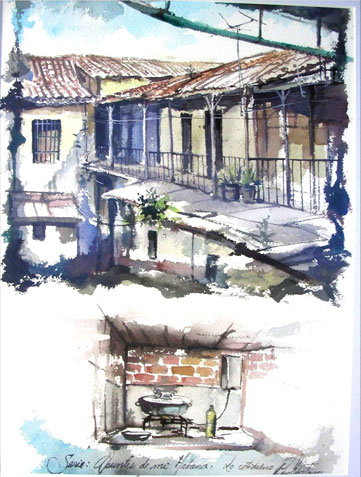 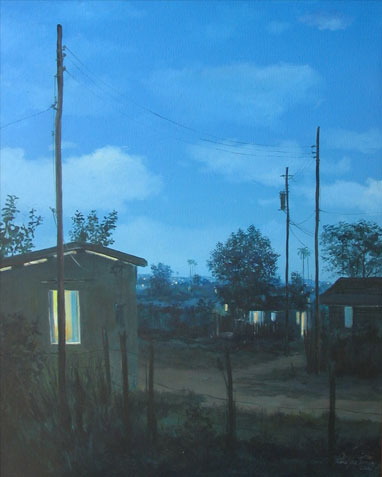 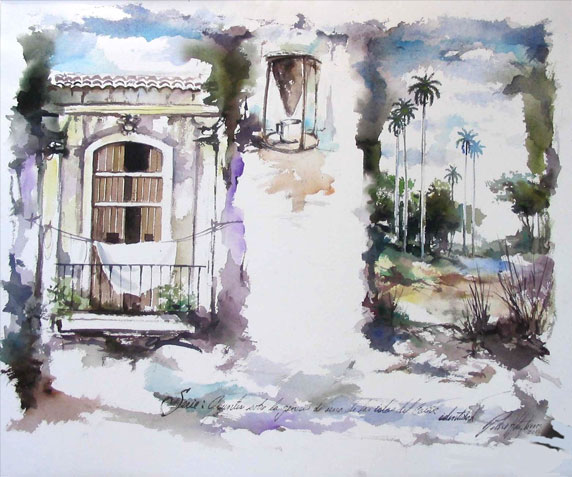 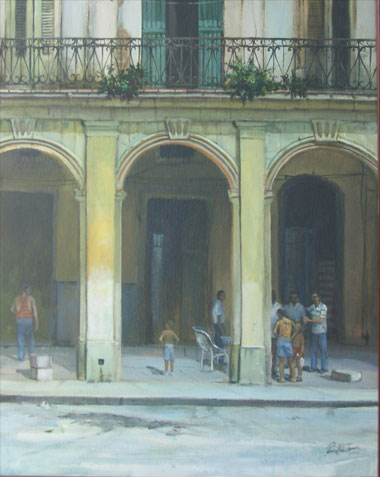 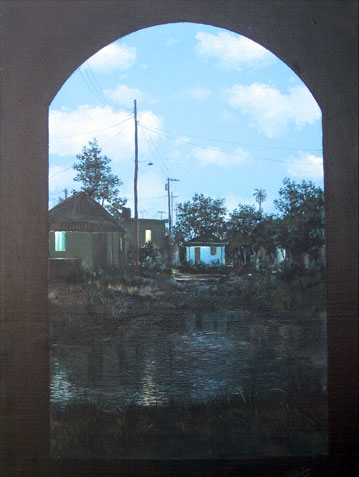 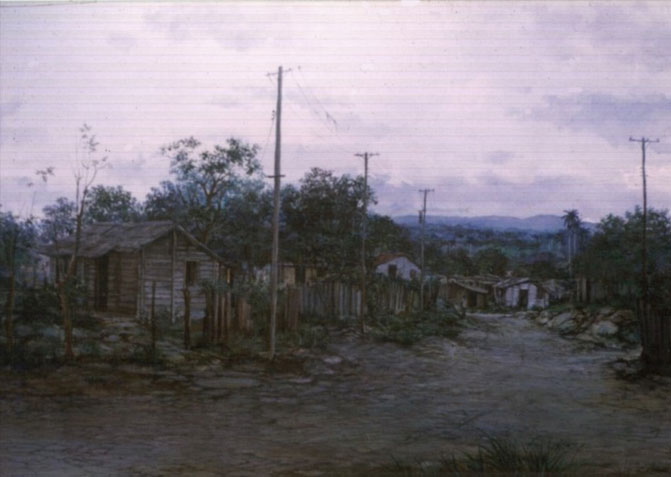 Ask
The Daily (Sketches of my Havana)
Pedro Hernández Torres 2004