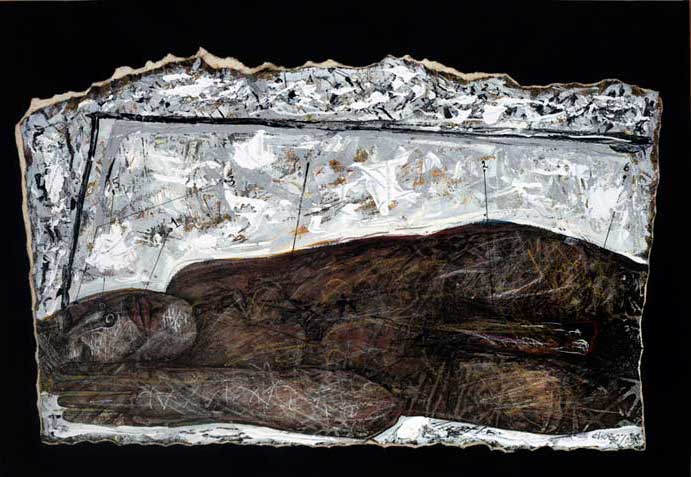 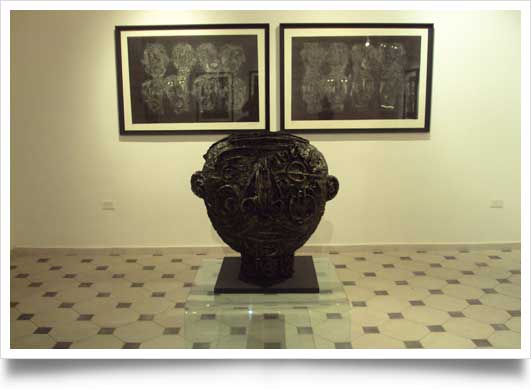 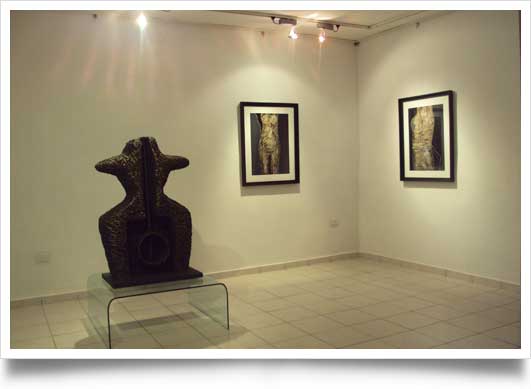 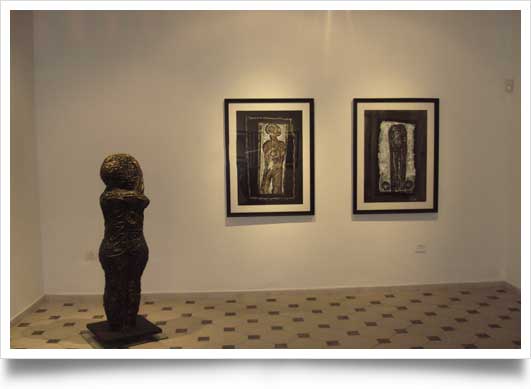 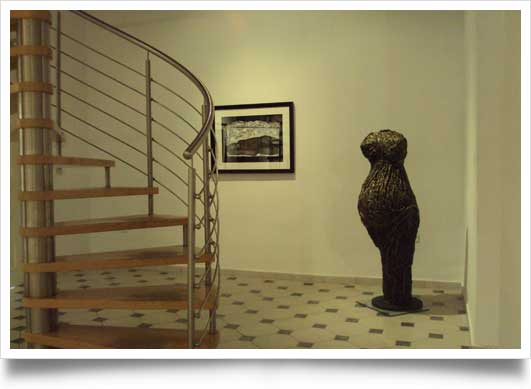 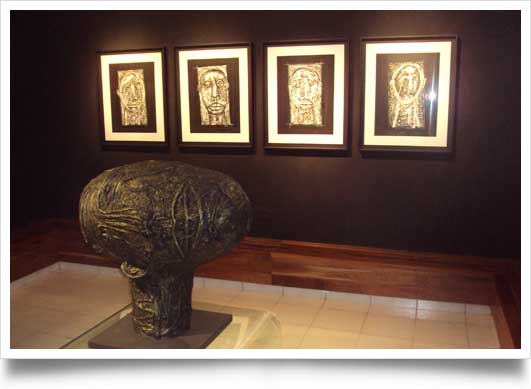 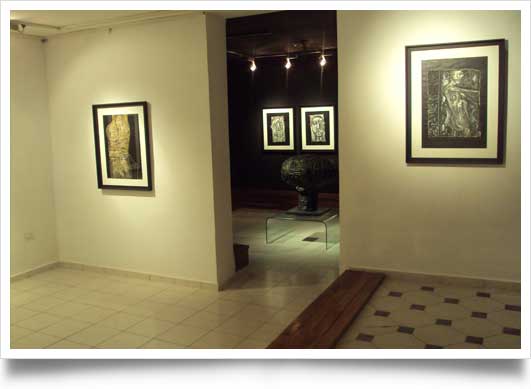 The experience of Choco...vibrates inside

Sometimes, when we look back to the intimacy of our lives, the longings that kept us in suspense so many nights dilute in the enjoyment of everyday life. So much so that when Eduardo Roca Zalazar Choco to everyone focuses his glance on the universe that surrounds him, it is the human figure that becomes the key to his work.

In spite of the fact that Choco was first trained as a painter, it is his collagraphs characterized by perseverance and craftsmanship what define his activity to many. The taste for manual activity and the thoroughness with which conceives each piece also derive from the need to endow the material (pictorial or graphic) with stories and experiences. To reveal the inner meaning of existence has been the motto that guides him to the act of creation, a sort of personal, truthful and enriching exorcism.

Although this time the artist returns to the drawing and tackles the third dimension through a set of sculptural figures, the insertion of Coro (Chorus), 2010 entails a point of anchorage with previous shows in which collagraphy was the structural core. The eleven now proposed collage-drawings appear as fragments of a reality in which the bodies (feminine, masculine, androgynous or hybrid) acquire an unusual prominence. Filling in the composition and suggesting something that happens beyond the border seems to be his intention. La siesta (The Nap) and Abrazos y despedidas (Embraces and Farewells), together with the torsos, are indications of the human being, references to its corporeity, pretexts to glimpse into the intimacy produced by eroticism in the relations. Precisely there where the bodies vibrate.

On the other hand, we also discover in the faces of African features embedded in white, abstract expressionist backgrounds (Reflejos, 2004) (Reflections, 2004), an ethnic study of strong visual contrast he had previously hinted at in one of his works(1). A study that gains greater visual intensity in the sculptures Juego de cabeza (Head Game) and Bemba colorá (Red Lips). The artist’s wit consists in bringing to a new level the tactile quality so often explored in his paintings or collagraphs. The above-mentioned pieces and three others included in this exhibition are, in fact, the step that precedes sculpture by the bronze casting method. Here, the mold made of special manufactured paper, as well as his prints reproduces some of the motifs we find throughout his career.(2) Choco jumped to sculpture without abandoning his roots. The fact that his characters transmigrate from one genre to another exploring the corporeal, attests to his interest in exploiting the sensuality of the material, in drawing it nearer, in making it suggestive.

It is well-known that experience is not achieved in a short time, but rather with the perseverance to master a trade that is authentic and sensitive as few are. To explore, to experiment with art matters has always been the goal of every creative pursuit; in Choco it additionally combines with a subtle lyricism that turns the daily, the interaction of bodies and the self-acknowledgment into a journey to intimacy, to the mystery where life, unpredictable, vibrates.

Notes
(1)Series Longaza, oil on canvas, 1999.
(2)The reference to Juego de cabeza (Head Game) also applies to the print Me canto y me celebro (I sing to myself and praise myself) (1998), and in the second case, more directly to the homonymous collagraph Bemba colorá (Red Lips), from 2003. 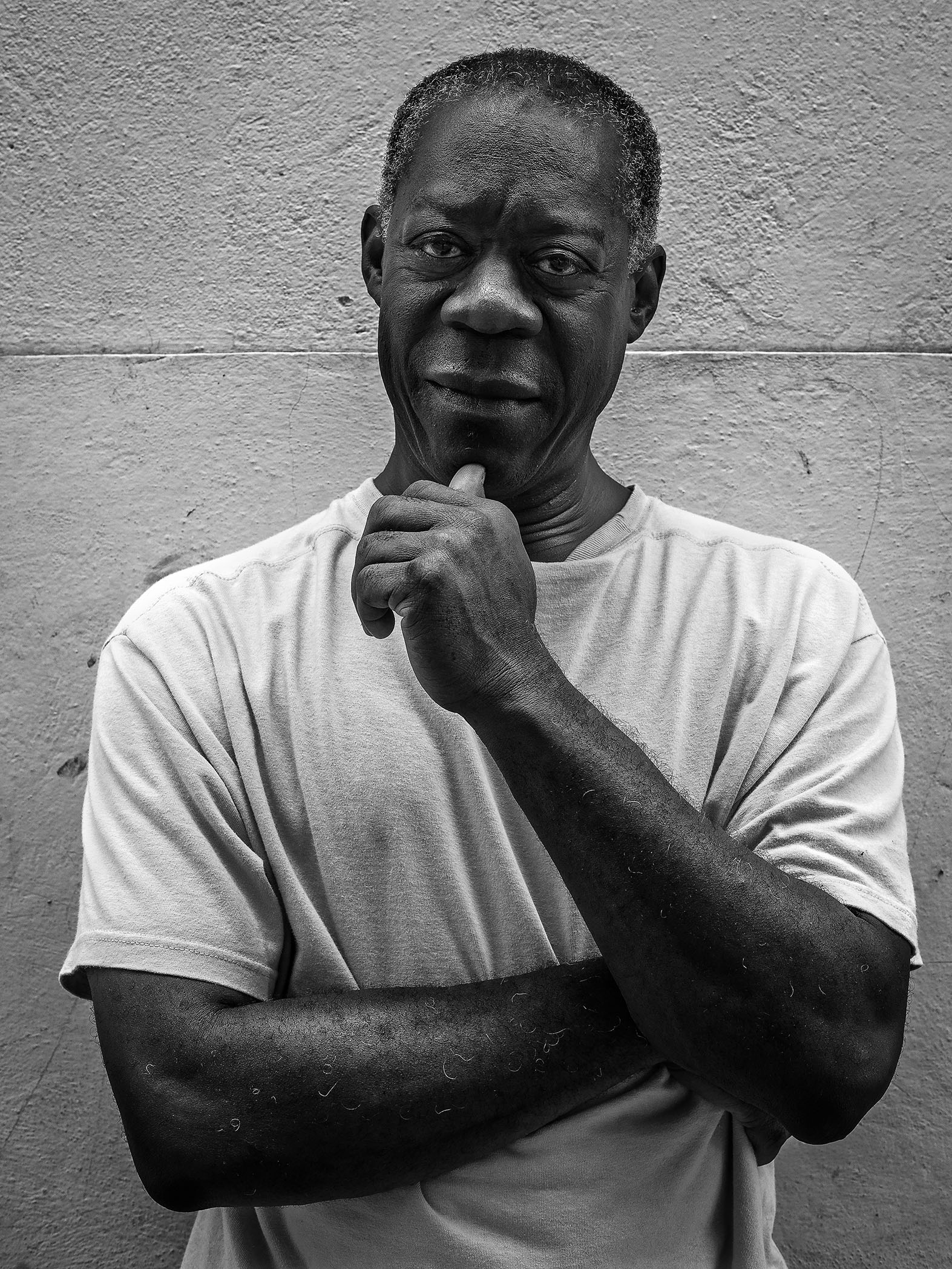 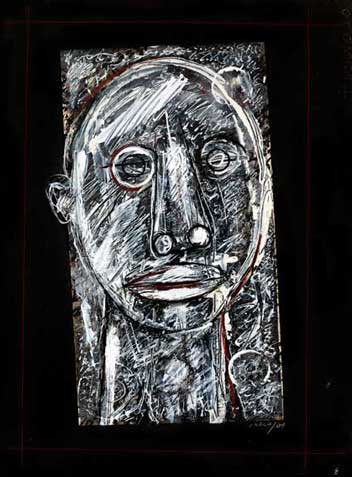 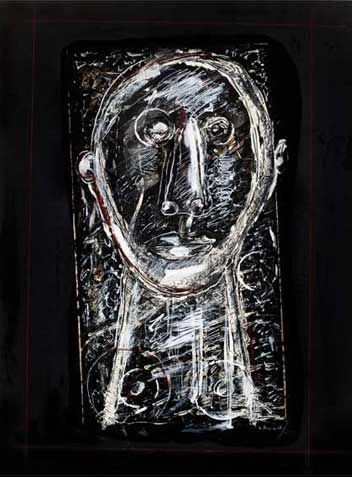 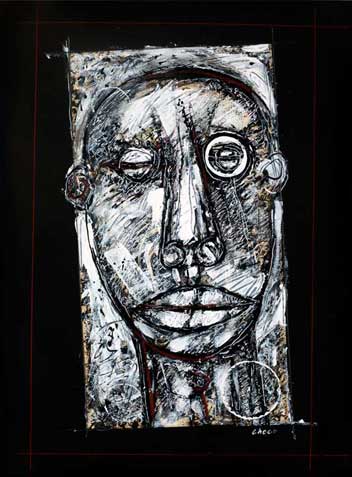 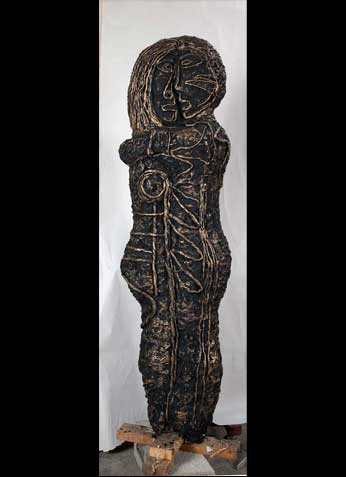 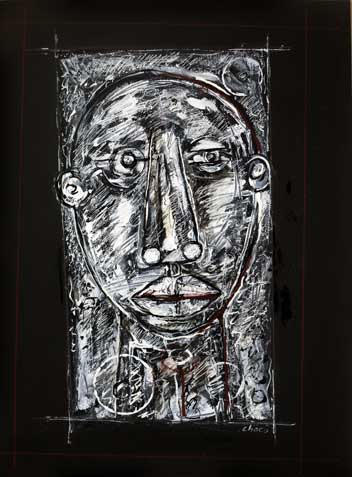 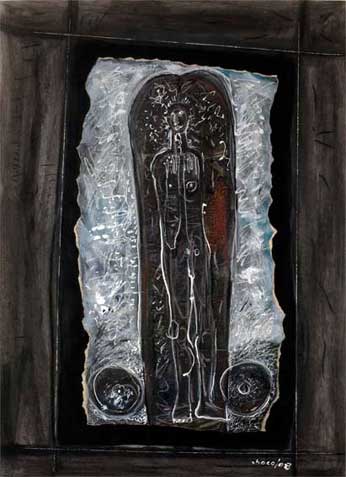 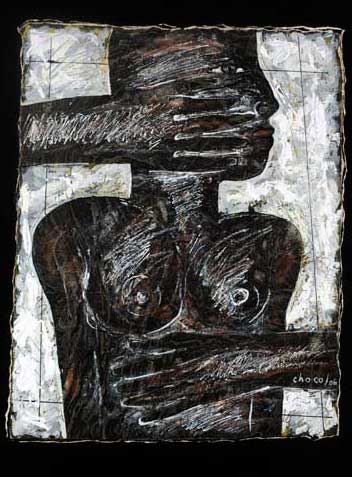 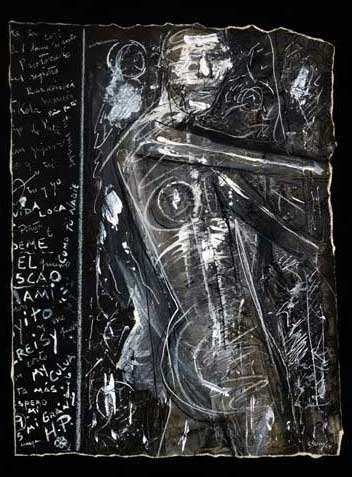 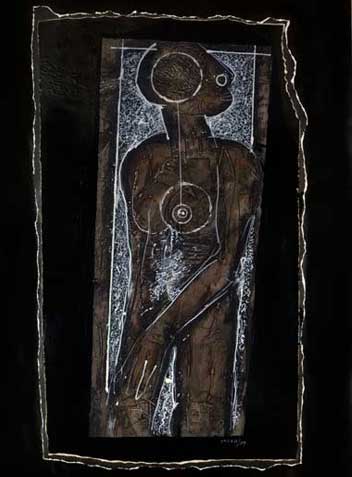 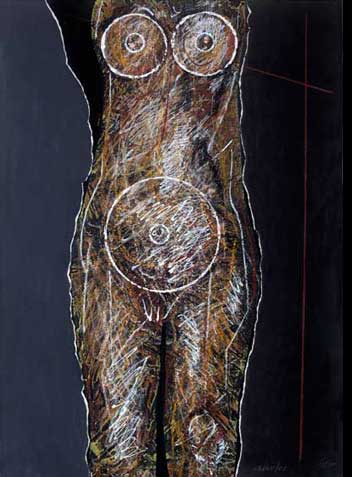 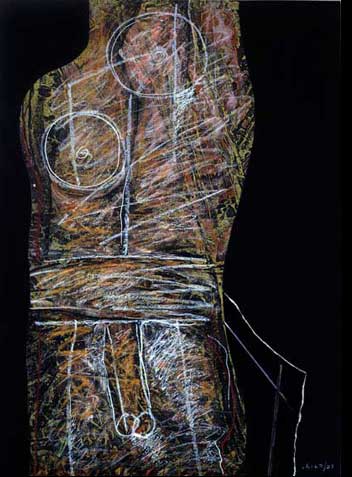