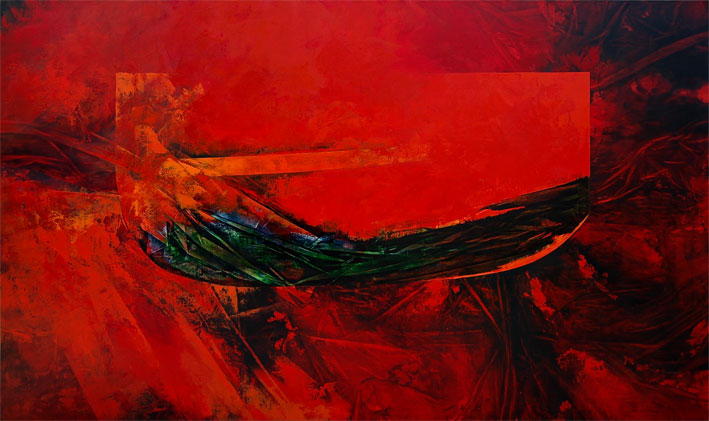 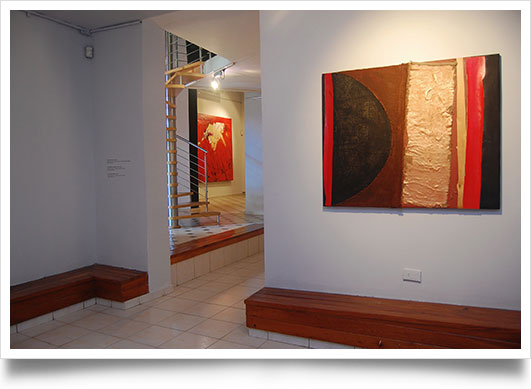 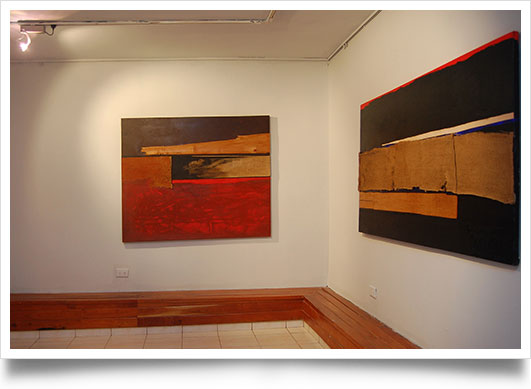 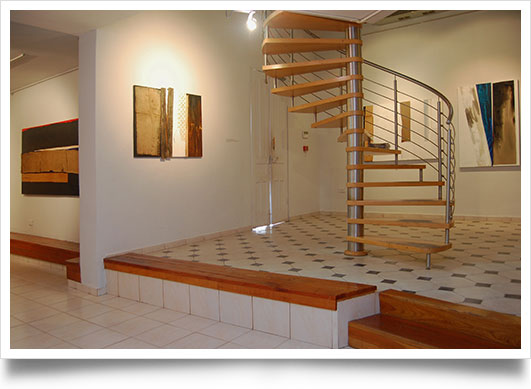 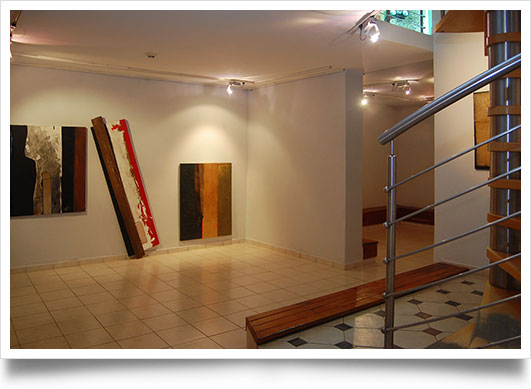 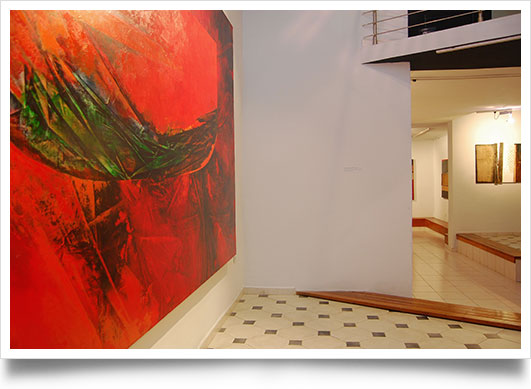 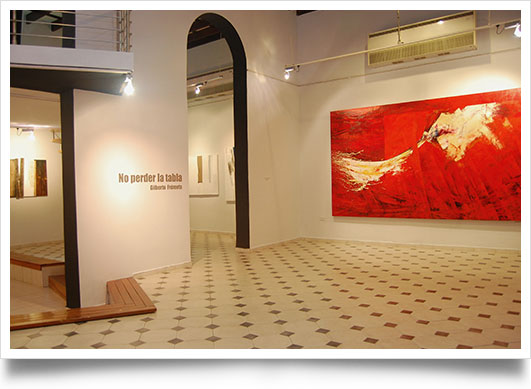 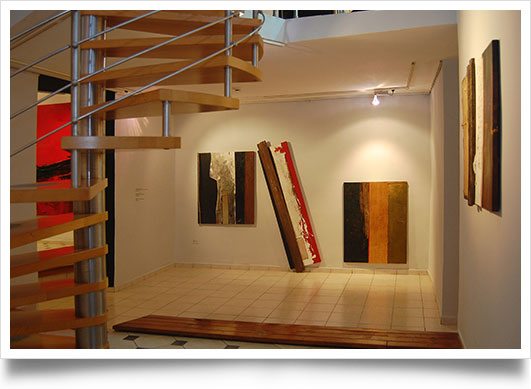 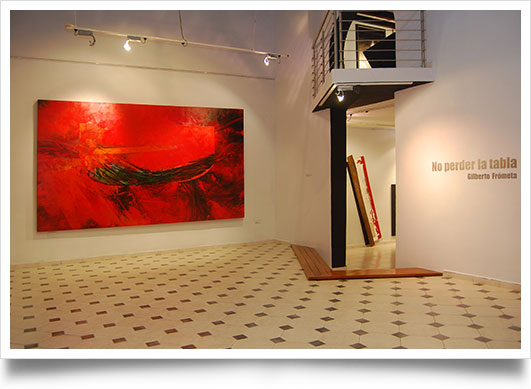 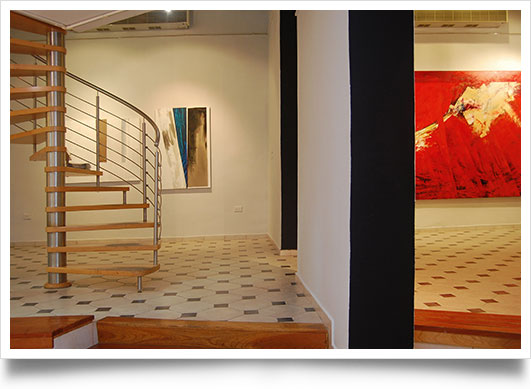 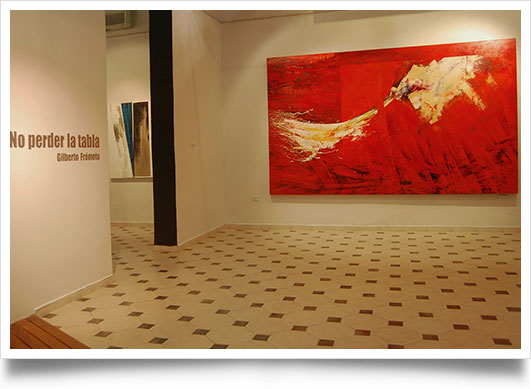 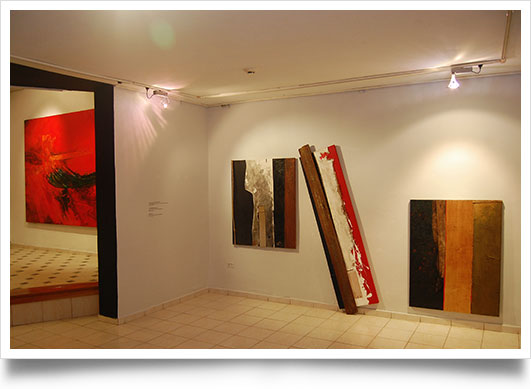 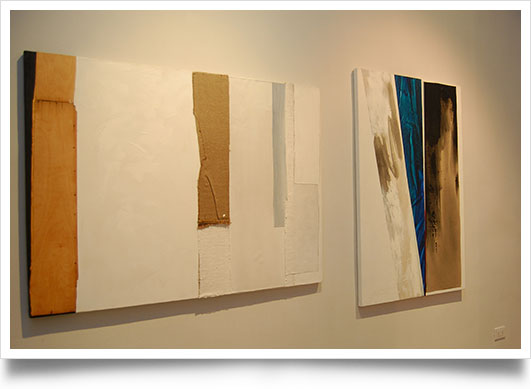 Frómeta enjoys himself. From a furious figurative he becomes a vehement abstract without further complexes. And he does both things very well. He wants to see a painting and then he paints it or makes it, without caring much for kinships or esthetic relationship to this or that. He is an essentially free man, if we understand this condition not as the faculty to do all you want, but, on the contrary, as the impediment of not doing what you don’t want. And that happens in his personal life and also in painting, although we may never know -simply because one can never know- where one ends and the other begins.
Now he broaches assemblage informalism. But he keeps on making absolutely bi-dimensional works and even one or the other of his memorable horses, if the need and the idea appear timely. He doesn’t abandon the previous paths. He doesn’t deny himself. He simply is that way, unprejudiced, diverse, playful.
I think that in an artist of such long career it will always be necessary to welcome his capacity to assume risks, that not minding a bit whether the work is accepted or if it is feasible in the market, or what it specifically represents in the intense labyrinth of his daily activity. He paints and that’s it. He mixes the virginity of the canvas -wreckage leftovers?- with woods that already had their share. And the result stands before our eyes. Take it or leave it. He makes art, in the first place, for himself. And smiles when making it, like someone who recalls remote mischief.
At this height of the game, Gilberto Frómeta has seen almost everything; that is why it is naïve to try to critically pave his way. The titles of the works have an orientation value. Silence Was Broken, Returning to Order. It is no coincidence that this last title belongs to a work of calculated balance. And in the first one, what silence is he referring to? To the silence of the critics, who may literally shriek before his works, or to his gift of turning the internal monolog into a dialog from the walls of the Gallery institution?
Since he believes in the balmy power of art, one of the monumental canvases that welcome us is entitled Relief Symphony (something like alleviating or sedative symphony). Is it a joke? Can the enervating red calm anything? Because although there is something cheerful in the intention, when discharging himself, when overflowing in the pigments, the painter alleviates from the hard load of existence.
Cubans, with the passing of time, have become artificially earnest or solemn. Even for the smallest gesture we demand a brainy intentionality, the famous concept. Here each one may see what he wishes. I, for one thing, perceive the intense joy of living of a man in plenitude of faculties. And you may laugh if you want, because that’s what it’s about; the playful role of art is not the only one, but it is as much valid as any other. In short: don’t lose your temper.
I have a primitive and selfish way of appreciating art. It consists in going to galleries and museums and asking myself which works from those exhibited I would like to take home with me. It is not that those I don’t like have no values; it is just questioning myself up to what point I would be willing to coexist with a painting or a sculpture. In this case the answer would be: with all!

The One with the Small White Stain 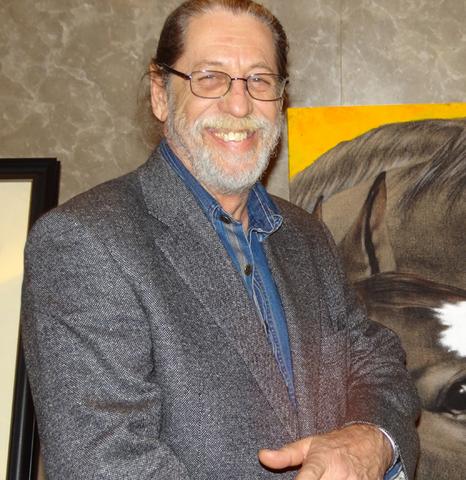 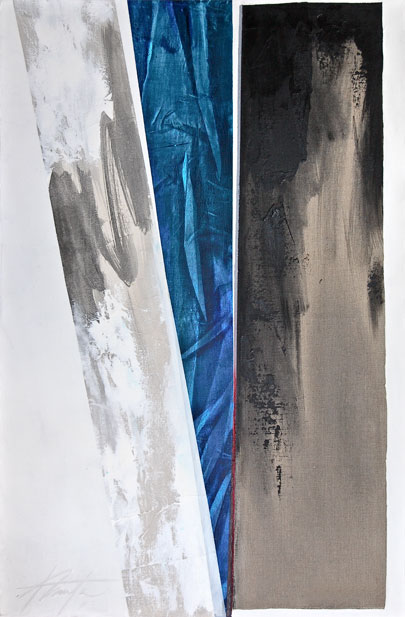 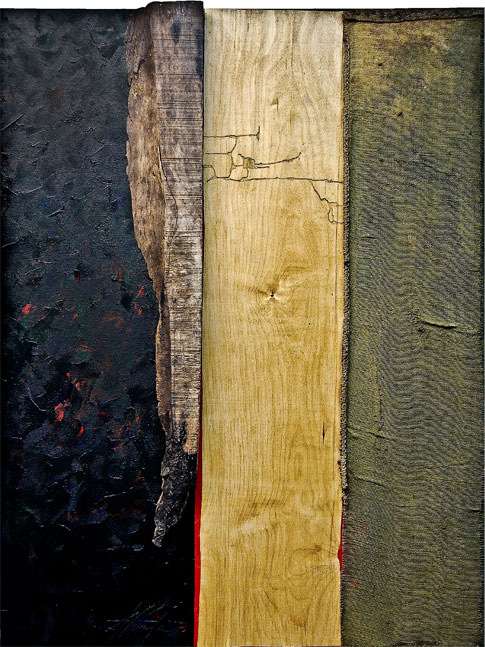 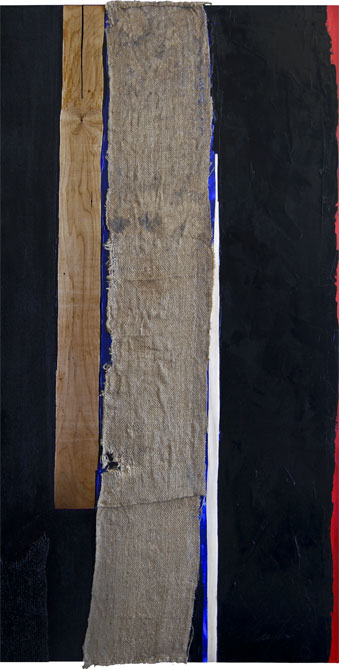 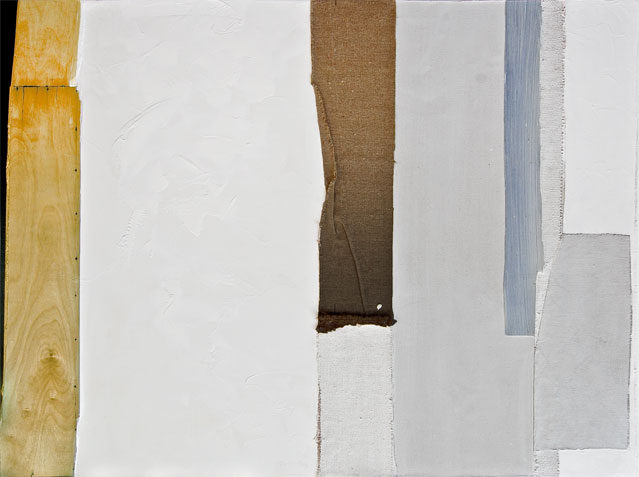 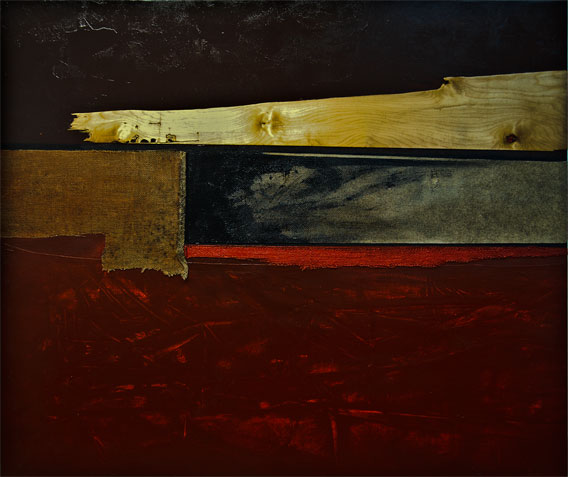 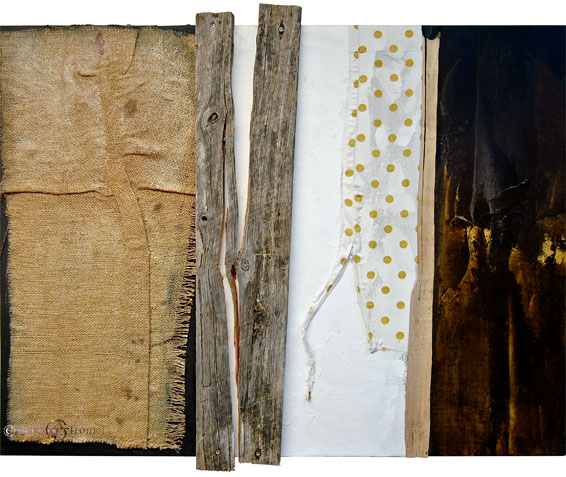 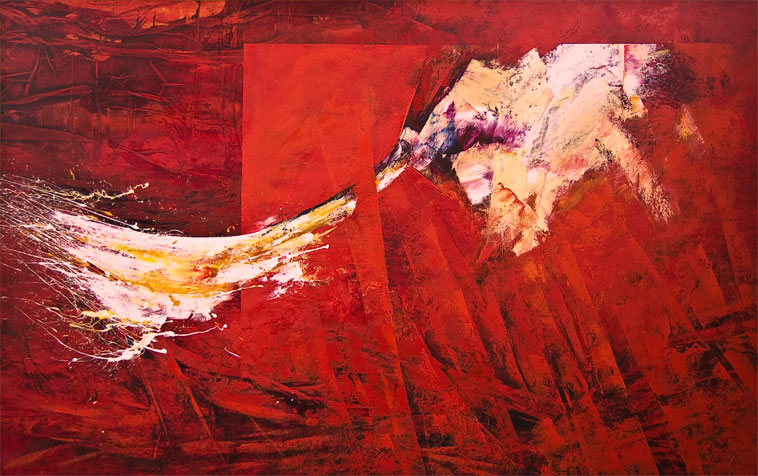