The Other Humor (not Chago's)

To exceed every now and then the conventional supports of humor will remain the quality of the Eduardo Abela of my times. The need to be factual is what already distinguishes him and places him in a state of grace in the universe of Cuban humor, so dependent of lines on a plane. He has evidenced and shown that the three dimensional or spatial nature of this branch of the visual arts is much more than certain personal semi and three dimensional caricatures created at a certain moment of the twentieth century.

These new artifacts by Eduardo Abela Torrás enrich the branch of art to which he belongs by heritage, fate and will. To jump from one point to another beyond, to expand, return and set sail once more is part of his satirical strategy with a strong substrate in the visual quotation, the hidden or evident loans something so normal and characteristic in the art community, and to Abela, a code, his trace.

He has publicly presented it to us in this way since he discovered the advantages and solutions of the act of appropriation, which this time emerges through renewed phenotypes. And even with something more: wooden boxes or cases that symbolize flat computer screens hence the possibility of avoiding the horizontal when perhaps the use of the vertical would have been better in one or the other specific case. The majority of the pieces from his series Popular Mechanics name of this show set up at Villa Manuela (UNEAC) are in this case.

Today, like yesterday, with his earnest humorist glance, he keeps judging the daily and returns to it with an (in)direct, inoffensive though sharp masked message. His style has great differences and similarities with the graphic humor that assumes newsprint paper and/or cyberspace as systematic platform for changeable laughter. And again there is more: it is a bit difficult to laugh with this Abela. In him we have an exporter of rearranged realities, a transformer and even a testifier. That is his nature to portray with satire, to show in whatever way in order to achieve a goal:  to put the finger in the wound, to testify with an in(visible) whip.

And there is the visual frequency of his oblong boxes.com, structured with pictorial and real elements (nails, flashes, photos, coins, optical equipment, hand-made pieces, etc.) that allude in their titles to the Internet-street or the Internet-daily life binomial. It is the digital era itself without appealing to the classical drawn PC this is how it first and regularly entered our lives, only that through the graphic humor of the nineties. Now Abela grants continuity to that art theme by simulating a (possible) link with the so-called cyberspace, where everything is possible.

In unison, with those boxes he (dis)informs ironically about repeated events of an island in trouble. He portrays, he pictures events that may probably be found in web pages his pages, frozen in a certain main identity and related to things that happen in the street these days. There are, in addition, we could say, his wooden boxes fictitious digital pages of true events, web sites from traditional art and with an exclusive dis(connection). In this way, a few customs and manners? scenes have resulted from many more that remained in the inkpot of this Abela. Scenes that one day might disappear from our environment, and if that happened, his boxes.com, in addition to being jokes on a different plane would always be are a platform with aesthetic validity. Suffice it to see them to know why.

Abela has been capable of building even a monument to the typing machine of these days, although it is much more than that if connected to the Internet (a real treat, yes, a treat). This time with a lap top carrying an identity to wherever you take it, in this case from east to west. It is the only piece with spatial autonomy in the gallery, and with satirical subtleties.

To the artist, Popular Mechanics has been a new course that made him think and summarize. At first glance this roguish series might seem what it is not; it should be looked at from a close distance and in all its details. From afar, a rooster would sing opera. The series is a recording of common sense in which undoubtedly another humor, a factual one, subsists the one that will return to his home to decorate walls and corners, as usual, of a historical apartment of the fifties, where a banana tree grows in a flower pot in the living room. But this is another joke of nature? 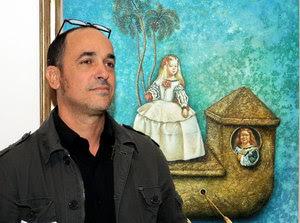 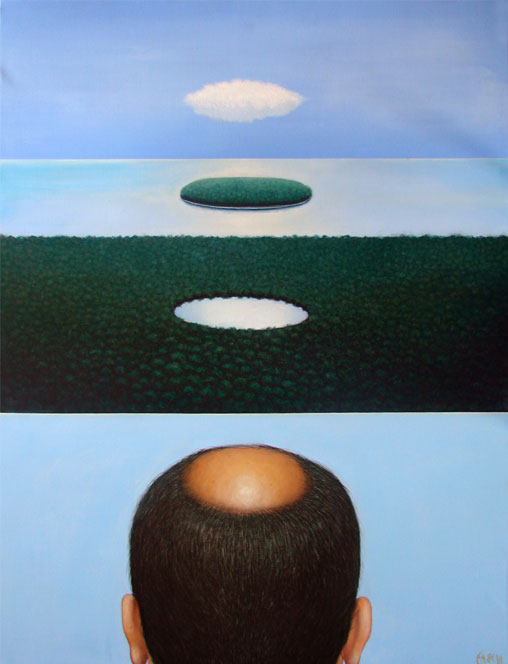 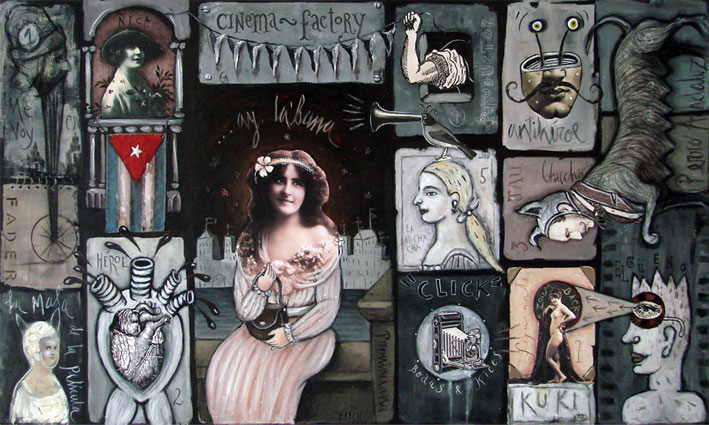 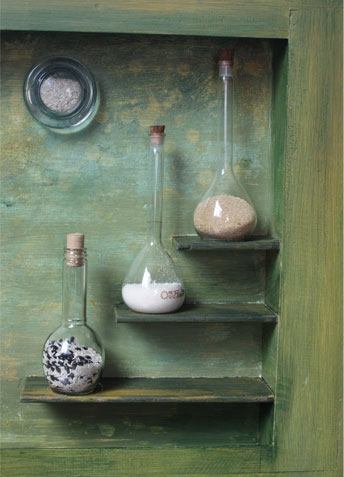 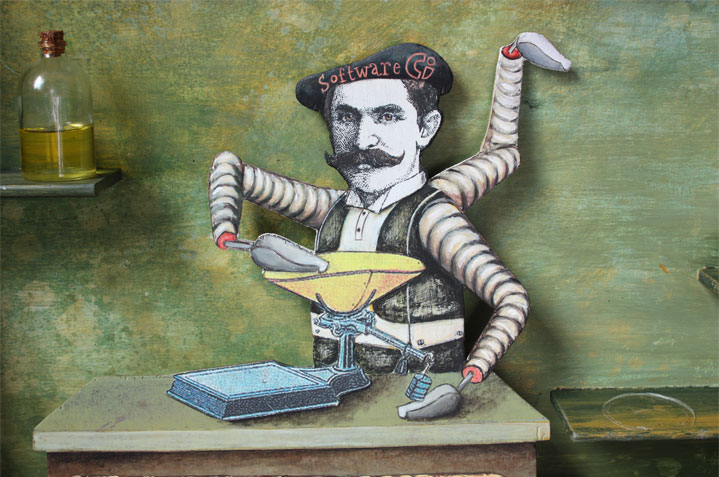 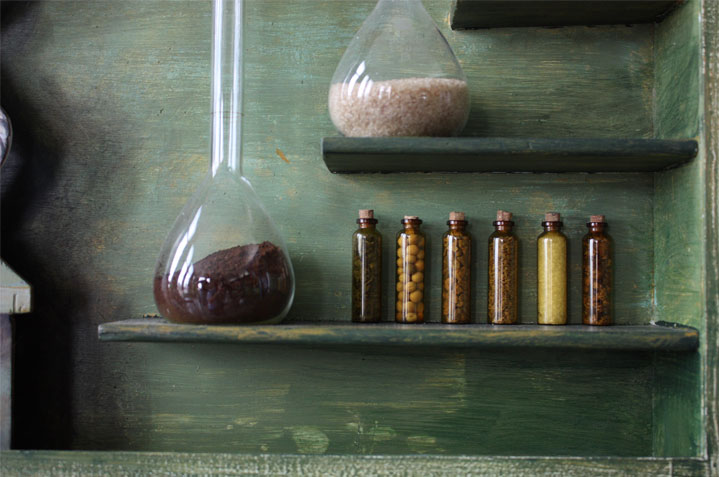 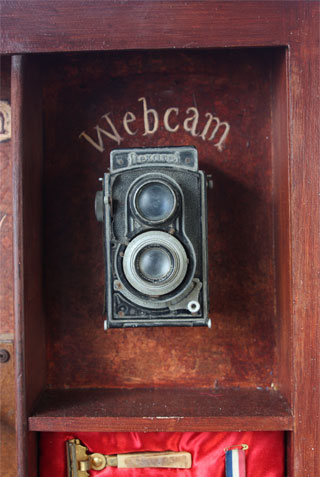 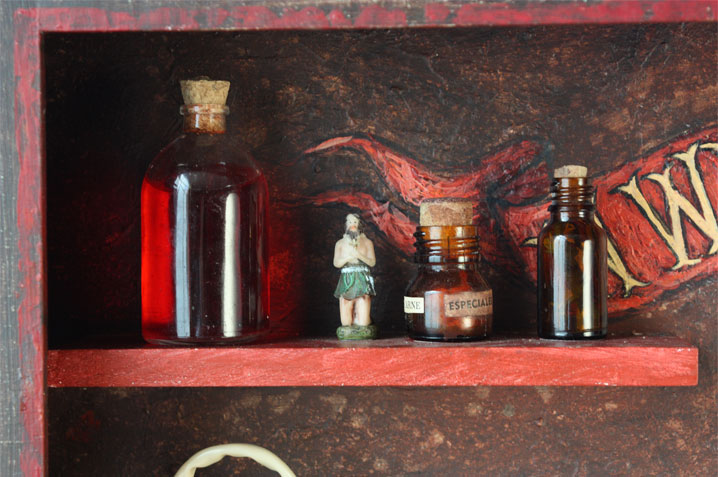 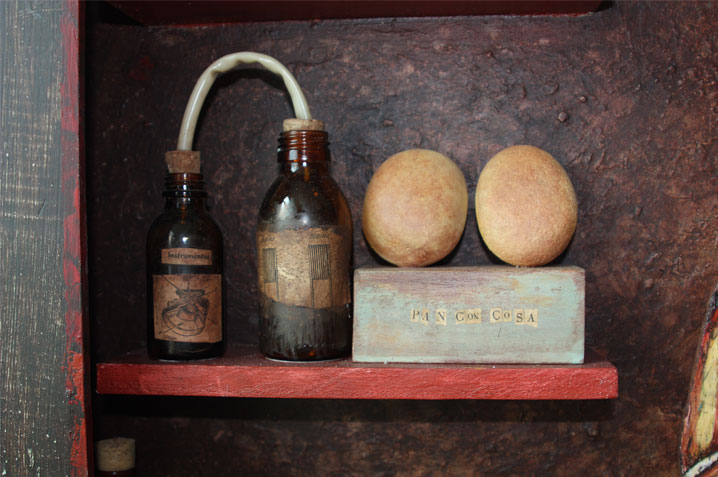 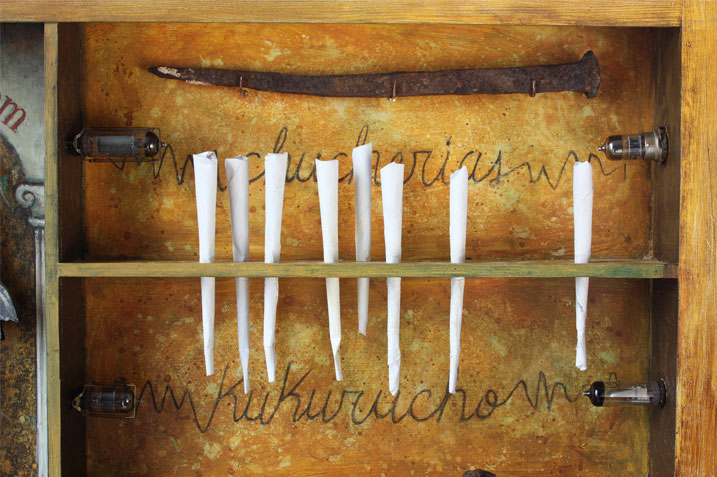 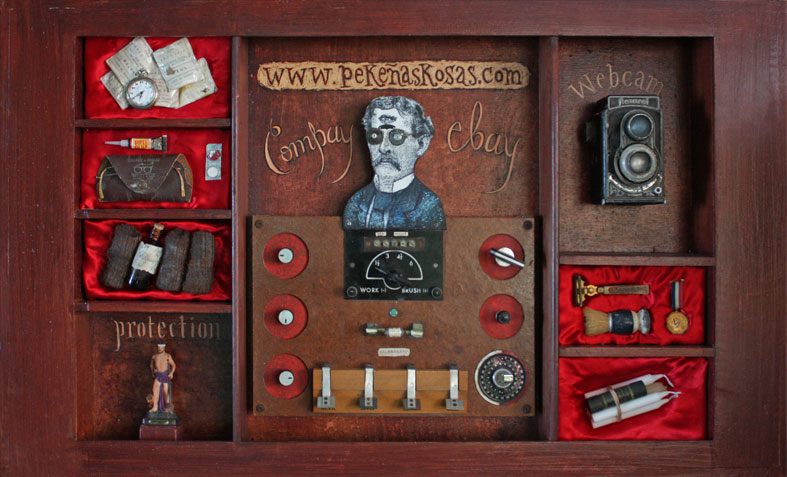 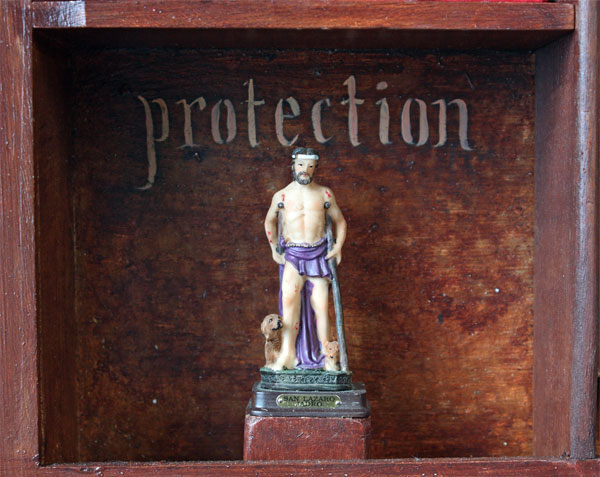 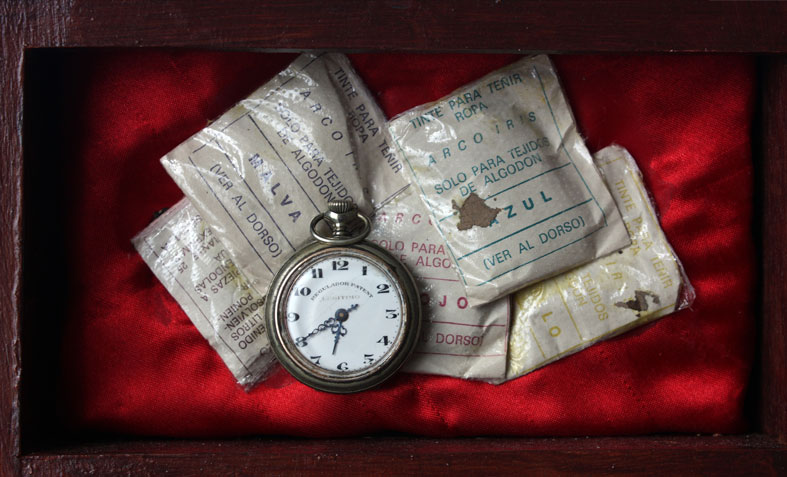 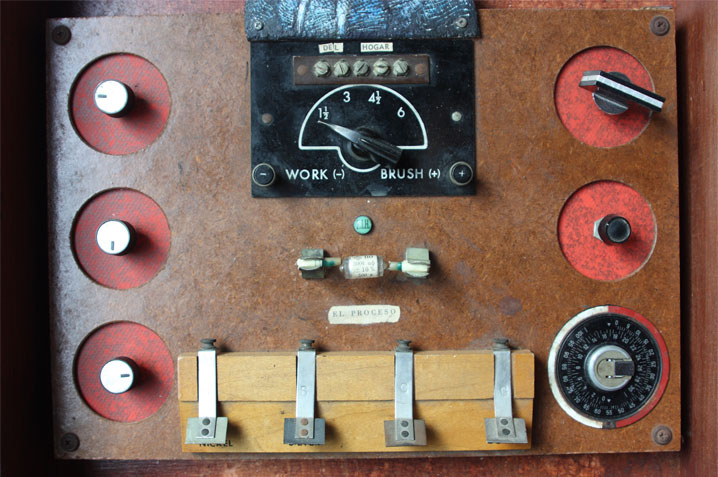 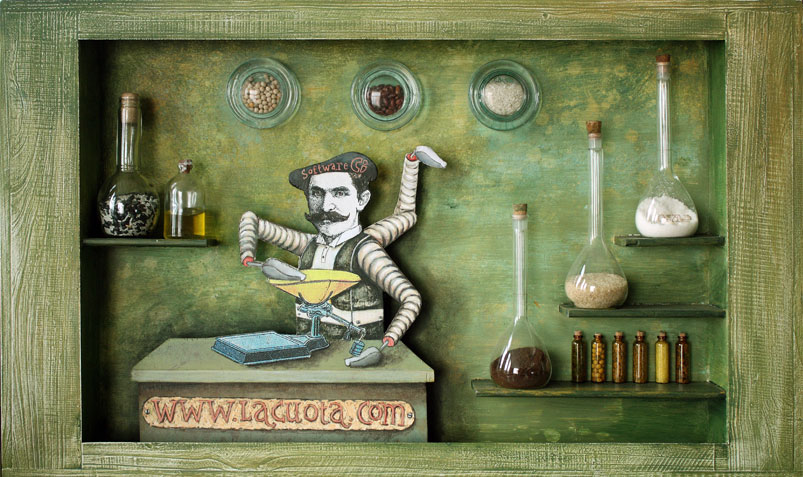 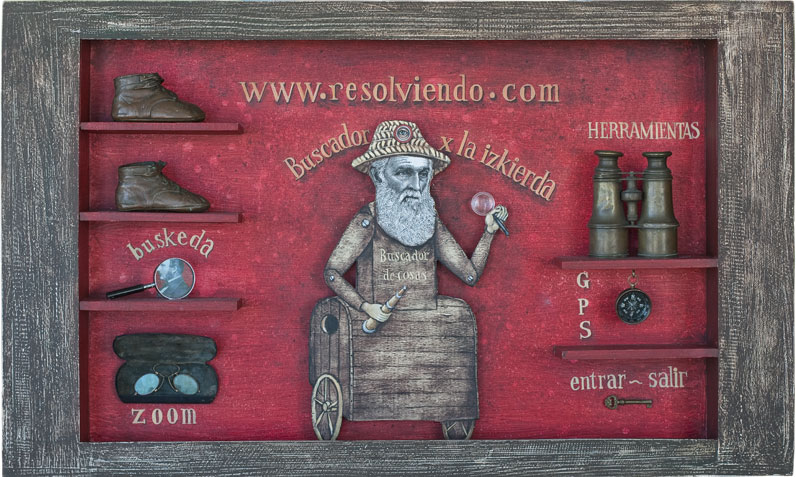 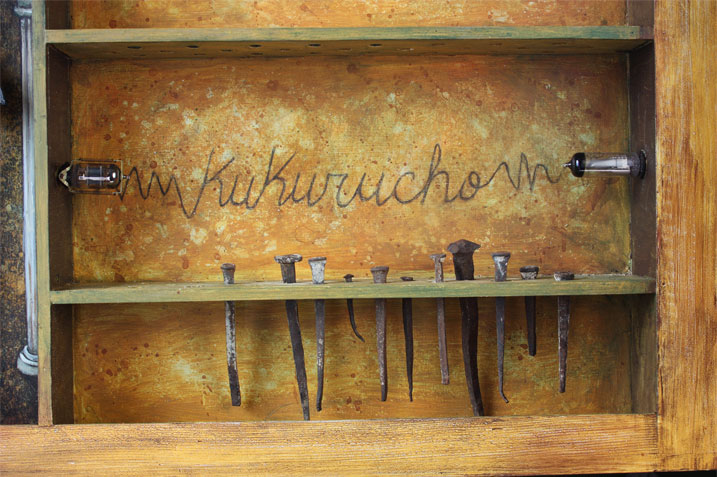 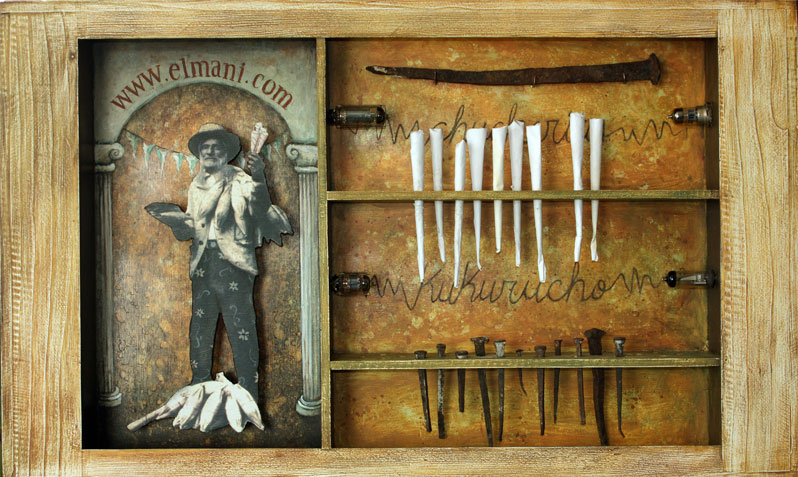 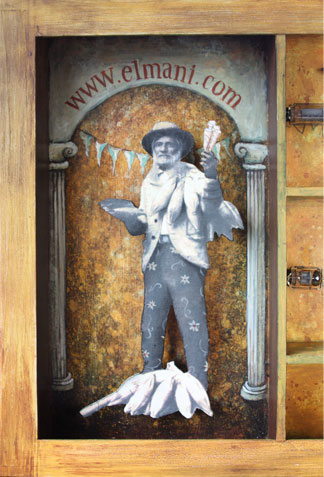 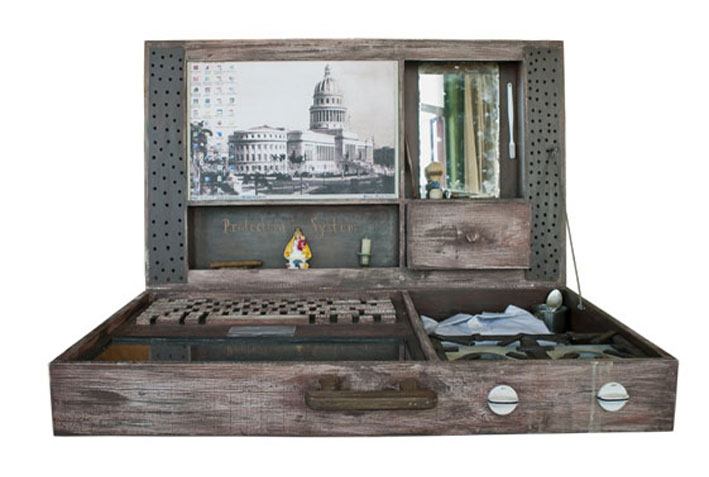