The Danger of The Subconscious 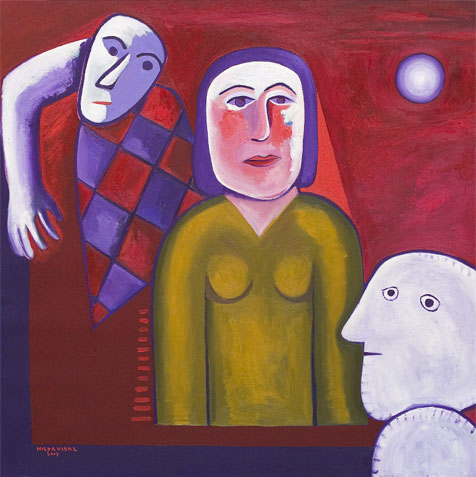 HILDA VIDAL’s work has evolved among us in an autonomous and at times somewhat evasive way. To form your own judgment about her you don’t necessarily have to start from generational or conceptual standpoints. Her painting has evidenced an organic capacity to excel the limits of time, the methodological and aesthetic norms without falling into extemporaneous or old-fashioned forms.

Ever since the artist made a name for herself in the decade of the seventies until our days, nothing or no one has made her renounce to the expressionistic manipulation of the human physiognomy. When she decides to halt along the way it is precisely to gather new formulas and skills, the way it happened with the series of earthenware and tiles in the eighties. Long before we realized the allegorical functionality that this trend might have in the turn-of-the-century conceptual painting (with that whole theory of the return to the craft and to the genres), Hilda had already become a true paradigm together with her husband, Manuel Vidal. Paradigm that as almost all of us know was additionally imbued by the spirit of a secluded, ascetic existence whose only tolerable luxuries were drawing and poetry. Trying to understand how the expressionistic figuration of these two creators continued to seduce us; how, in spite of the years, their simple, uninhibited, harsh characters had not lost one bit of vitality and impact, I gradually came to the conclusion that the key lies in the ontology of the themes incarnated by those figurations, in the power of synthesis with which both artists present the deductions of their deep inquiries; that even though their works follow art concepts and ethical and philosophical premises of the past, they still have not arrived to the safe port of their futurity.

The lack of restraint, the flexibility of Hilda Vidal’s compositional solutions, the ductility of the iconographic arsenal she has defended up to the present; the subtlety with which she seduces us and takes us from the apparent to the impenetrable, from the earthly to the metaphysical, have been strategies that have helped her avoid the setbacks of the art milieu Although I wonder if those setbacks ever truly worried her; if her acting followed a plan to counteract them or if she succeeded in doing it just following the dictates of her own conscience. However, I think it is in the born capacity of her painting to interrelate mistrust, puerility and sarcasm that the creator has found her best alibi, the alternative to protect herself from futile interpretations or historical reductionisms.

As if it were an improvised return to the seed, Hilda turns her glance and her thought over and over again to ontological dilemmas of the human being, particularly those concerning the subconscious and the way in which we face or avoid certain feelings; toward disquisitions that reactivate the dichotomy between appearance and reality, between public and private experience, but everything is expressed through codes; the artist herself has confessed more than once that she rejects the excessive literality or the explicit conceptualization. In my opinion, the first indication in the assimilation of her reflections is given by the titles (I am thinking of some very leading ones, like, for example, The Secret Silence and Your Memory, The Deadweight Carried by Memory, Childhood Has Returned or The Danger of The Subconscious); then there are the geometrical arrangements, the level of tension in the expression established between figures and objects.

It is even surprising that, in spite of her prolific pictorial production (this very exhibition had almost twice the number of paintings for the curatorial work), Hilda Vidals spatial equations have never fallen into stagnation or rhetoric; she always has a novelty, different structural projection at hand, according to the hierarchy of her enunciations on each occasion. The grading of shadows, in which different shades of blue, red, green and yellow prevail, are also important elements in the deduction of her metaphors and in the exaltation of certain atmospheres and states of mind. It all responds to a closely interrelated scale of meanings, as if it were the mounting of a very complicated puzzle.

While a considerable part of the art scene continues insisting on the alternatives of the ordinary reality; searching with a certain intellectual disdain the roads of civic existence, in Cuba or abroad, Hilda Vidal shows us her canvases as if it were a mirror, a mirror in which she too has examined herself carefully beforehand. Standing in front of them we discover all that we are or could be; the enchantment and stubbornness of inner life.

The deadweight carried by memory

The darkest corner of the breeze

The discoverer of the night 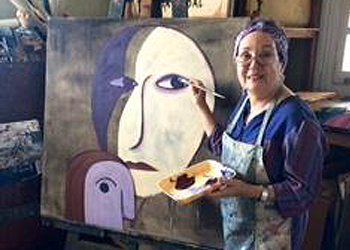 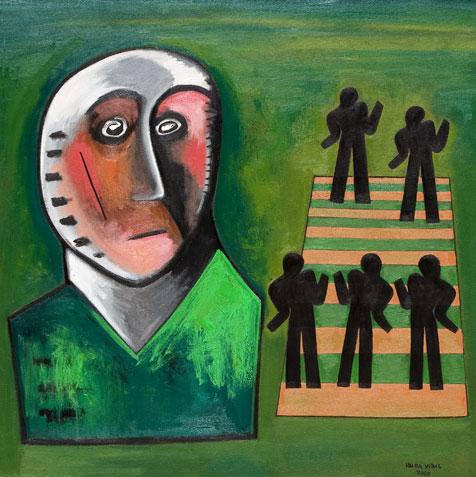 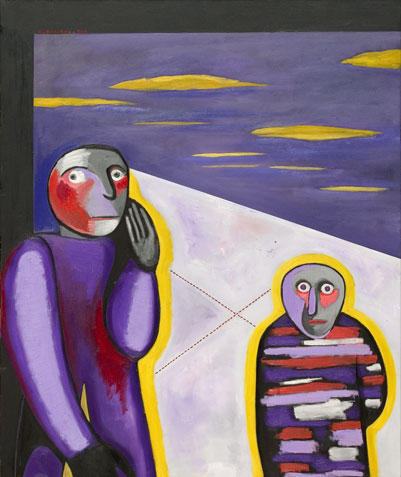 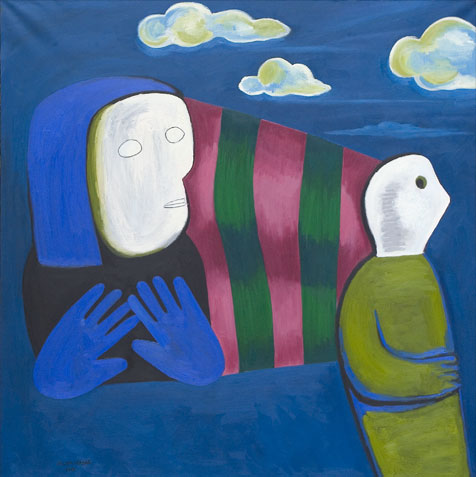 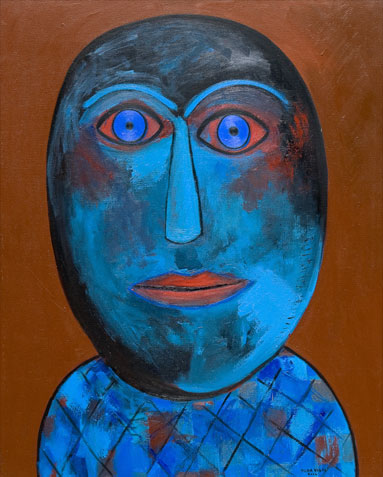 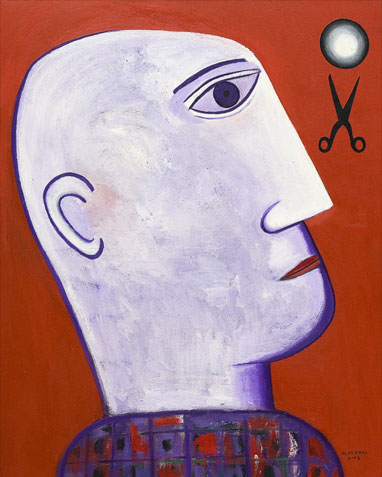 Ask
The darkest corner of the breeze
Hilda Vidal Valdés 2007

Ask
The discoverer of the night
Hilda Vidal Valdés 2004