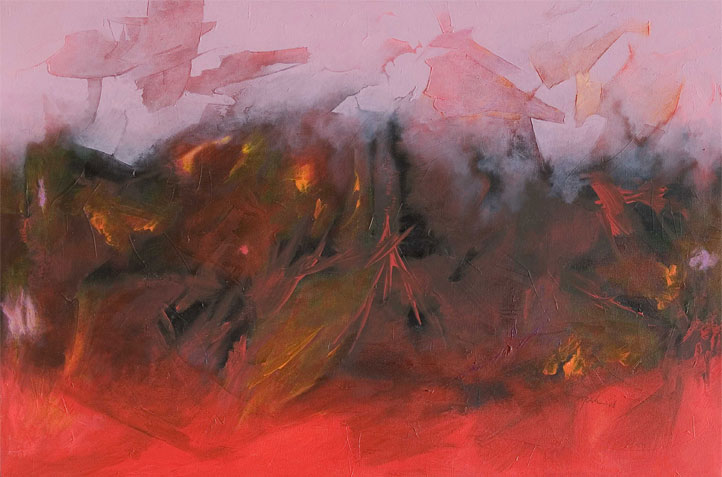 Santoserpa
With a light glance one perceives that the color is essentially the resource that allows distinguishing one piece from the other in the ensemble, suggestive vegetal world that loosens itself in the very border of real and imaginary. Vegetal beings with human will, sweetly twisted in their virtual dynamics, mixed, independent, achieved in an intelligent range of colors exhibited in their diverse intensities, animated to respond to the calling of one that knows them well and convinces them: the Owner of colors. All respond to his calling, helpful and docile to fulfill the command of the senses, and end by being the syllables of his words, the words of his discourse of transparent syntax that respects the order of the gradation and the good neighborhood of the complements.
Concepción Otero
March 2002

Vinardel.
In parallel to the amplitude of the theme, the physical and the historical time: the material corrosion, the impairment of the environment and of daily things; the painter has liberated his glance from the narrow and decayed wall to the urban stretch in ruins, to the total city landscape blackened by the sun of the zenithal hour. (There are no green pigments in his coloring: the flora is extinguished.) In his last visionary station, the painter already does not perceive the city from inside, but contemplates it from its limits, in the centenary seaside highway which Lezama echoing Juan Ramón Jiménez observation affirms is there to be seen in its magnificence, with supine ignorance of the sea. But Vinardell goes beyond and pictures that theory with endless buildings that vibrate, stumble, fall or rise, resisting saltpeter, discolored by the unceasing shining of the light, and does so from the distance of the waters, from the bewildering distance of abstraction.
Pedro de Oraá
3. VIII.2004

Vázquez Martín
That constant element of his personality as a painter is also present now, though differently, in beautiful paintings (it is no sin to call them that), where the intimate discourse mixes with the environmental perceptions, and where the recognizable is veiled, while the subtle impressions gain considerable form. No one would be doing the right thing if Vázquez Martíns production were to be pigeonholed in any of the moments of irruption and new irruption of abstractionism, whether lyrical, art autre, color painting, post or neo. His style (a term that is not to be discarded, either) skillfully fuses organic with geometrical, order with dissonance, accurate vision with suggestion. It is a language both mixed and syncretic in itself, and provided with a strong load of the pleasure felt when handling the possibilities implied in the work through the materials, instruments and procedures of the craft. This is, precisely, the key to his painting: being, above all things, paintings to be contemplated, responding to his careful sense of elaboration, projecting a hedonism refrained in the channels of art sensibility, and achieving the balance between the impulses of emotion and the almost Cartesian organization of his designs.
Manuel López Oliva
Magazine UNION, No. 20, 1995

Pedro de Oraá
Although his search leads him to tend to what has been called hard edge abstraction, i.e., defined and precise forms outlined in pure colors, Oraá behaves, in the first place, like a poet who finds in the relations of form and color a suggestive effect, capable of being communicated at first glance to the spectator. However, his work is rationally programmed regarding its execution; the form has been studied, but the poetic quality emerges from the freedom to compose and organize the ensemble based on forms that form a vocabulary as a whole.
Oraá starts from reality to reach a pure form in which the synthesis that has led him to an ultimate harmony is fixed. Forms toned down by a peculiar vision that responds, as we have said, to the conviction that the more visual a work, the more conscious its author is of the values that make it an autonomous language.
Juan Calzadilla
(Venezuelan critic)
1975

Julia Valdés
Throughout her life and in her work, Julia Valdés has never come to a standstill with accepted formulas, but has tried to give a personal and updated answer to each turn of the screw in art. In that way, as a creator she has been one of the least impaired by the ups and downs of fashion and misunderstandings.
The dialog with the work of this artist is established as part of the aesthetic intimacy, in the dialog between one and the other subject; through the work of art, the object, in which growth is not given by the easy interpretation of a theme but by a continuous reference to emotion, the same as happens in music.
Lázara Castellanos
Art critic

Abstraction without Literature No. 5

Knocked down and exhausted, I do not give up 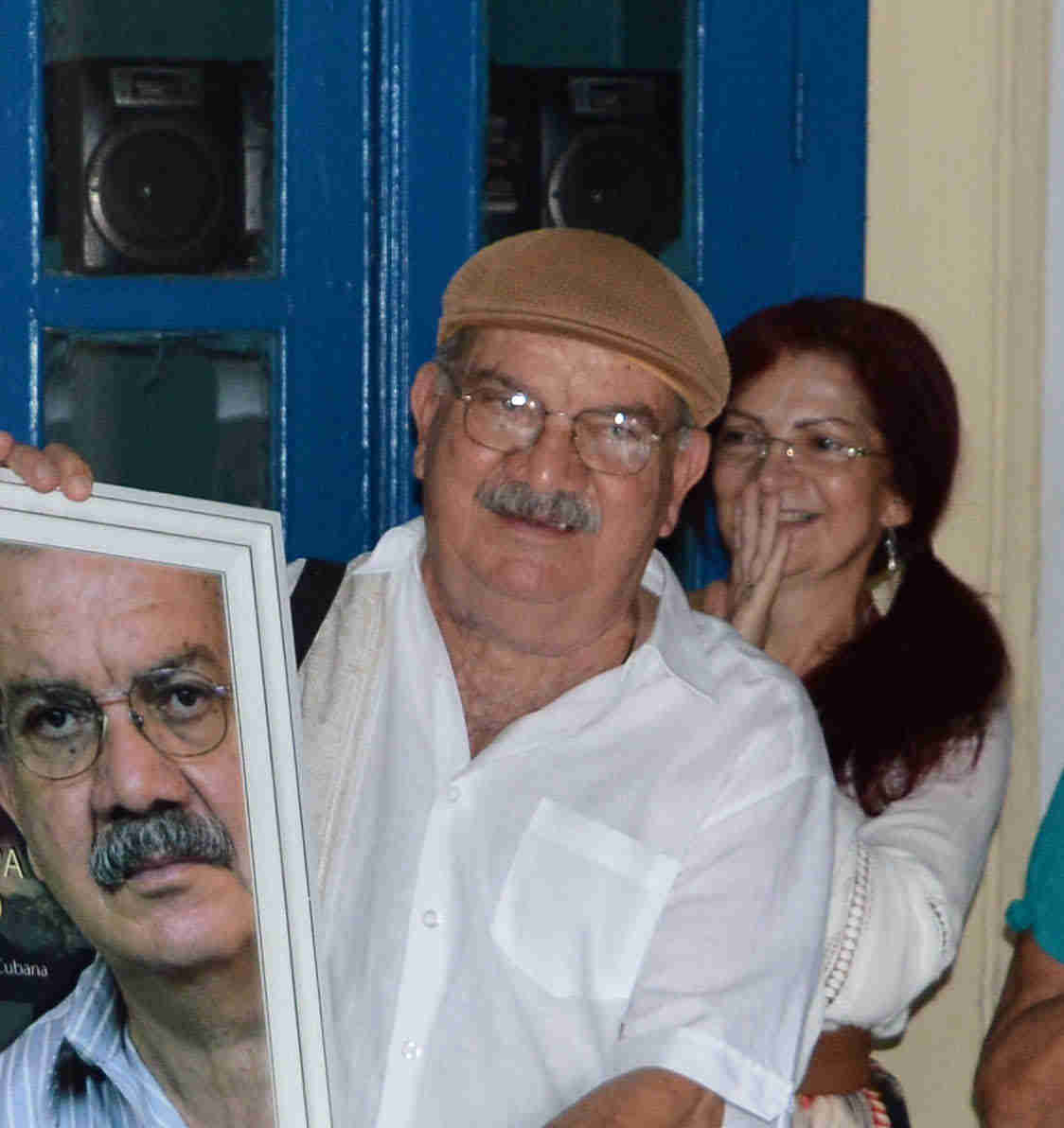 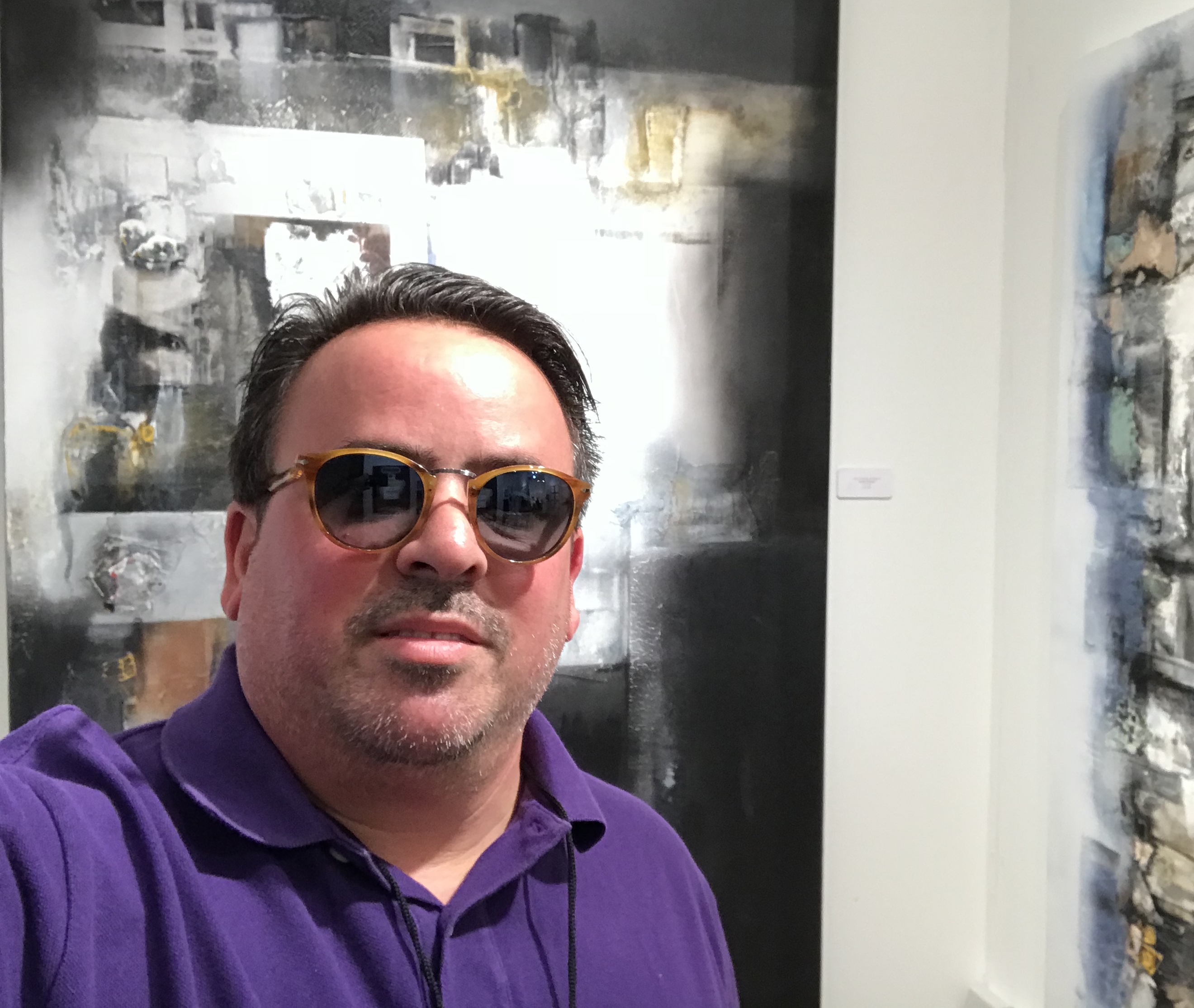 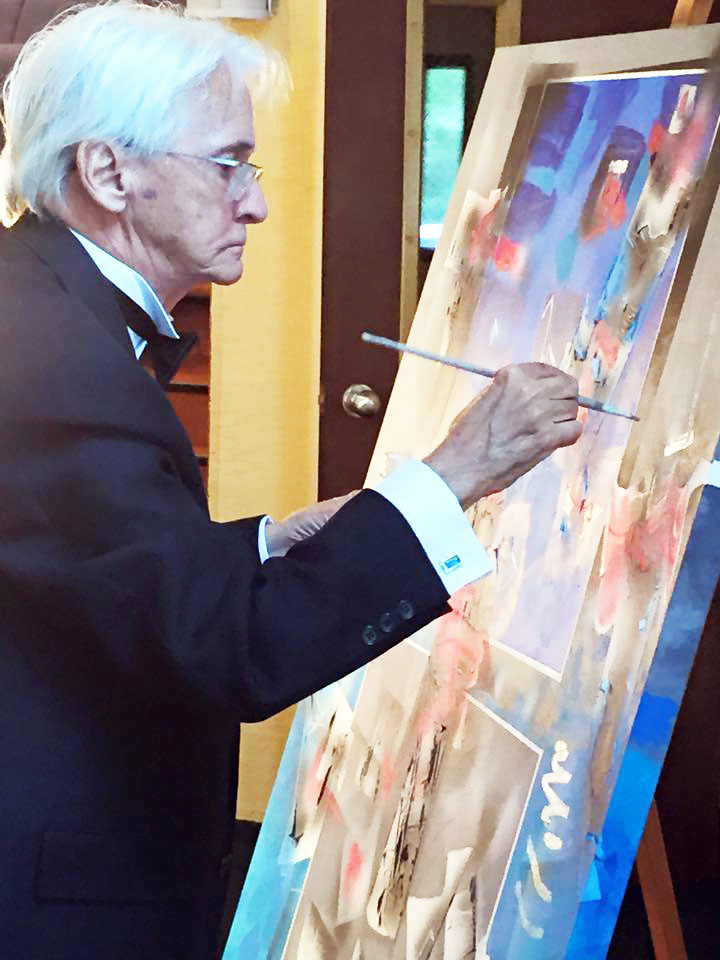 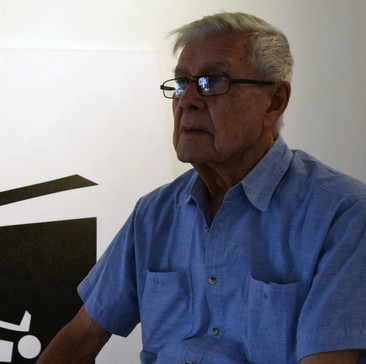 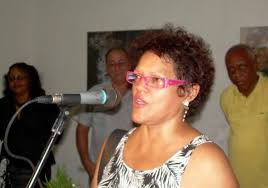 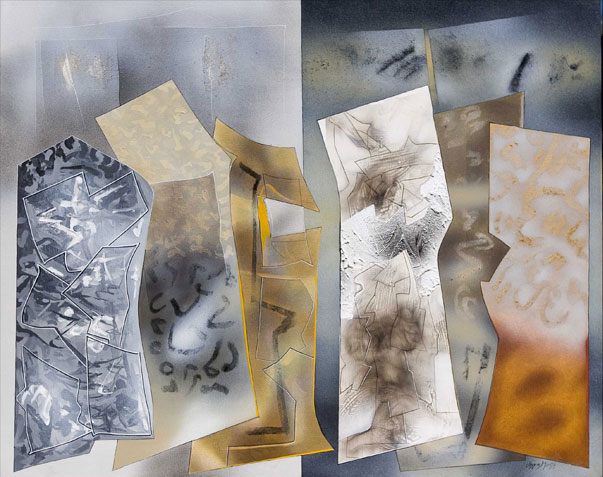 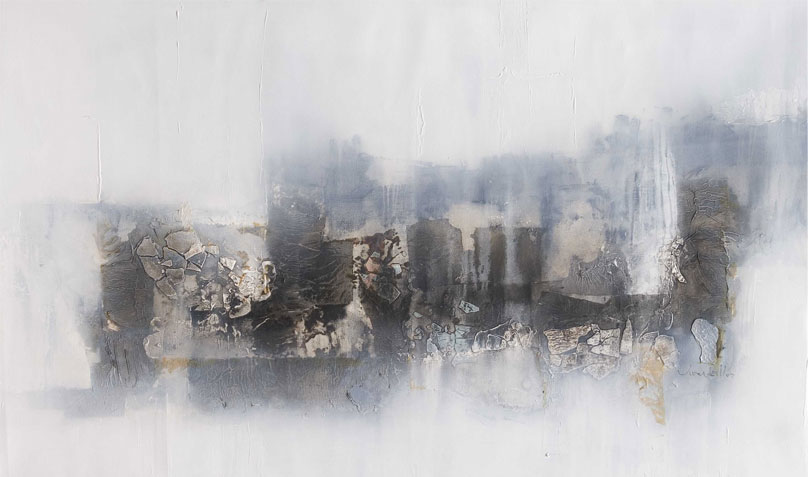 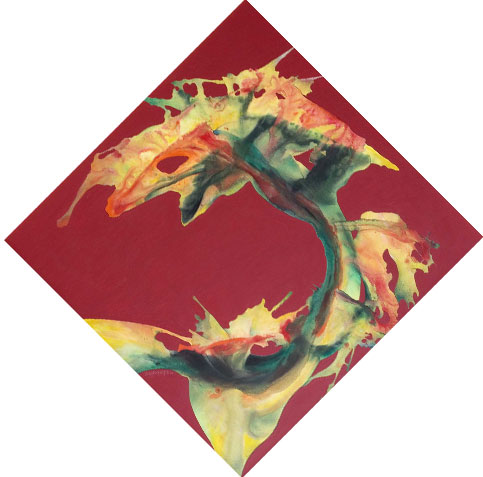 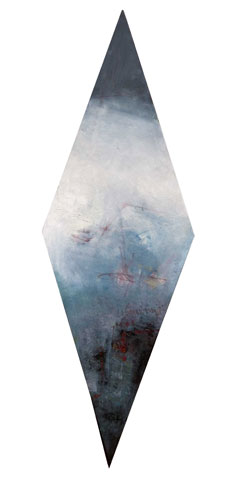 Ask
Knocked down and exhausted, I do not give up
Raúl Santos Zerpa (Santoserpa) 2007